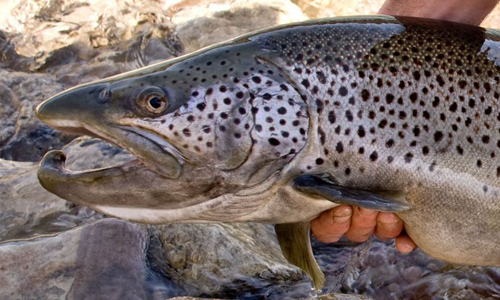 River conditions improved this past week on the upper Salmon River which resulted in better steelhead fishing. River flows remained above average, but the river’s visibility increased throughout the week. The majority of anglers were observed fishing near the Ellis stretch in location code 17 or upstream of the East Fork in location code 19. These were also the areas where anglers had the most success.

Currently the Salmon River is flowing at 2,910 cfs through the town of Salmon, ID which is 247% of average for today’s date. Water temperatures on Sundayranged from the low-40s near Stanley to the mid-40s near North Fork. As of Friday March 24th, the Pahsimeroi Hatchery had trapped 1,473 adult hatchery steelhead, and as of Thursday March 23rd, the Sawtooth Hatchery had trapped 342 adult hatchery steelhead.