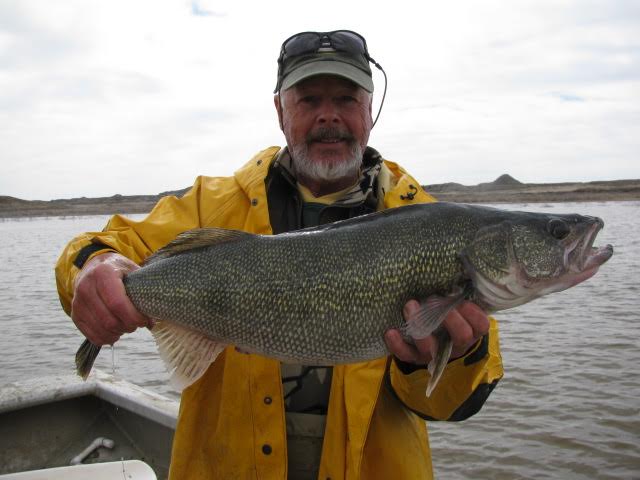 According to Heath Headley, Montana Department of Fish, Wildlife and Parks’ Fort Peck biologist, agency staff and volunteers are again trapping fish and taking eggs from areas in the upper Big Dry Arm of the reservoir. “The reservoir is about 2.5 feet higher than last year,” Headley said, “but we will continue to focus the operation near Nelson Creek.”

FWP staff have been working on setting up spawning barges, holding pens, and test nets since the first week in April, and have begun spawning walleye.  Headley figures they are in full operation now.  “We are looking to continue until we have our goal for this year, which is 50-60 million eggs.”

“The activities of fish are very dependent on water temperatures, and you never know what is going to happen with spring weather in eastern Montana,” Headley noted.

79 million walleye eggs were collected in 2016, and the Fort Peck and Miles City state fish hatcheries maximized production resulting in 2.3-million fingerlings and 20.5-million fry stocked back into Fort Peck Reservoir and other water bodies throughout the state.

Folks can follow the 2017 walleye spawn on the FWP Region 6 Facebook page, administered by Region 6 Information and Education Manager by Marc Kloker.  Updates will include egg collection totals, status of the spawn, and photos and videos.

“This is a wonderful way to keep the public updated on our walleye egg-collecting efforts on a weekly basis,” Kloker said.  “Providing photos and videos of the fish, volunteers, and the operation in general will give everyone a virtual first-hand experience.  Please “like” and “follow” by going to the Region 6 Facebook page at facebook.com/MontanaFWP.R6.”