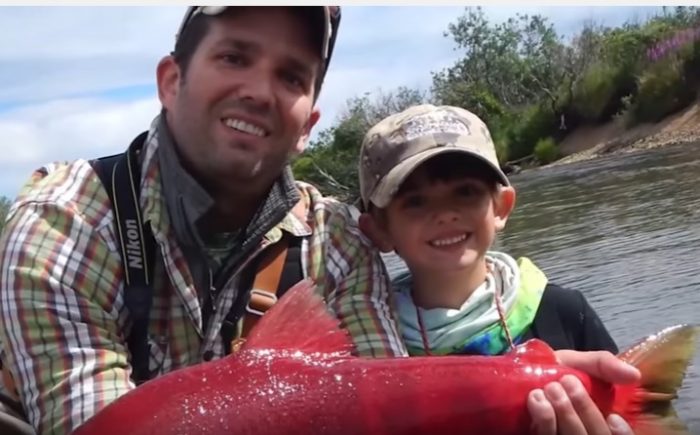 Donald Trump’s sons were targeted by the liberal media for their hunting photos a while back, but nowadays, what hunter/trapper isn’t?  I still get threats and messages from anti-sportsmen from my hunting and trapping pictures posted in articles and on social media.  You know who they are–the people that hide behind their computer screens and base everything “discussion” (aka attack) on emotion rather than facts and actual statistics?  Interestingly enough, I have yet to receive a comment from an anti on a fishing picture I have posted.  Hmmm.

Anyway, for those of you that haven’t seen Don Trump, Jr.’s speech from the 2016 Western Hunting and Conservation Expo, give it a look to know what kind of family is in office.  Yes, I know that this is not the actual President, but with Junior’s and his brother’s take on hunting, I am sure there will be support from the President.  It is so nice to know we have a first family in office that supports and understands conservation through hunting and understands the importance of hunters, trappers and anglers in managing our wildlife.  Another good reason to have Interior Secretary Ryan Zinke, also a hunter, in office, too.