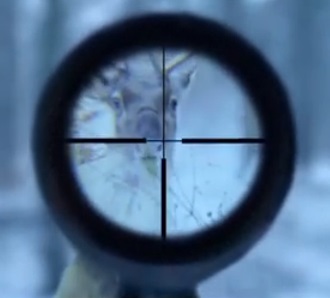 Should you use Loctite to mount a scope?
By Moosetrack Megan

In the last couple of weeks we have had a few people bring in guns that either needed scopes on them, needed the scope re-mounted, or just had questions about it.
Its no secrete that mounting a scope can be done at home by most gun enthusiast. The question that came up in conversation and in the mounting of scopes was do we use Loctite?
The quick answer is no we don’t, not unless something indicates to us that it is needed. Most of the companies that make rings and mounts recommend not using Loctite for a couple of reasons.
If you use Loctite it may make it hard to take the screws out later if you have a reason or desire to remove them, it may even cause the screw to become hard to remove.
If you have ever had a screw “strip out” when trying to remove it then you know the pain it can be to get it out. Todays makers actually make the screws so that if they do strip out you can take a punch and shatter the screw and then pick it out. Nice and simple not easy outs, not re-tapping the hole.
Instead of using Loctite we prefer to use a torque wrench that measures in pounds per inch. All manufactures have a prescribed amount that they recommend. This is information for ring and base screw specs from Leupold: base screws 14 in/lbs, ring screws, 15-17 in/lbs, and 45 in/lbs on the windage screw, 65 in/lbs on the cross bolt for the Mk IV ring. Previously, they told us that base screws with 6 or more threads of engagement would require 22 in/lbs, 6 or less 12 in/lbs.
I know someone is going to say I have a Super Hard Hitting Magnum rifle that has so much recoil! The above specs from Leopold are for up to a 375 H&H magnum. If you feel that you cant get by with standard equipment remember most of the screws are 6-40 or 6-48 (thread per inch) you can always have them re-drilled and use 8-48.
Like I