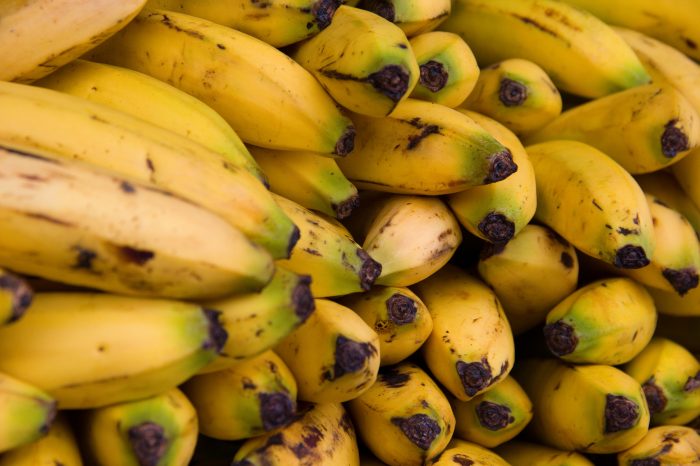 Just Say NO to Bananas on Boats…
By angelamontana

Have you ever heard of anglers not allowing bananas on their boats?  Well, it is a real thing, and, yes, it comes from somewhere.  Gord Pyzer with Outdoor Canada wrote an interesting article on the theories behind it and where the anti-banana thing could have originated.  You can also check out the Snopes report, if you don’t believe that this is an actual superstition–if you are all about the credibility of the internet.   Check it out, and let us know if it will make you think twice about having bananas on your boat…

Yes, we have no bananas

For centuries sailors have tried to steer clear of bananas. Here’s why 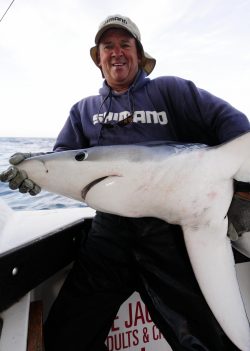 I spent an enjoyable day in the backwoods last week exploring a new lake with friends Carolyn Kosheluk and Bruce Hodgson. But it could have been disastrous.

You see, at shorelunch, Carolyn took out a banana from one of her backpacks and started eating it. That’s right… a banana! As any person who spends any amount of time on the water will tell you, bananas and boats do not mix. Bananas are the forbidden fruit—the root of all sea-faring evil.

It’s not known how the superstition got started but one theory has it that back in the 1700s when bananas were transported by creaky, leaky, top heavy wooden ships that when one went down with all hands on board, the only evil things left to mark the watery grave were floating yellow bananas.

Another conjecture from the same sea-faring era has it that when the huge clusters of bananas were hauled aboard the wooden boats and stored in the sweaty holds below, poisonous spiders, snakes and other vermin would crawl out from between the leaves and fruit and terrorize the crew during transport.

Still another theory is that because bananas spoil quickly, the rickety old boats had to sail very swiftly to deliver the perishable cargo. And then the fishermen on board couldn’t catch enough fish to feed the doomed crew.

The most plausible explanation of the “bananas are bad luck” superstition, however, is the fact that bananas secrete ethylene gas as they ripen, which causes any other perishable food items in the vicinity to spoil much more quickly. So, the crew aboard an old wooden vessel, sailing between the tropics and England, would find itself cursed when it discovered its storehouse of nourishment suddenly rotten.

Whatever the basis for the superstition, the fact of the matter is that bananas are verboten on most fishing boats to this day.

Indeed, I’ll never forget stepping aboard good friend Art Gaetan’s charter boat berthed in the Eastern Passage, not far from Halifax, Nova Scotia. Art (above) runs Blue Shark Charters, a true “bucket list” fishing trip, and he typically fishes in the shipping lanes well beyond the sight of land in the Atlantic.

And the first thing you see when you spot his gorgeous, sleek, well-appointed charter boat is a humongous decal of a banana with a thick red diagonal slash going through it. Understand what I am saying?

Art spent his entire career as an electronics/sonar specialist in the Canadian Forces, serving overseas on a destroyer during the Balkan conflict. He has ridden out hurricanes in the middle of the Atlantic Ocean when many of his shipmates suffered broken arms and legs after being violently thrown about the boat. His destroyer was once “locked-on to” by land-to-sea missiles during the war. He hand bombs 300- and 400-pound teeth-laden sharks into the boat, and then lays on them while he carefully inserts a tracking tag into their body, as part of a cooperative scientific study he is undertaking with the Bedford Institute of Oceanography.

Though one the nicest guys you will ever meet, Art is also one of the toughest. And yet, he worries about bananas coming onto his boat. To think that Carolyn, Bruce and I flirted with such disaster last week!