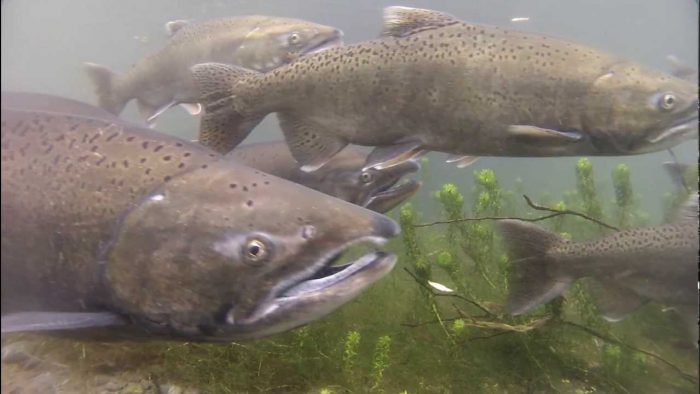 Clearwater and Salmon River fishing closures on May 24
By angelamontana

The section of the Snake River from Dug Bar to Hells Canyon Dam will remain open because it is unlikely that Fish and Game will be able to trap there this year, and impacts to natural fish are not an issue in that stretch.

“It makes sense to simply go ahead and harvest those fish,” Fish and Game’s Anadromous Fish Manager Sam Sharr said. “The water levels are still way too high to trap, and earlier high flows and massive amounts of debris severely damaged the trap.”

“Despite recent modest increases in fish counts at Bonneville Dam, it is very unlikely that those increases can overcome the deficit accrued in the previous weeks,” Sharr said.

Fisheries managers concluded the total number of adults returning are insufficient to support harvest, and they’re also concerned there may not be enough to replenish all hatcheries.

They also expect that returns of natural-origin Chinook salmon to the Salmon River will be far below forecasts and below the minimum criteria set for incidental hook-and-release mortality. Although natural-origin fish can not be harvesrted, it is assumed a small percentage of them are accidentally killed during a sport fishing season.

On Thursday, May 18, Fish and Game commissioners postponed a decision on whether to open a summer Chinook season on the Clearwater, South Fork of the Salmon River and Upper Salmon River until the department gets a better look at how many of those fish are returning. Counting for the summer runs begins June 1 at Bonneville Dam.