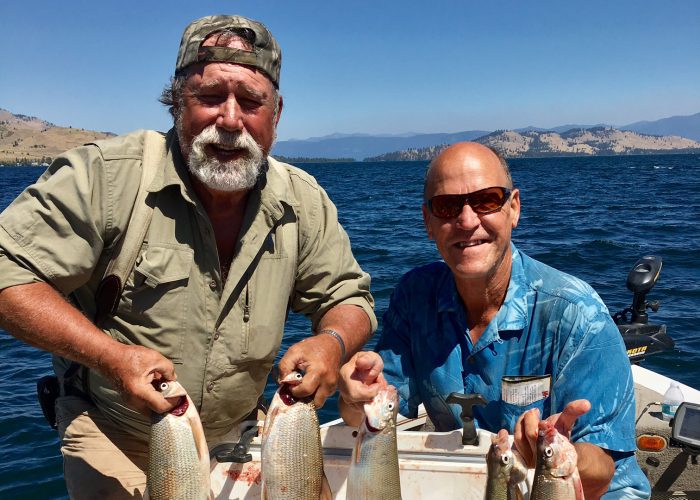 It was another Whitefish Day on Flathead Lake
By angelamontana

The Captain was joined by Jim Johnson from Hi Country Snack Foods in Lincoln and Ross Tate from Missoula on Tuesday on Flathead Lake. The trio had to work for their whitefish, but, overall, it was a great day. They caught fish everywhere they went!

They started at a spot around Walsted Boat Ramp, and from there they traveled to Elmo Bay and then headed over to Rollins by the Lutheran Camp. After a good hour of catching whitefish at Rollins, they headed back to Big Arm and fished by the blue slip slide and brick boat house in 50 feet of water.  In fact, most of the whitefish they caught were in 50 feet of water.

From 12-2:20 in the afternoon at Big Arm, the bite was consistent with good size fish. They filled a cooler. It was a great day!

They were using the fly set up and Rattle D Zastor from Zimmer Tackle all morning and afternoon long tipped with maggots. Bob Wards in Missoula just received a new shipment of maggots, ready to go whitefish fly set ups, and rattle d zastors on Tuesday evening! Hurry in before they are all gone!

A lot of folks are having success fishing for the whitefish this year on Flathead Lake. Tuesday, there must of been at least 40 boats in the Big Arm and Elmo Bay area.

Make plans to take the kids out–it is a lot fun! 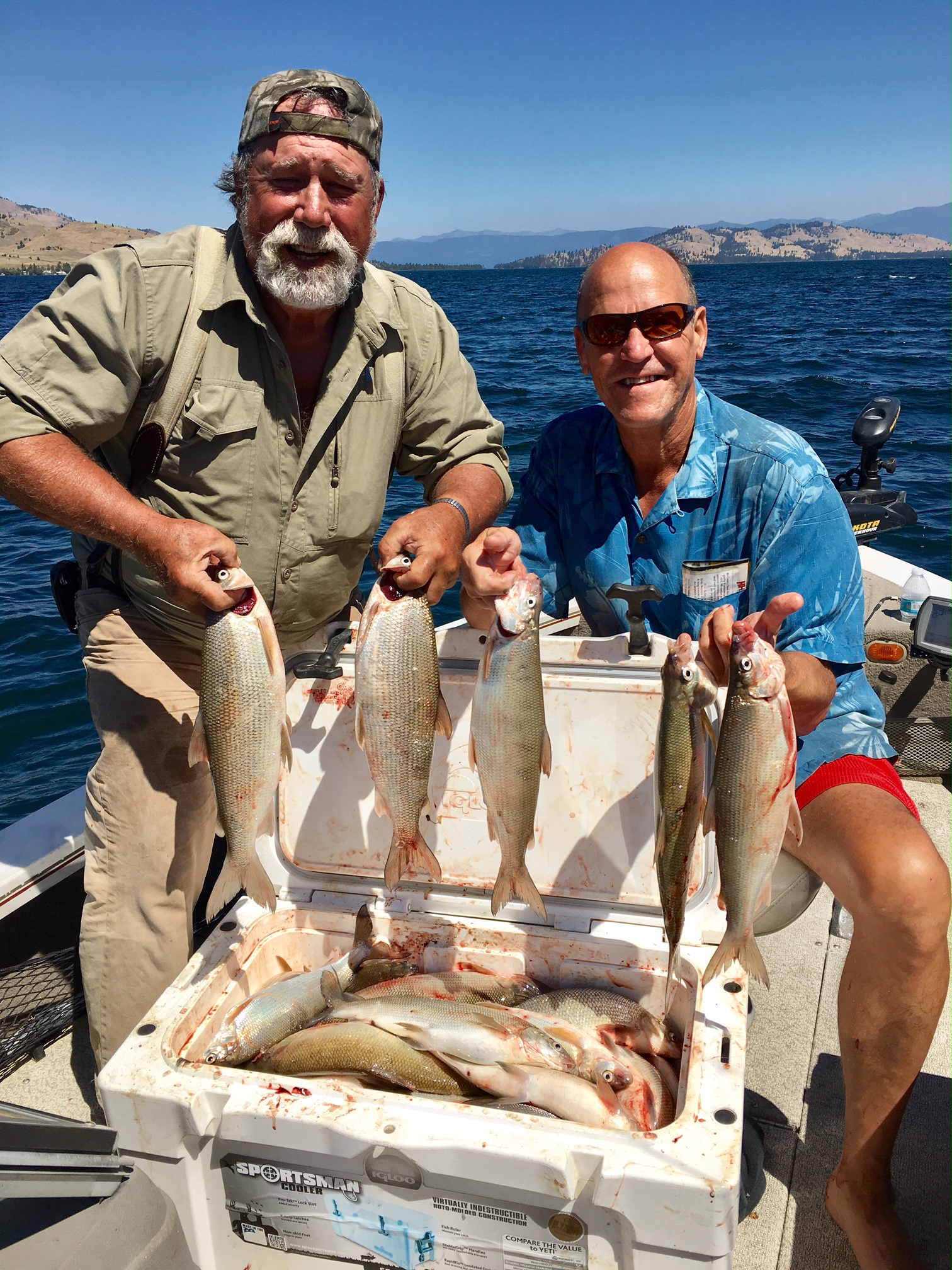