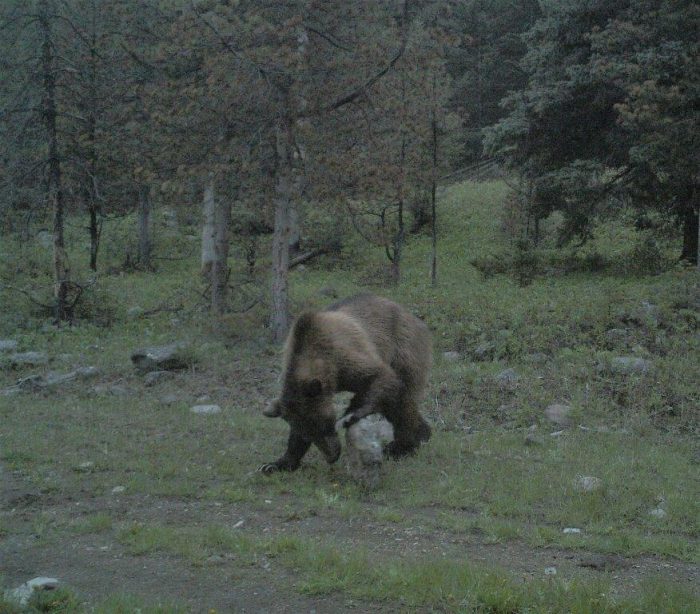 Wildlife biologists have confirmed the presence of a grizzly bear in the Big Belt Mountains west of White Sulphur Springs.

A photograph of the 3-and-a-half-year-old bear was taken this summer by a remote trail camera Fish, Wildlife and Parks was using in a wolf monitoring survey.

The animal appeared to be alone, and FWP is not aware of any conflicts it was involved it. It’s unclear where the young bear came from. The Big Belts separate the Helena and White Sulphur Springs valleys.

This is the second grizzly bear sighting this year in areas the species has not been present for a long time, maybe even a century.

FWP has taken a series of steps to help deal with the expanding grizzly bear population along the Front, which is part of the Northern Continental Divide Ecosystem.

In addition, the Department has also held numerous public meetings, asking people who live in bear country to be bear aware, including picking up food attractants and protecting livestock.

Home owners in bear country should take down bird feeders, secure garbage inside a closed garage or secure shed, feed pets inside, clean up chicken and livestock feed, and in general remove all odorous substances that can draw bears.

Black bear hunters also need to know the difference between black bears, which are a legal big game species, and grizzlies, which are a federally protected species in north central Montana.

(Report and photo via Montana FWP)