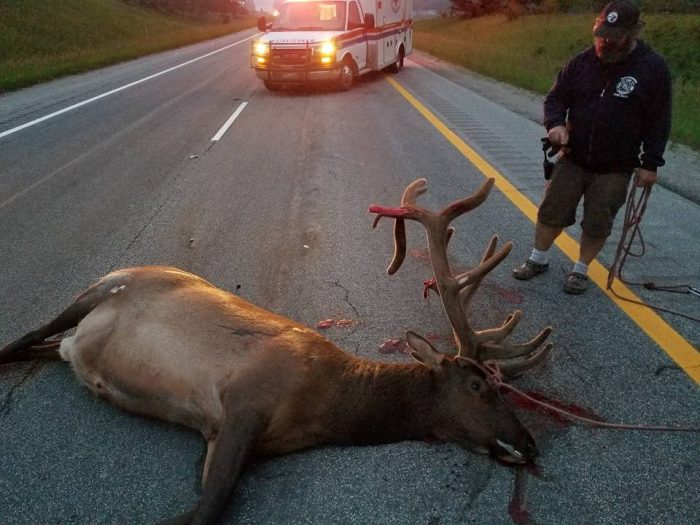 As we all know, living among wildlife, there are situations that are probably not going to end well–such as when a bull elk crosses a road when there is oncoming traffic–and that is what happened on the morning of July 1st near Cheboygan, Michigan.  We know this isn’t from Montana, but we still wanted to share this to remind people just how devastating it can be to collide with an elk–and all other wildlife, for that matter–regardless of the area you are located.  Sean Burton witnessed a bull elk and an HHR collide and posted the pictures below on Facebook.

Somehow, thankfully, everybody who was in the vehicle only suffered minor injuries, but, obviously from the pictures, the bull and the HHR didn’t make it.

Watched this HHR hit this elk at 5:30am today… Be safe guys! Josh Brian

Happened at I75 and wolverine road about 30 minutes South of Cheboygan.

The lady had the cruise control on and hit it around 75 mph. Everyone was fine over all but has some fine glass shard cuts. Of the three people in the car, both passengers had minor cuts.

I was maybe two football fields if that behind her when she hit it. 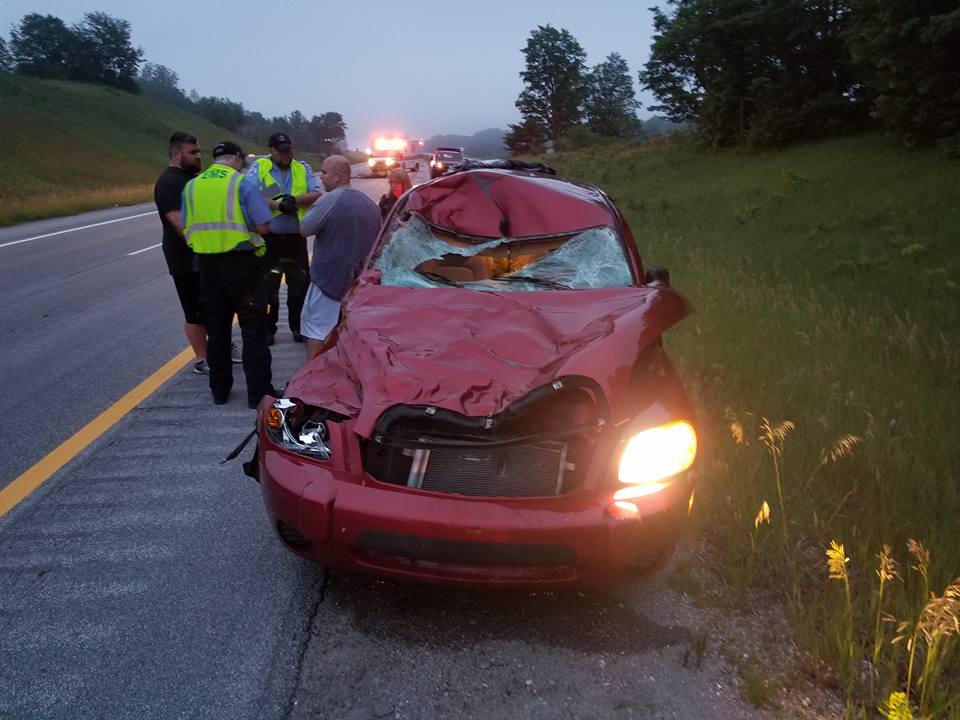 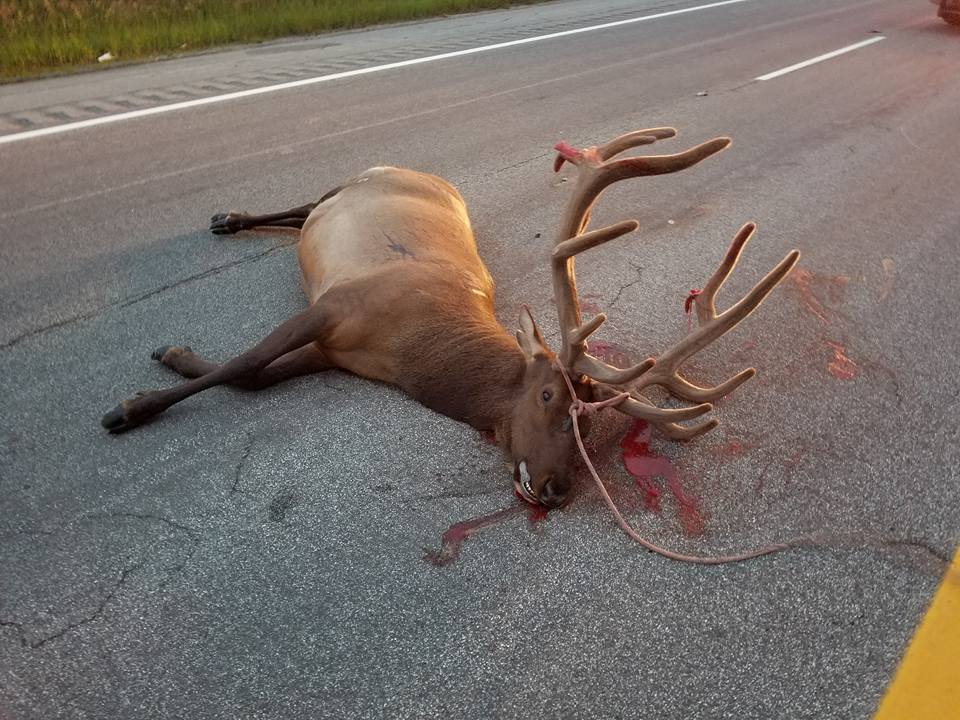 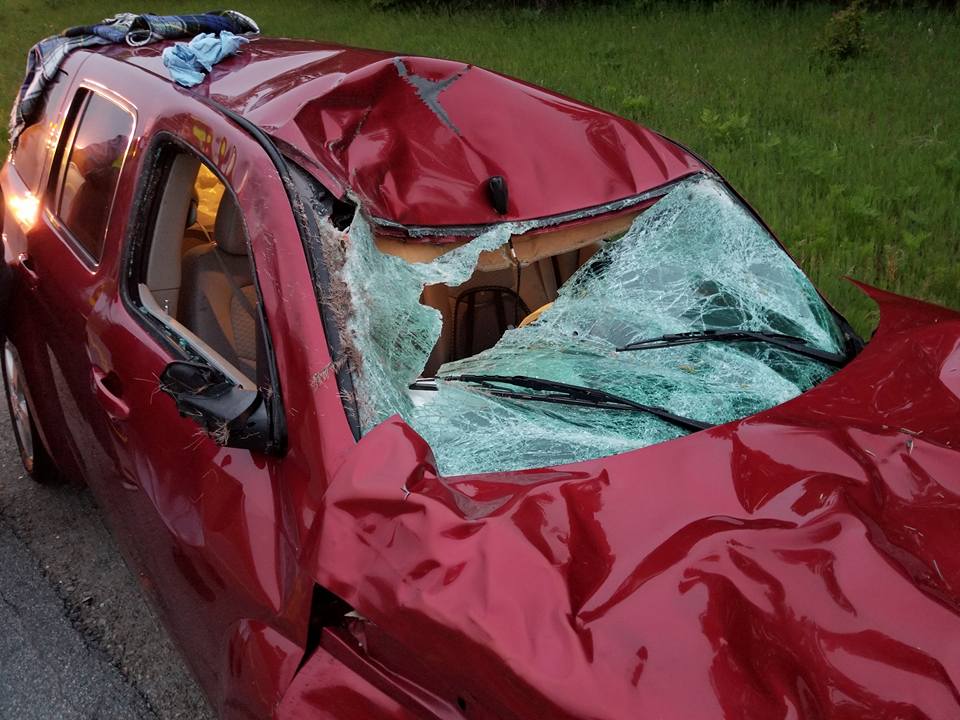 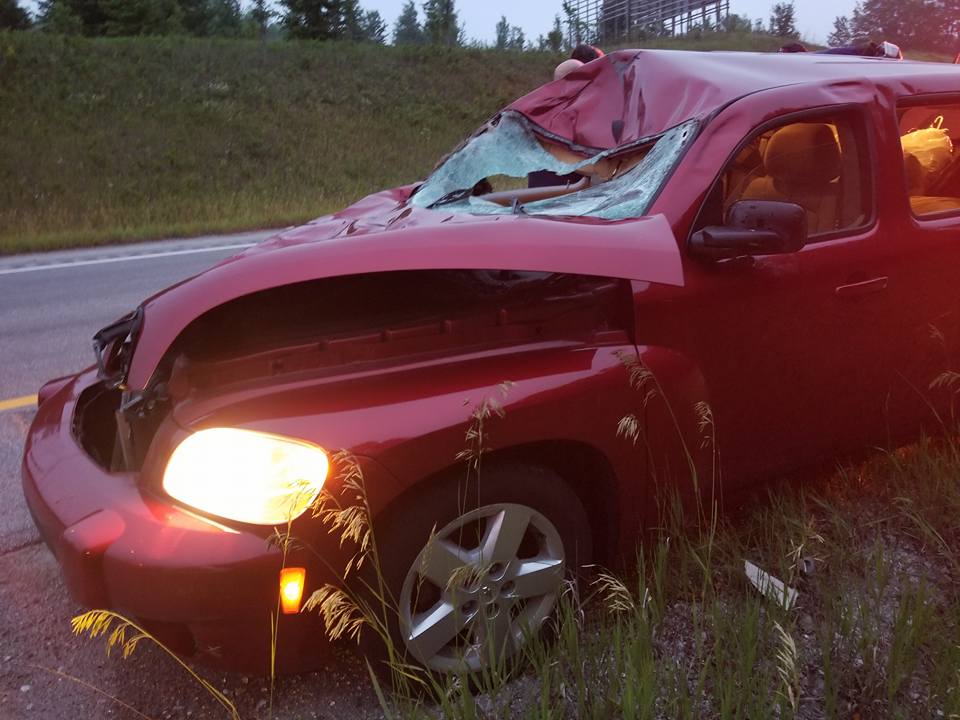 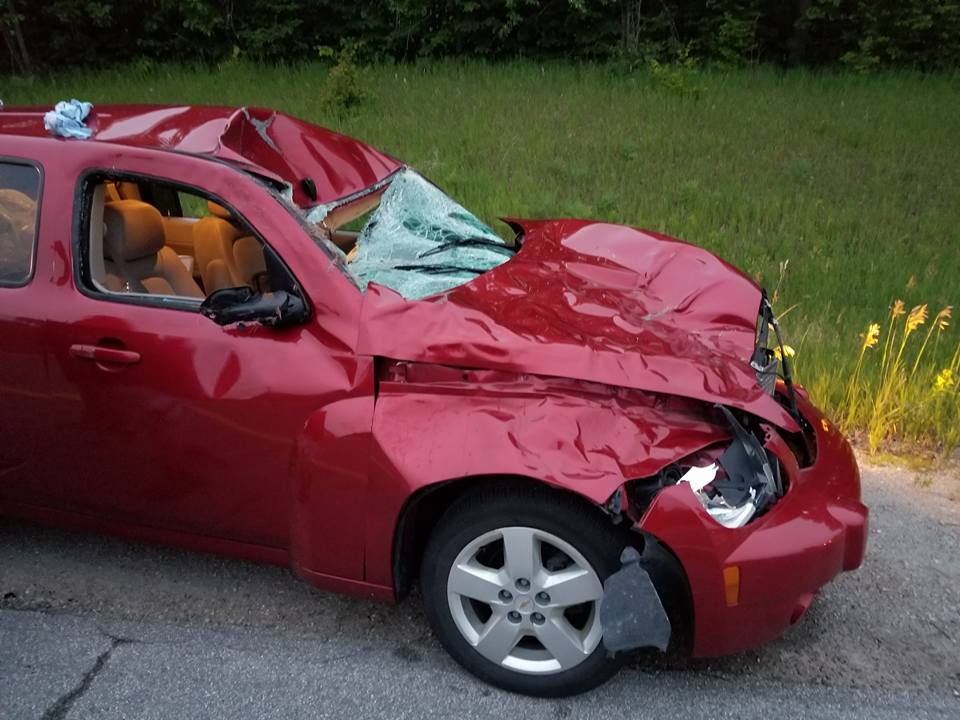 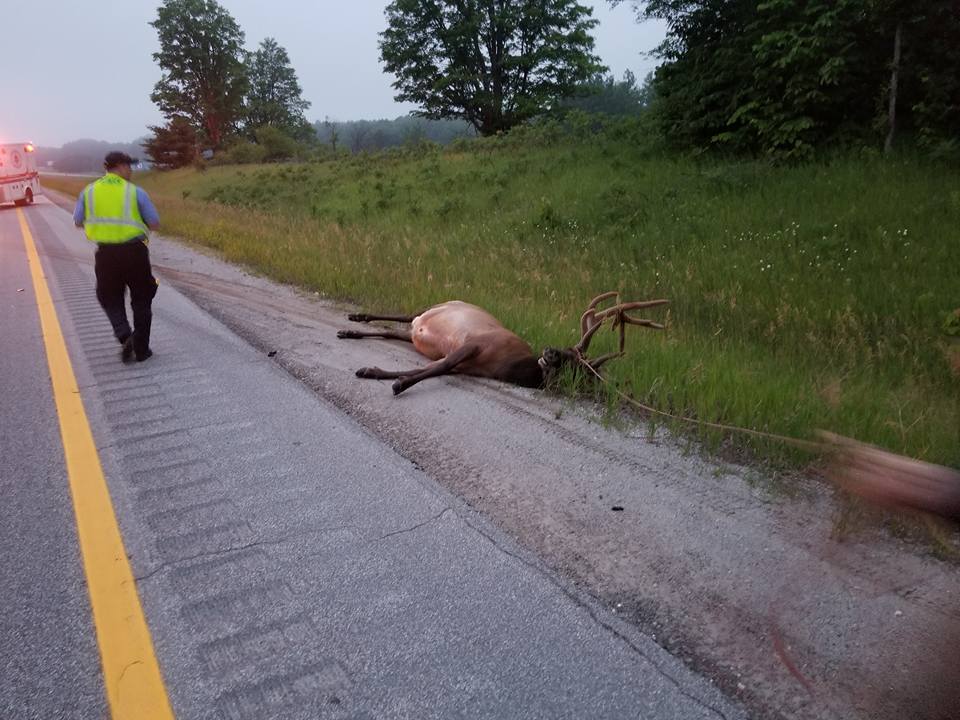 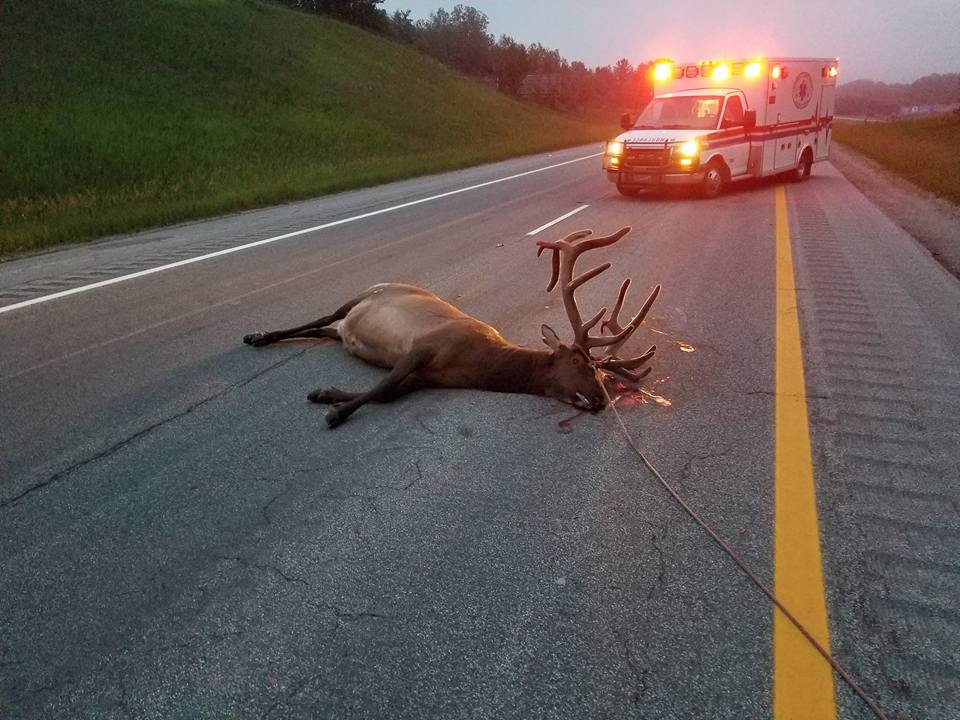