The Classic Argument (by Colonel Smoothbore)
By angelamontana 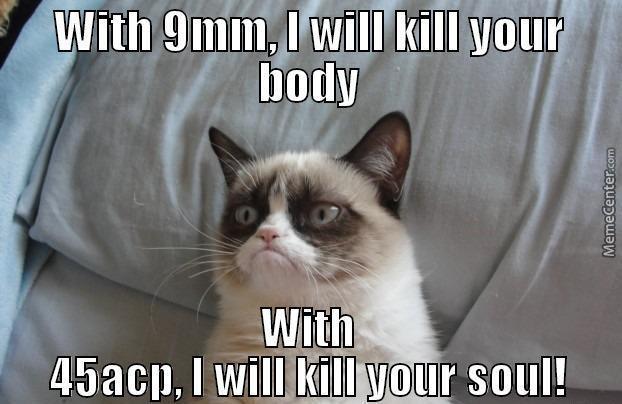 Last week we looked at some of the criteria of a good concealed carry cartridge. We looked at the needs of not only new and novice shooters, but also the experienced handgunner. Now let’s look at a bit of the latest data and trends with the old .45 vs. 9 MM.

The most important factor in a lethal force situation is making sure that any shot(s) are well placed and penetrate to vital areas. One should only use lethal force to stop a lethal threat, no more, no less. One must stop using lethal force when the threat ceases to exist. Contrary to what one sees in movies and on TV, most often handgun hits, even in vital areas, may not be detected. Bad guys don’t fly off their feet when hit by a .45 or just about any other caliber short of a bazooka, and they rarely drop on the spot unless a major neurological area (brain) is heavily damaged or

30 years ago when the 9 MM Luger really started to become popular in the U.S., about the only bullets available were full metal jacket non expanding types. These were not very effective at stopping threats as they simply passed through the body doing little damage to vitals and surrounding tissue. As such, they earned a not so shiny reputation as fight stoppers. 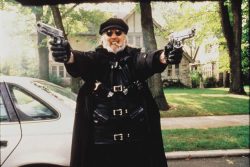 Fast forward to today. We now have numerous projectiles from a plethora of manufacturers that have made not only the 9 MM Luger, but also the .380 and others, viable self-defense cartridges. These effective, light recoiling rounds have given people the opportunity to carry easily concealed handguns that they can shoot accurately and offer much more comfortable practice. And regular practice is what the CWP holder must undertake; to not practice at regular intervals is simply irresponsible.

There have been several recent studies, most notably those of the FBI, that have compared various properties of the many handgun self-defense cartridges. I’ve included some photos of ballistic gelatin results. Here are some of the conclusions: 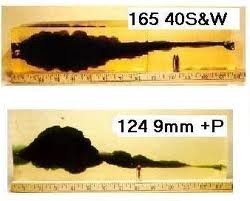 The FBI has abandoned the .40 S&W and U.S. Marine Corps Forces Special Operations Command (MARSOC) has exclusively adopted the Glock 19 (9MM). Many Law Enforcement and military SOCOM units have also opted for 9 MM Luger chambered pistols. It seems to be a trend.

So here we are once again arguing over the merits of the .45 versus the 9. I won’t state that one is better than the other, I simply don’t know. I do know that with the proper ammunition, training, and mindset, I’m comfortable carrying either one and that’s a good thing.