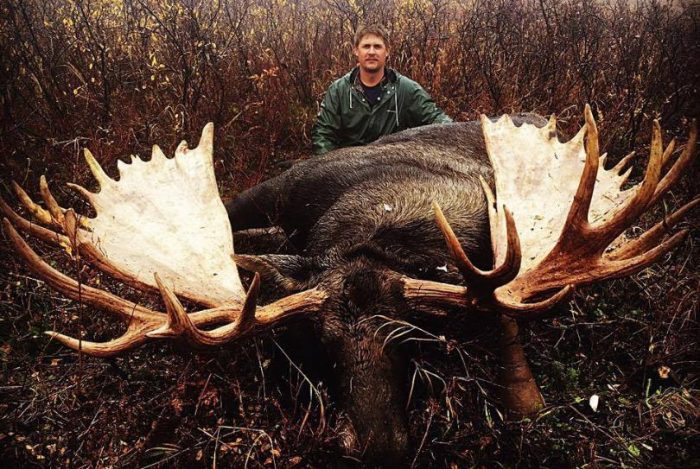 Israel Payton, of Alaska, may have got himself a world record bull moose–the thing measures a whopping 80 inches, according to an article on KTUU.

“We tried to stand it up with cow calls, bull rakes, and grunts,” said Payton over the phone. “I guesstimated it was about a 70 inch rack from the field, and finally after 2 hours it stood up and offered a clean kill, harvested it.”

Payton was hunting with a friend and spotted the bull from 600 yards away on day three.  Once they made it to 200 yards, he was ready to take the shot, but the massive moose bedded down for two hours–so they waited.

“You always get a big adrenaline rush right before you harvest an animal, anyway I do,” said Payton. “When I got up next to the animal I realized how big and massive it truly was.”

It took an entire day to pack the moose out, and Payton plans on sharing the moose meat with his family and up to three more families.  He is certain the meat will last until next hunting season.

Now, that is an awesome success story!