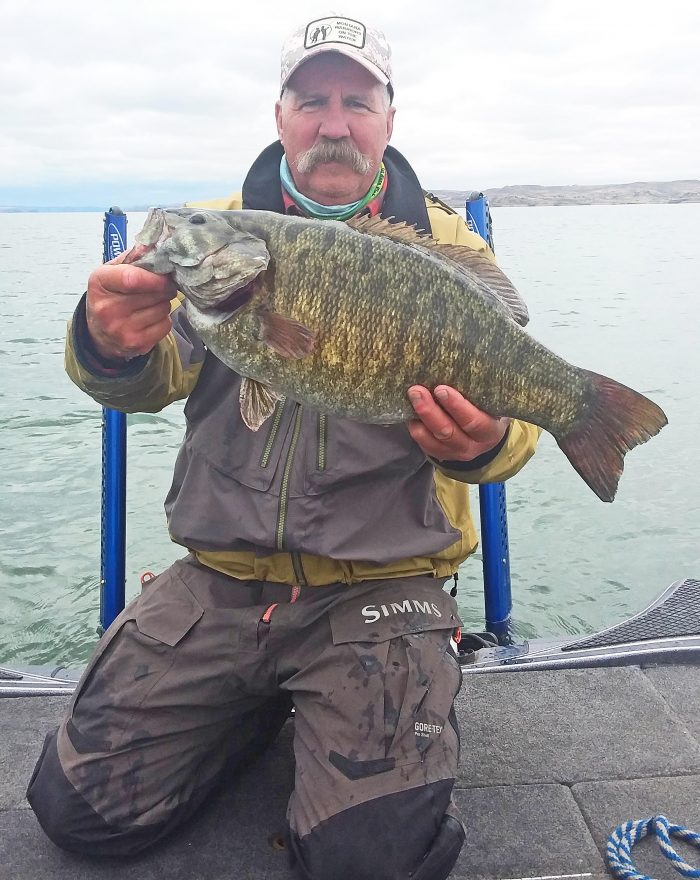 Does this bass make my head look small? (by Brett French)
By angelamontana

As listeners to the Montana Outdoor Radio Show will know, Mike Dominick caught what could be the next state record smallmouth bass while fishing on Fort Peck Reservoir in September. Dominick told listeners last week that he’s waiting on Montana Fish, Wildlife & Parks to finalize the documents and approve his claim for the 7.51-pound bass. That’s partly because Dominick released the big bass back into the lake. Next year, someone could catch that same fish and set a new record with what Dominick believes will be an 8-pounder.
To read more about Dominick’s exciting fishing trip, check out my story in this week’s Montana Untamed at http://bgz.tt/au4ub 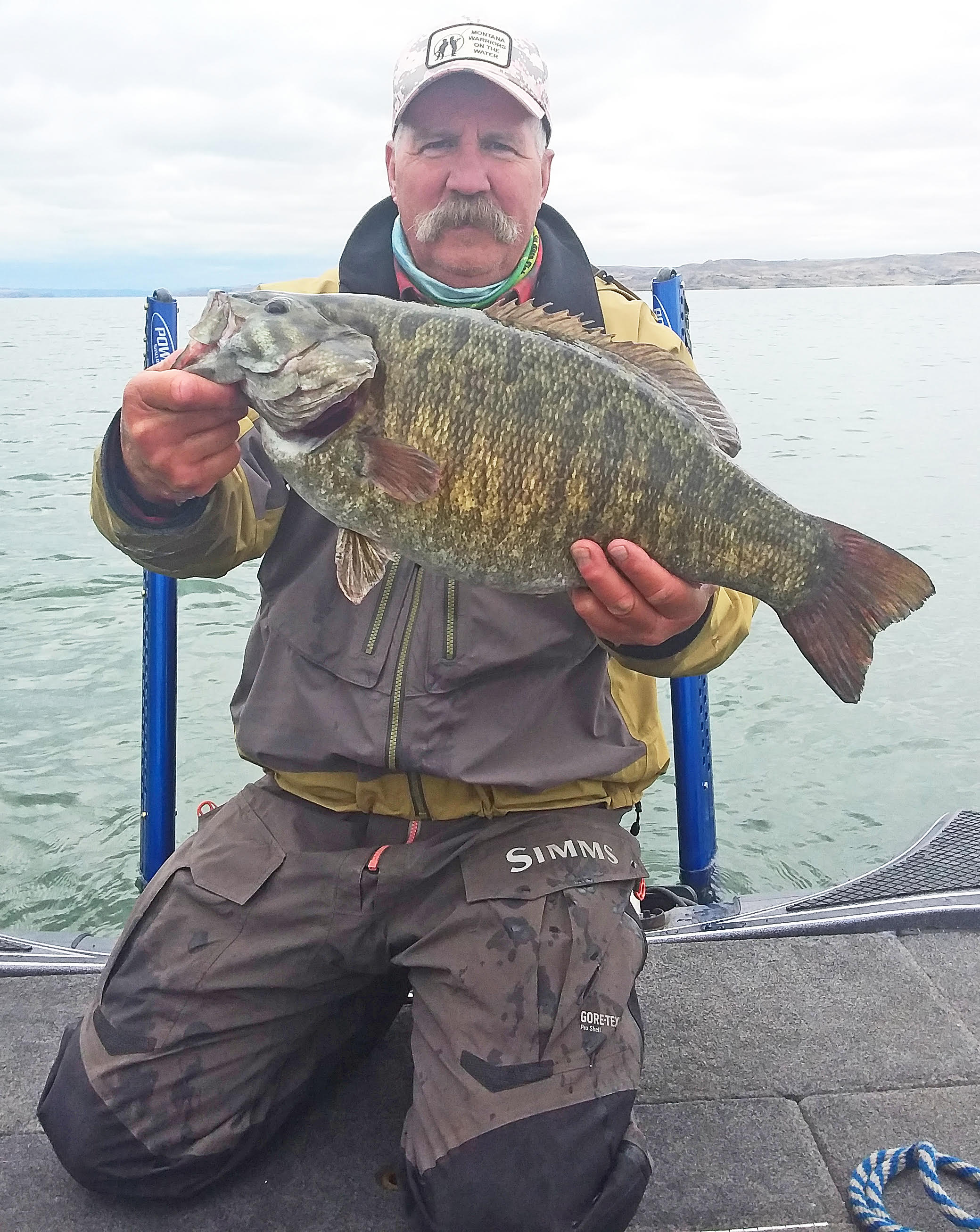