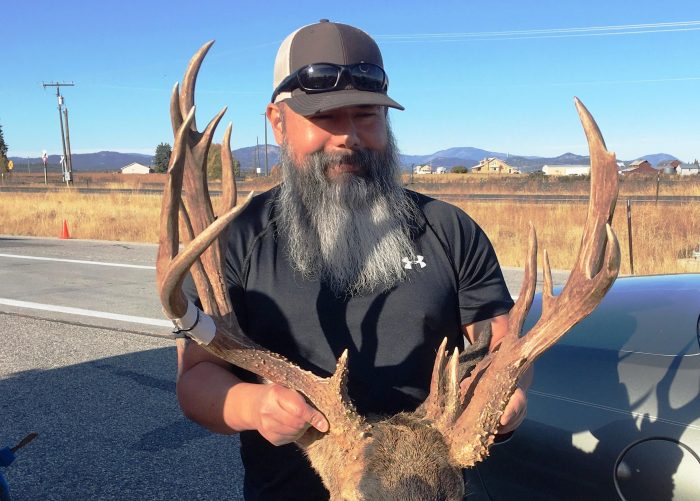 Michael Zavala dropped a monster mule deer with the first shot he ever fired on a big game hunt.

The 45-year-old Spokane area hunter saw the buck preseason while it was still in velvet and later captured photos with a game camera. The 7×8 muley made it through archery season and Zavala came up big on the second day of the rifle season, according to the Spokesman-Review.

It might be a while before he tops this one. 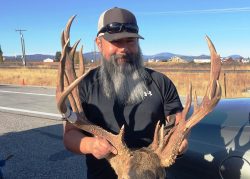