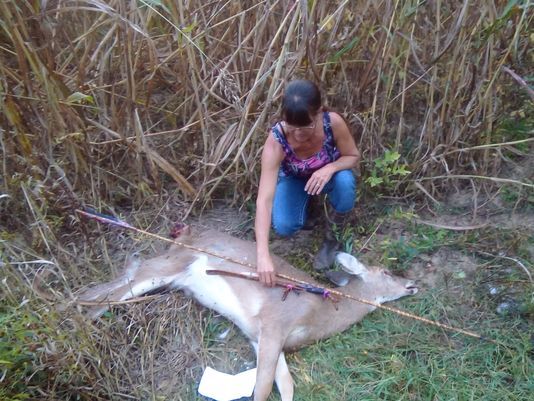 Dawn Wagner claims to be the first modern Missouri woman to kill a deer with an atlatl after taking a doe with the ancient hunting tool.

The Springfield News Leader reports Wagner killed the whitetail on Sept. 25. She has been hunting with an atlatl since 2013 and has thrown a few shots at deer in that time but this is her first successful hunt.

Atlatls are not approved for hunting of regulated animals in Montana but can be used for small game like squirrels and rabbits in addition to coyotes and other varmints.

While no big game is legally taken with atlatls in Montana, there is a yearly mammoth “hunt.” 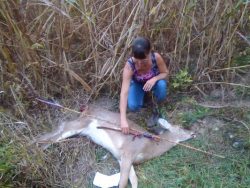