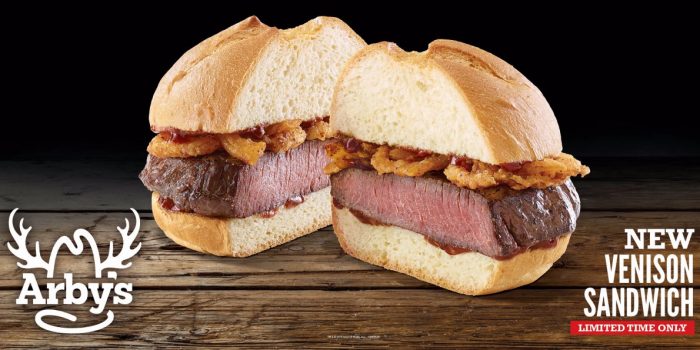 KULR8 reported that the Montana Wildlife Federation (MWF) has “beef” with Arby’s over their limited edition elk and venison burgers.  Apparently, there are only three Arby’s chains nationwide that offer the game meat burgers, and Billings is one of those places.

In a letter Wednesday, MWF’s Executive Director Dave Chadwick explained their issue is with Arby’s use of farm-raised venison and elk. He writes there’s danger in marketing wildlife as a commodity, and offering the elk sandwich in Montana is discourages the state’s hunting values.

They’re worried the sandwiches could also lead to an increase in game farming, which was outlawed in Montana in 2000.

MWF stated that “game farms hurt wild elk by spreading chronic wasting disease, and they say fundmentally, Montanans would rather hunt their own game right here in the Treasure State.”

MWF is reportedly looking forward to a “productive conversation with Arby’s executives”.  The Arby’s venison sandwich was very popular in 2016, which is why they brought it back this year and added elk.