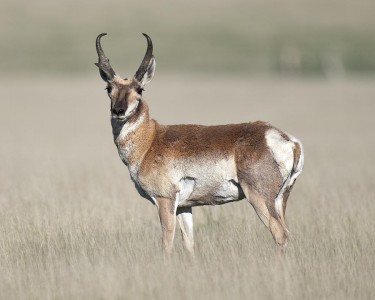 BILLINGS — The number of hunters who stopped at Fish, Wildlife and Parks check stations in south central Montana during the opening weekend of antelope season was up 6.5 percent from last year. But the antelope harvest remained nearly identical.

This year hunters checked 330 antelope, down just one from the opening weekend a year ago. Because more hunters were in the field, the percentage of hunters who harvested game fell slightly to 46 percent this year compared to 49 percent in 2016.

In addition, this fall biologists will extract samples from deer and elk to check for chronic wasting disease, or CWD.

CWD is a progressive, fatal disease affecting the central nervous system of deer, elk and moose. It has not yet been discovered in Montana’s wild populations, but it has been detected in 21 other states and two Canadian provinces – some very near the border with Montana.