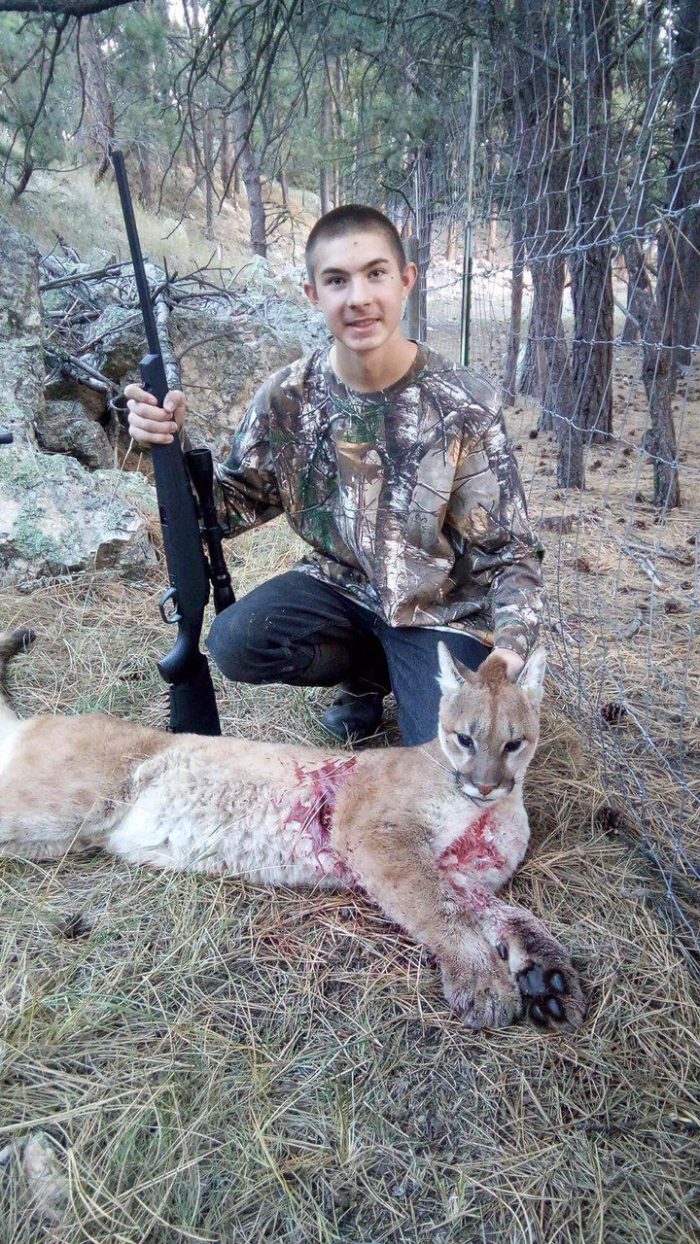 Teen Kills Cougar After It Killed His Goat
By Jackalope Jordan

Dalton Streff, a 14-year-old from Pringle, South Dakota, hid inside a Little Tykes playhouse last week and shot a mountain lion after it killed one of goats on his family’s farm.

Streff’s mother, Lila Streff, told the Rapid City Journal her Great Pyrenees chased the lion off before it could eat the goat it killed or harm any of the other animals.

Dalton later decided to sit inside the playhouse to see if the cougar would return for some of the other dairy goats on the farm. Sure enough the 130 pound cat returned and the boy didn’t hesitate to take the predator out with his rifle. 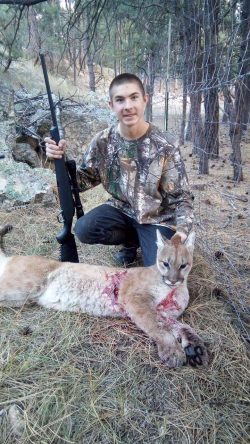