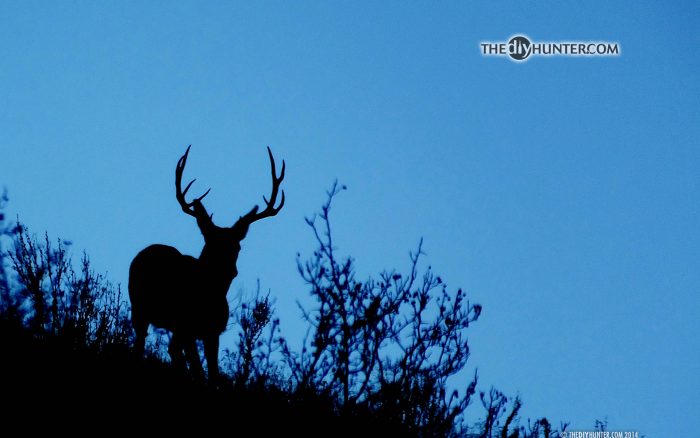 I don’t always agree with laws and regulations, but I am an ethical person.  As an ethical sportsman, I follow the regulations that are in place.  That is why it is so important for us sportsmen to speak up when public comment is requested, and meetings are open to the public because our voices can and do make a difference.  So, with that being said, I have been witness to and have become a part of a few experiences that I do not agree with–and I am curious about the opinions of other sportsmen.

A few years ago, I was out hunting with my boyfriend in a hunting district where people put in to be drawn for a potentially once-in-a-lifetime chance to get a really nice trophy mule deer buck.  After we had been out after elk and wolves all day, we decided to leave camp and head down to the end of the road and stop by the campground, where several hunters were staying, to see if anybody else had success there.  It turned out there was a 12 year-old who had hunted for the first time that season with his own tag and was after a whitetail buck in this particular hunting district.  He was with his dad, whom we had talked to the day before. Knowing that the odds of finding a big whitetail buck driving the roads in that area were not high, they were ready to get out there on foot and do what it takes to find a cranker.  We were excited for the kid and hoped he found what he was after that week.

The dad came over and was all proud and smiles and said his son shot the buck–his first buck–his first kill, but “they” thought it was a whitetail.  Now–wait.  For a guy who claimed to have hunted his entire life, nontheless in the Bitterroot, how do you mistake a whitetail with a trophy mule deer–especially in this HD.  With the dad being the kid’s mentor, I was curious about this situation.  But, is that the dad’s responsibility if the kid pulls the trigger on the wrong animal?  As a mentor, I believe the dad should definitely know the difference between animals and guide his son in the right direction, but the kid pulled the trigger and had his own tag for the first time, so there is definitely some responsibility there, too.  Moving on…

So, the dad went on to say that he had called the game warden and explained that his son, a first-time hunter, thought it was a whitetail, so he took the shot.  The dad ultimately said that the warden he talked to said the kid could keep the trophy mule deer head.  And he was excited about that.  WHAT?  The kid, illegally, even though they said accidentally, shot a mule deer buck in a trophy mule deer buck hunting district, and  FWP said they could keep the head of an animal that thousands of people have been putting in for in that HD, hoping to get drawn?  Because it was the kid’s first buck?  Illegal buck, I might add.  Just to recap again, the kid had guidance from his father who had supposedly thought it was a whitetail, too.  But, this was this kid’s (and the dad seemed more excited than the kid) first buck–and, boy, was it a dandy!  Still–to me, that isn’t right.  The kid messed up, even if it was at the dad’s guidance, and it is AWESOME that the kid was out hunting at all, and it was awesome that the dad took him out hunting, but, my personal opinion is that this trophy mule deer head should not not be given to the shooter even being that it was his first hunting experience and first kill.  I believe that no animal head should be given to any shooter that did not have a tag for that animal–regardless of how old they are.  Somebody brought up that it might ruin this kid’s experience with hunting if they took the head away…but, the way I see it is you’re setting a precedent for this kid (and the dad) by letting him keep it.

So, my boyfriend who had been putting in to hunt mule deer there since they started the drawing process for that hunting district, called FWP to ask why the kid was allowed to keep the head, and the FWP Captain said that the warden that told the kid that should not have said that, and the head would be confiscated.  The original warden was later sent back by the Captain to retrieve the head, according to the Captain.  That couldn’t have been an easy trip for that warden, but come on.

Now, I realize that nobody wants to see a kid disappointed–especially a new hunter–but, regulations are there for a reason.  It is a shame that the kid took the shot.  Was it kid’s responsibility to know what he was shooting even if his dad told him to take the shot?  YES.  The kid had his own tag and had been through Hunter Education.  He is carrying a weapon in the woods and is deemed responsible enough to take the life of an animal, I believe the kid should be held responsible for his actions.  But, as a mentor, I also believe that the dad should be held responsible for his part in that, too.  But, is there a law against mentors giving bad advice?  Isn’t it ultimately the decision of the trigger-puller?  I love that the kid was out there hunting, and I love that the dad was out there with his kid hunting, but the reality is that it wasn’t a legal buck the kid shot.  People make mistakes, yes, but this is a trophy mule deer area, and the dad was well aware of this, as he was saying the day before they got that buck, he wished he had a muley tag for that area.

Do YOU believe that if  you are the tag-holder YOU are responsible for what you tag–regardless of who tells you what and regardless of your age, gender or anything else?  Being that mentors are people new hunters look up to–do you think the dad should’ve had some type of fine or anything?  Or do you think they should both should’ve been reprimanded somehow?  Or do you think a warning should be given and hope it doesn’t happen again, with the kid keeping the head?

I believe that you are the one taking responsibility when you pull the trigger, so I think the kid should definitely not be able to keep the head, but I think the kid should get some type of action taken, whether it’s a fine or a year suspension from hunting deer, or whatever.  I feel like age, time hunting and other factors should not change penalties.  Regulations are regulations.  Is that too harsh, you think?

Neither the kid nor the dad were penalized, according to the dad, other than the head being confiscated, which seemed to break the dad’s heart more than the kid’s.