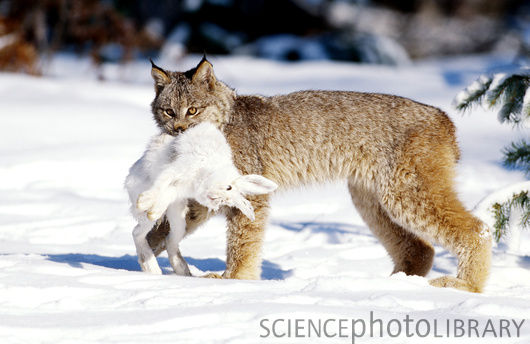 The Fish and Wildlife Service said it will begin drafting a rule to revoke the lynx’s threatened listing across the Lower 48 state under the Endangered Species Act. Wildlife advocates said they would challenge the move in court.

Some scientists and wildlife advocates have warned that climate change could reduce lynx habitat and the availability of its primary food source — snowshoe hares.

Let’s hope this is is really happening, folks!  This will change a lot for trappers.

Two Republican lawmakers from Montana — U.S. Rep. Greg Gianforte and Sen. Steve Daines — said they welcomed the move toward lifting protections. Daines said the recovery would result in better management of public forests and reflected years of collaboration between states, tribes, conservation groups, hunters and others.

No timeline has been set for when lynx protections could be lifted, said Fish and Wildlife Service spokeswoman Jennifer Strickland.

Oh, yes.  Let me just say that I am stoked!! Read the full article by Matthew brown of the Associated Press via usnews.com here.  Looking forward to this outcome, for sure!!