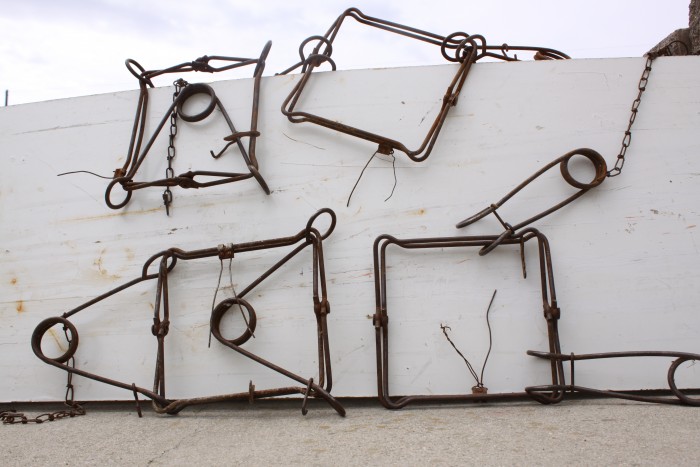 The History of the Conibear Body Gripping Trap
By Toby Trigger

The History of the Modern Trap Designed To Kill Instantly

In the early 1960’s a Canadian man named Frank Conibear invented a trap that closes with great force over furbearing animals’ chest and neck which ensures a quick and humane death. This trap, known as the Conibear body gripping trap earned him honors. The design principle is similar in nature to the common mouse trap purchased regularly by the American public to trap the pesky rodents before they pillage the bread cupboard. This excerpt from Bevington 1983 1 depicts the impact of Conibear’s trap design:

“The Association for the Protection of Fur Bearing Animals
financed the manufacture of 50 traps, and Eric Collier, Presi- ’
dent of The Trappers’ Association of British Columbia, both
supported their field testing and advocated them in Outdoor
Life. Success at last – a trap that was light, could be built in
various sizes, and could be set on land or in water. Frank contacted
the Woodstream Corporation of Pennsylvania, and
within a year the Victor-Conibear trap was on the market. To
introduce this product, the Canadian Association of Humane
Trapping, working with the Canadian Provincial Wild Life
Services, encouraged trappers to exchange their leg-hold traps
for the Conibears – free.
The trap became popular and recognition followed. In 1961
Frank Conibear was presented the first Certificate of Merit by
the American Humane Association, acknowledging his
achievement. In 1981 he shared a first prize of $24,000 with
two others for his ideas submitted to the Humane Trapping
Committee, an award made by the B.C. Government for “outstanding
creativity in the development of more humane animal
traps.”
In 1970, during Queen Elizabeth II’s tour of the North,
Frank Conibear was invited back to Fort Smith to meet Her
Majesty in recognition of his outstanding contributions. Conibear
Park, located in the center of .Fort Smith, was created on
land donated by the Conibears. It provides a pleasant, relaxing
spot for travellers and local residents, and a large plaque
honours the donor.” 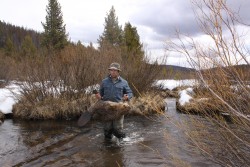 Trap shy animals, which recognize the unnatural square trap in their path, will avoid it and the aspect that makes the trap so effective is also a deterrent for the modern day trapper. The fact that the trap kills instantly is a key to humane harvest just as a hunters gunshot is intended to put an animal down quickly. However, place a body gripping trap where a family pet can get to it and the trap no longer seems so humane.

In areas where coyotes and fox are abundant but pets also roam the foot trap is clearly a better alternative. A trapper can let a dog out of a well modified foot-trap unharmed and return it to its rightful owner but if that same dog goes for bait guarded by a conibear trap, the outcome is not good for the family pet or the trappers reputation. Regulated restrictions on the use of body gripping traps have alleviated conflicts with the device and improvements in foot trap design ensure minimal injury to animals that are trapped.