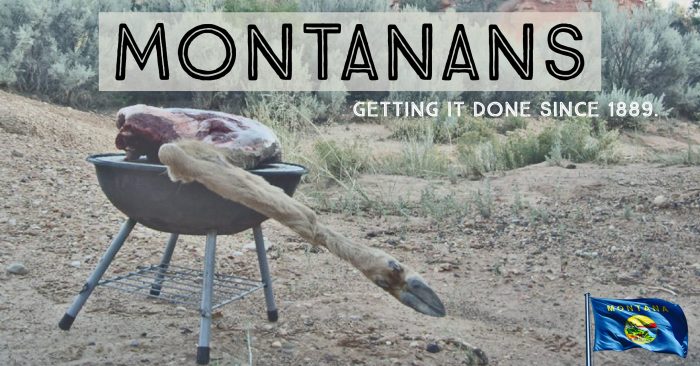 Sin Tax on Meat?
By angelamontana

Apparently, one of the world’s most illogical groups (my personal opinion) has a poll out on the internet.  They are requesting feedback on whether or not there should be a sin tax on meat, according to vancouversun.com.  Yeah, yeah–not shocking, but it’s funny, really.

PETA spokeswoman Ashley Byrne  has her own beliefs about meat consumption–and if you’re thinking they are ridiculous, well, you’re right.

“A tax would place meat where it belongs, in a category with cigarettes and alcohol because they are bad for human health,” Byrne told Postmedia, adding that meat production is “catastrophic for the environment.”

If you would like to take the poll–which is just a pointless waste of time, I know–you can check it out here.  If you’re just passing time, and you’ve read everything there is to read on MontanaOutdoor.com, you can check out where the poll numbers are.  When I voted earlier (don’t judge me), here was where they were:

So, anyway, this isn’t news, by any means, but it is entertainment for some, and it is also quite comical as to how much clout they put in random internet surveys.