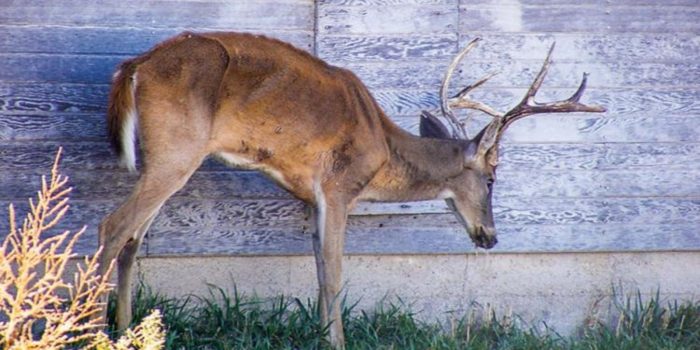 The mule deer portion of a special hunt in Carbon County to gather information about chronic wasting disease, or CWD, will close half an hour past sunset at 5:16 p.m. Sunday, Jan. 7, 2018, after the predetermined harvest quota was met.

Meanwhile, laboratory results show that samples collected from two mule deer harvested during the opening weekend of the special hunt tested positive for exposure to the disease.

The hunt was designed to gather data from 200 mule deer and 200 white-tailed deer to give wildlife managers a statistically valid sample of herds in the area. As of Thursday evening, more than 190 mule deer had been harvested. Wildlife biologists in Billings believe that the quota of 200 mule deer will be met by the end of the weekend, so that portion of the hunt will close.

To date, hunters have harvested 85 white-tailed deer, so that portion of the season will remain open until either 200 animals have been harvested or Feb. 15, whichever comes first.

Laboratory results from the first four days of the season – Dec. 15-18 – showed that two mule deer had been exposed to CWD. An adult buck harvested northwest of Warren and a female mule deer fawn harvested northeast of Belfry returned positive lab results. Samples from dates later than Dec. 18 still are being processed by the laboratory at Colorado State University.

During the 2017 general deer hunting season, FWP sampled about 1,300 deer harvested in south central Montana. The laboratory found that six of those deer – five mule deer and one white-tailed deer, all in Carbon County – tested positive for exposure to CWD. That promoted the special hunt.

The special hunt is designed to gather information about the distribution and prevalence of CWD in deer in the area of Carbon County where earlier evidence of the disease was discovered. Hunters are required to submit their harvested deer to FWP for sampling within three days either at a check station at Joliet or at FWP’s Region 5 headquarters in Billings Heights. The Joliet check station will open from 10 a.m. to half an hour after sunset every day except Martin Luther King Day on Jan. 15, or until the quotas for both species are met and the season closes. The Region 5 headquarters is open during normal business hours.

CWD is a progressive, fatal neurological disease that effects deer, elk and moose. It has been present for some years in states and Canadian provinces north, east and south of Montana, but was first found in wild deer in the state this fall during a focused CWD surveillance throughout south central Montana.