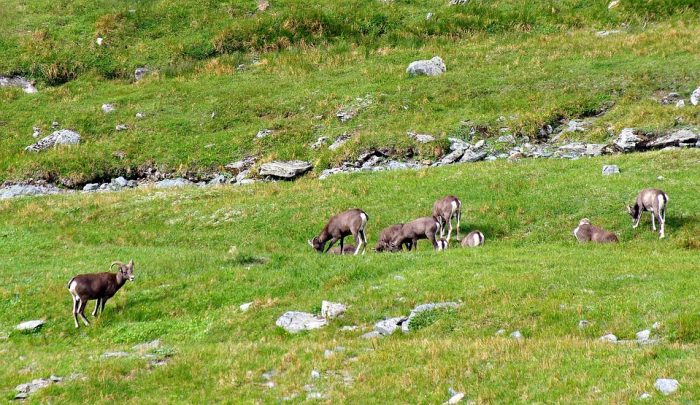 Montana Fish, Wildlife and Parks have transplanted bighorn sheep from the Malta area to help improve herd numbers near Plains.

The operation moved 18 ewes and two yearling rams by helicopter. In recent years the Plains herd had dropped from about 100 animals to as few as 20.

HD 622 is home to a healthy and abundant bighorn sheep herd. As a core part of FWP’s mission to monitor and maintain healthy wildlife populations, biologists occasionally transplant bighorn sheep from areas where there are healthy herds, such as HD 622 and Wild Horse Island State Park, which recently produced the largest ram on record. Animals are safely captured and studied for general health conditions before being transported to areas where populations have declined.

The bighorn sheep population in Hunting District 122 southeast of Plains has shrunk dramatically in recent years from roughly 100 sheep to barely 20-25 animals.

“That population saw a decline in numbers about three years ago and we did some work to see if it was a disease-related issue. The sheep that we did test came back clean, so we saw a great opportunity to go in and augment the population and try to build it back up to the objective of about 100-125 sheep,” said FWP Region 1 Wildlife Biologist Bruce Sterling, who participated in the recent capture.

“It was a very successful project and fun to do.”

During the recent capture, FWP staff collected general health through nasal and tonsil swabs, blood collection, fecal samples, and weighing the individual animals. An ear punch was also taken from each sheep for genetic work and ear tags were attached to identify individual sheep.

Before being transported the long distance, the animals were given an antibiotic, dewormer and vitamin injections.

Sterling, based in Thompson Falls, participated from Region 1 and relocated the sheep to HD 122.