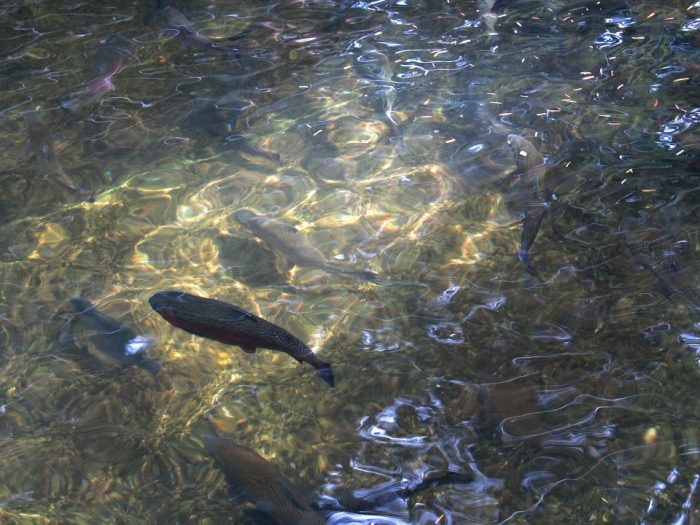 Fishery managers have measured very low oxygen levels in some bodies of water in Montana and officials believe the area will see a notable level of dead fish when the winter weather passes.

Havre saw the second snowiest winter on record this year and Glasgow saw its third snowiest. The harsh season has taken a toll on Montana’s fisheries, according to Montana Fish, Wildlife and Parks.

Many ponds in FWP Region 6 maintained oxygen levels healthy for fish populations white others did not. FWP issued the following news release on Friday.

It has been a winter for the books in Montana Fish, Wildlife and Parks Region 6.  After the summer of 2017 that was plagued by record drought conditions, the 2017-2018 winter will go down as the 2nd snowiest winter on record in Havre (92.5”) and the 3rd snowiest on record in Glasgow (63.2”) as of April 9.  In addition, the month of February was the coldest on record since 1979, according to the National Weather Service.  As we are finally moving into spring, many folks are wondering how a winter like this may affect small pond fish populations.

Winterkills of fish periodically occur on smaller, shallower ponds (usually 12 feet deep or less), due to marginal depths to support fish populations.  The key component on whether a winterkill occurs is largely tied to the levels of dissolved oxygen in the water.

Over the last couple of weeks, FWP fisheries personnel have been trying to access some of the smaller ponds and reservoirs in the region to monitor oxygen levels in these waterbodies. Some ponds have been observed to be holding strong and maintaining adequate oxygen levels for over-winter fish survival.  On others, very low oxygen levels have been measured indicating that a winterkill has likely occurred.  In one instance, crews drilled holes in the ice and observed dead fathead minnows floating up through the holes.  Not a good sign.

Why are we likely to see more winterkill this year?  There are many factors that contribute to this.

During the dry summer of 2017, many of the ponds in the region were observed to be several feet below full pool.  These lower water levels allowed for greater light penetration through the water column and created conditions for increased aquatic vegetation growth.

In some cases, windmill aeration systems have been installed in ponds to help minimize the effects of a long winter, as they are key to helping keep oxygen levels adequate for fish survival.  However, if a pond enters the winter with already low water levels, especially if its max depth is less than 12 feet, even this supplemental aeration may not be enough to guarantee fish survival through a winter like this year.

While it is always disappointing to hear of a pond experiencing a winterkill, there is a positive side to it all.  In the spring when all this snow melts, most of these smaller ponds will get a much-needed shot of water and hopefully fill up.  These higher water levels often lead to increased overall productivity of the pond and they will once again provide suitable fish habitat.

FWP will work to stock fish into those ponds which have winterkilled through several different means.  For rainbow trout fisheries, this usually means stocking hatchery trout as soon as conditions are favorable.  For those species that are not raised in the hatchery system such as bluegill, crappie, and perch, crews will work to trap and transfer from certified disease-free sources to those ponds that need to have their fish populations re-established.

Unfortunately, due to recent reductions to both the hatchery system and regional fisheries budgets, all ponds may not be re-stocked in 2018.  Ponds will be prioritized to maximize available resources with the goal of providing anglers ample opportunity to enjoy the quality multi-species fisheries they have come to expect in Region 6. 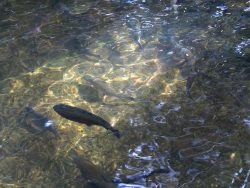