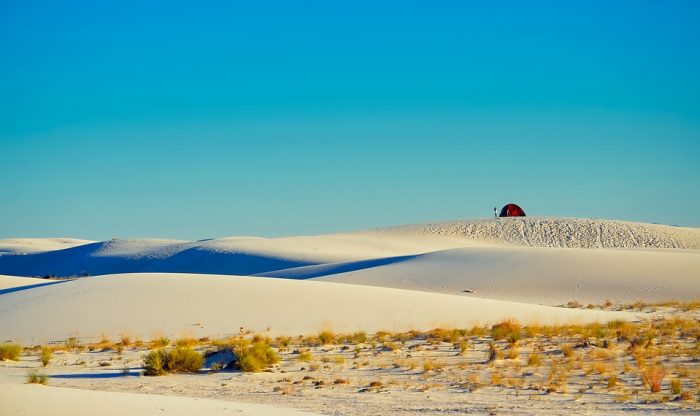 Scientists say fossilized human footprints inside the preserved tracks of giant sloths tell the story of an ancient hunt, according to the Las Cruces Sun-News.

The tracks were found in a remote salt flat in the White Sands National Monument, the Sun-News reported.

Researchers told the paper it was unclear why human would stalk the extinct species of sloth because their 7 to 8 feet of height and sharp claws would have given them the advantage up close. There were also human footprints found at a safe distance from the sloth tracks. This may indicate a group of hunters using distraction to safely kill their prey.

The discovery of the fossilized footprints will likely raise the profile of White Sands National Monument as lawmakers push to designate the area a national park, according to the Sun-News.