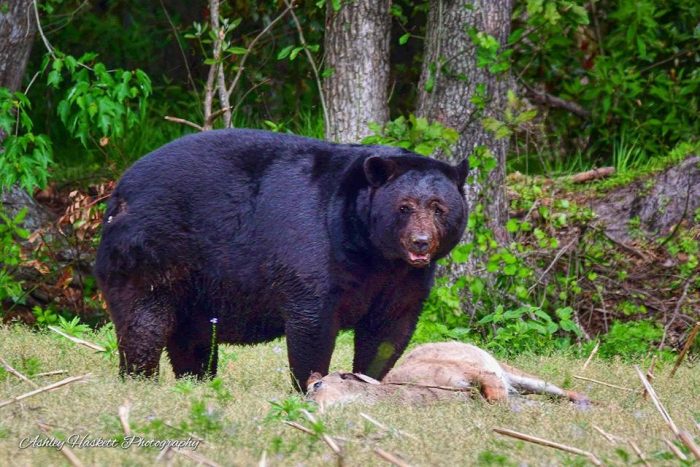 This series of photos and a video was not shot in Montana, but being that it is bear season here, we wanted to share.  Ashley Haskett Photography, out of North Carolina, posted this scene, along with photos and videos, on social media:

Ok, so here’s the story. An unbelievable story it would be without pictures as proof. We spot what appears to be a bear far across the field. So I glass the field with binoculars and confirm it is a bear. So I hop out grab my camera, and head across the field. I then notice the bear is laying down, in the hot sun and not moving. I say this is strange, not typical. Closer inspection I see large wound on the bear’s back. Then I notice another bear in the woods. Hmm, could the bear be dead? Is that the cub lost without mom? Wait there is a deer laying beside the bear. Both appear to be dead, no movement. Have they been killed by poachers? So I proceed to walk closer to investigate, suddenly I see this massive head raise up. Uh oh, my heart skips a beat. Nope this bear isnt dead, he has killed a deer and I’m way to close. Whoops, forgot my bear spray. Bad situation, a bear defending it’s kill is the most dangerous. So, i walk back a safe distance and luckily Amy brought the bear spray. So we spent 8 hours watching this scene and random bears come and try to challenge this monster. But he was definitely king today. I wanna see the bear that took that big chunk out of him. As it got dark, 9 bears emerged on the field and I was alone so I said it’s time to head to the car.

Here are the photos that Ashley took: 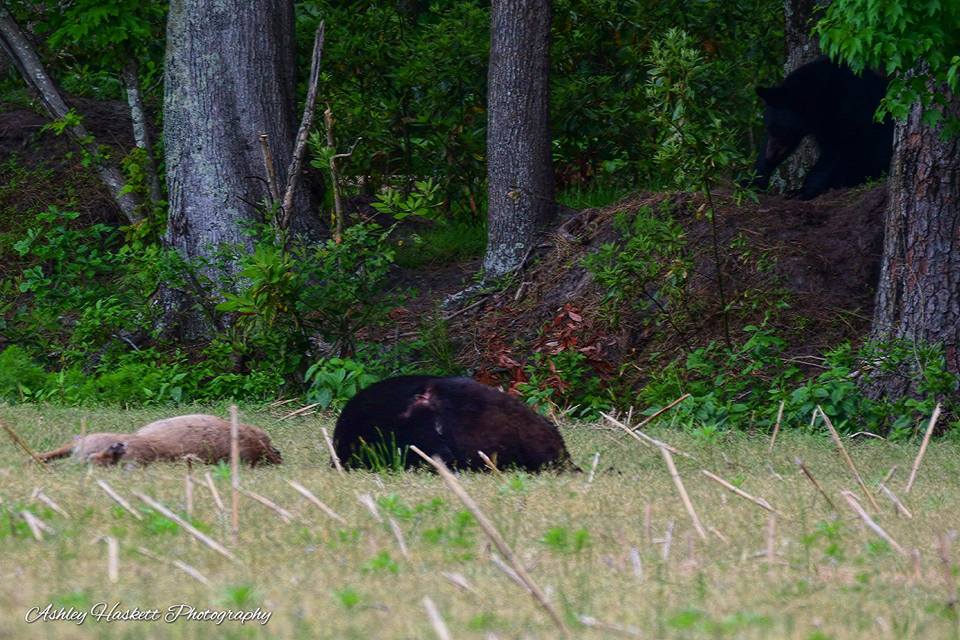 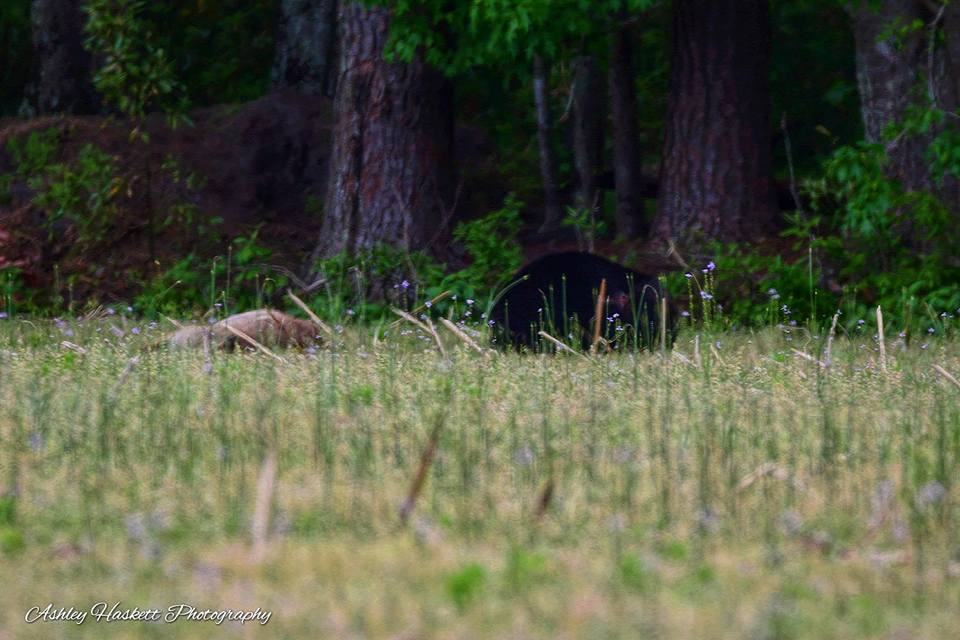 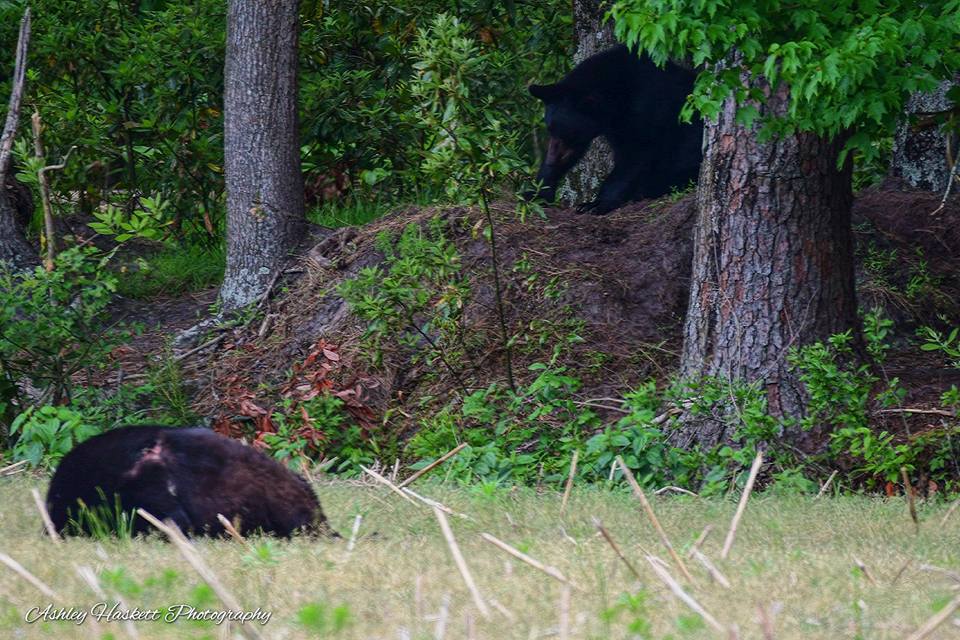 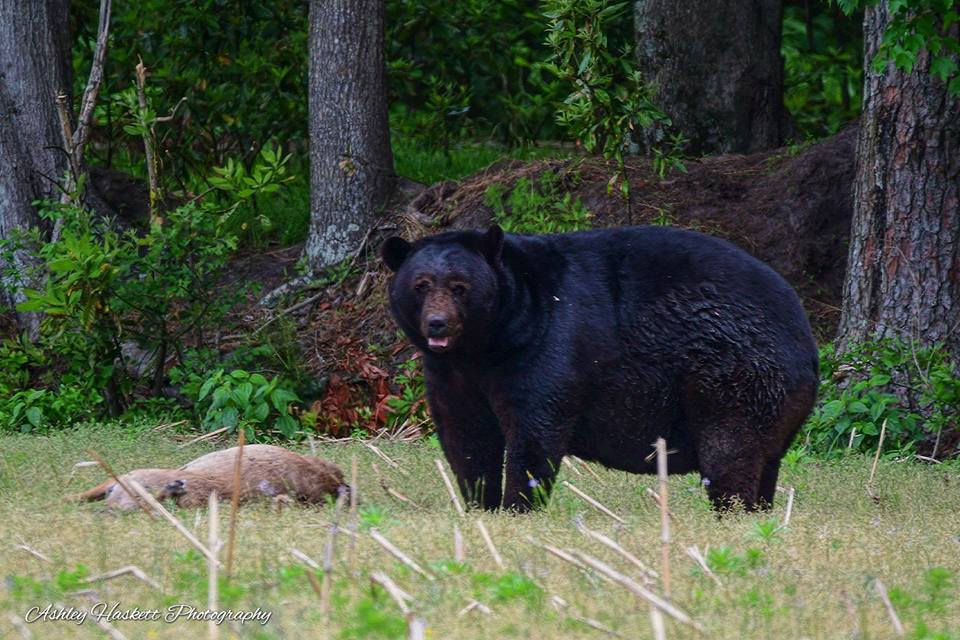 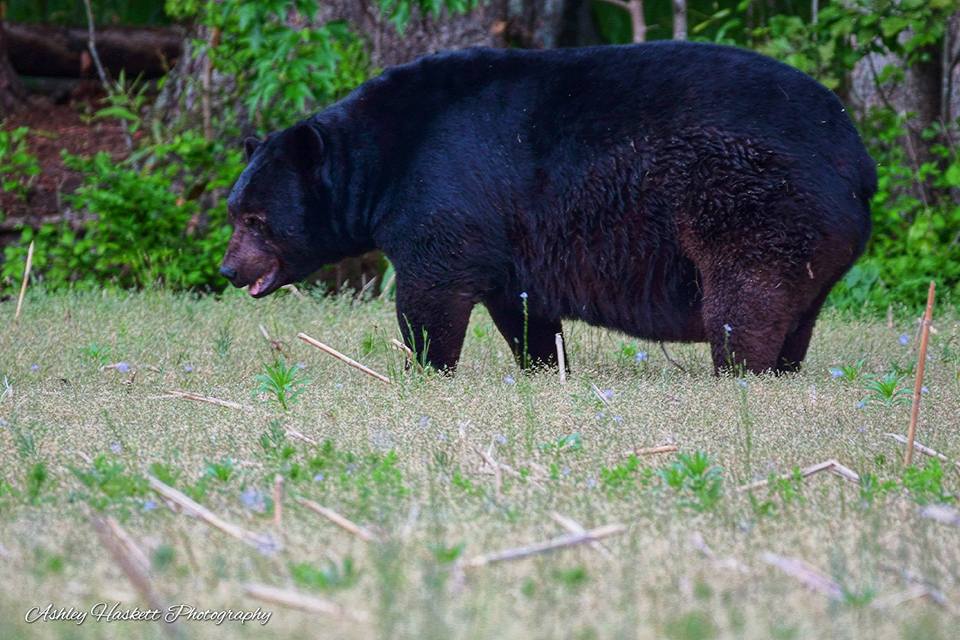 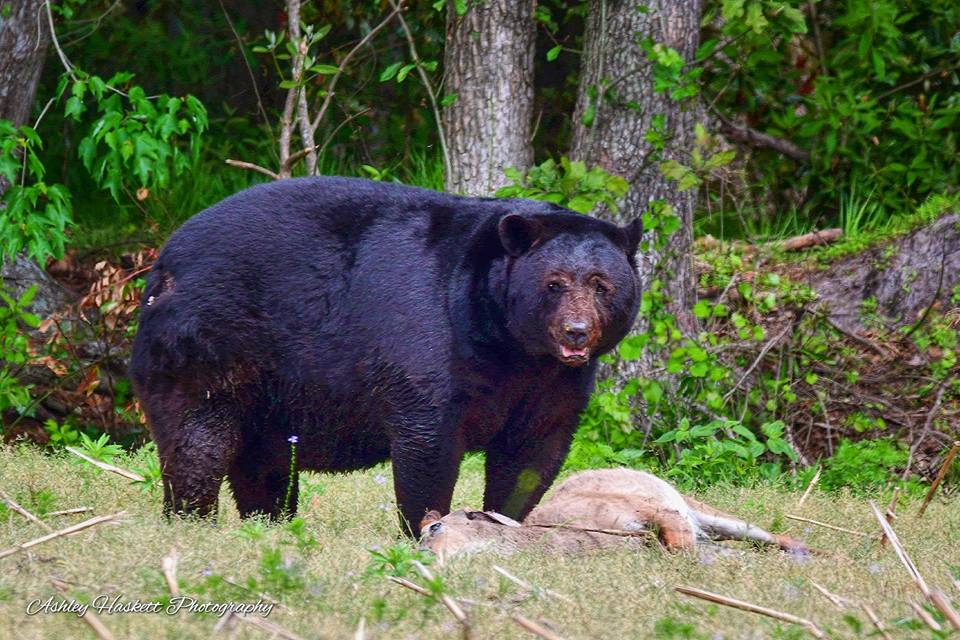 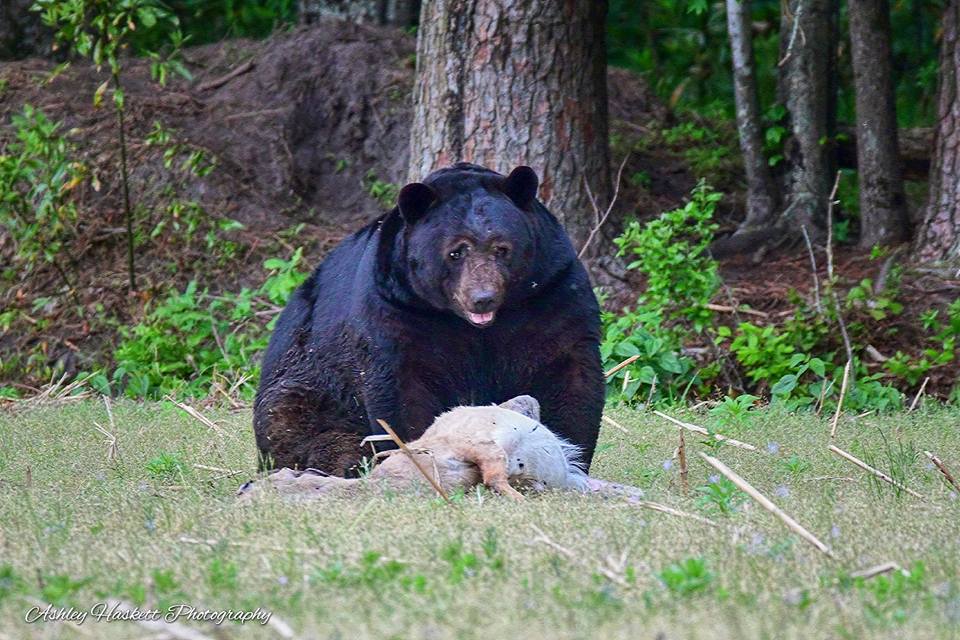 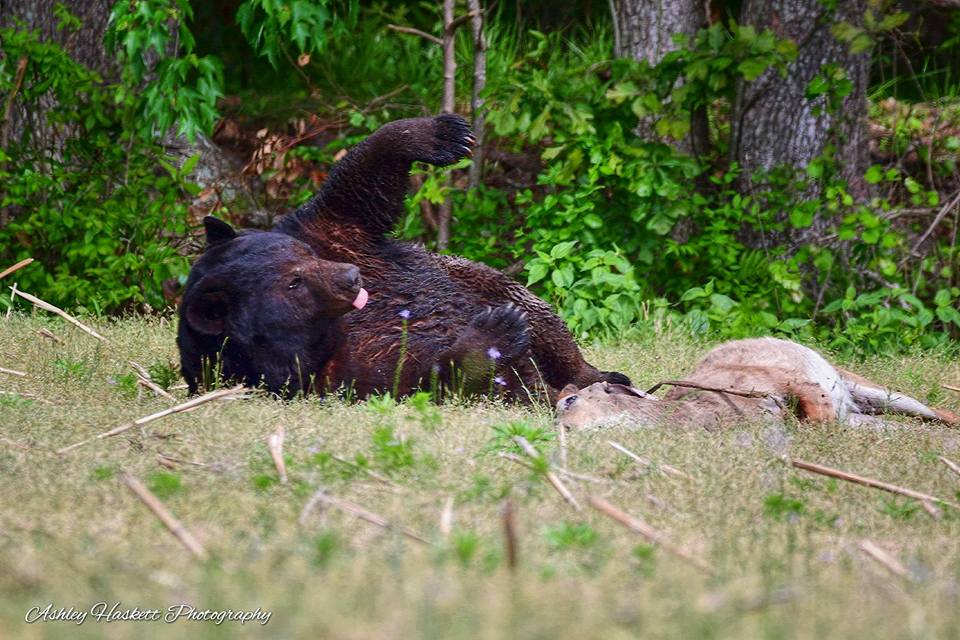 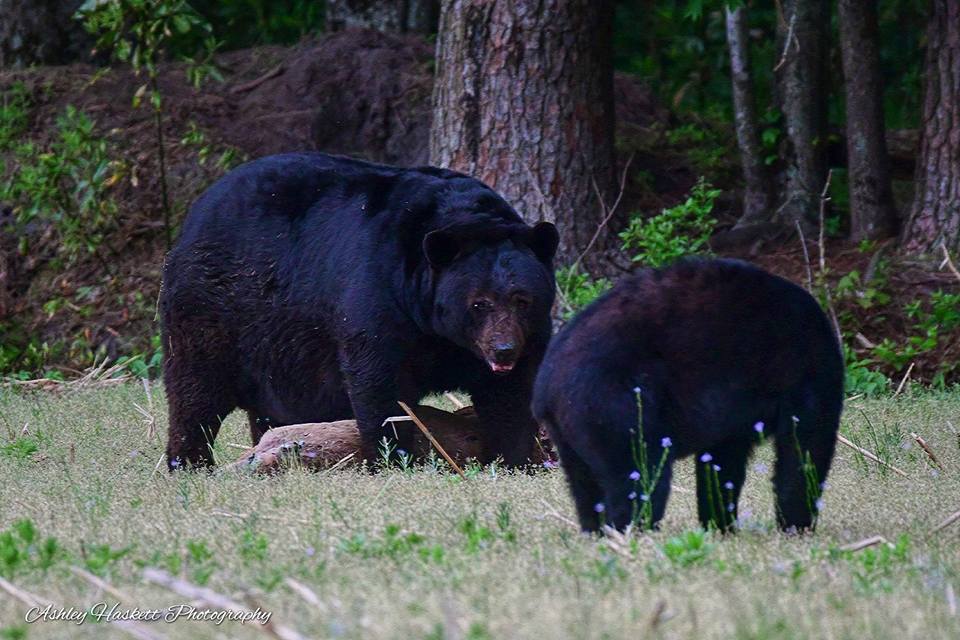 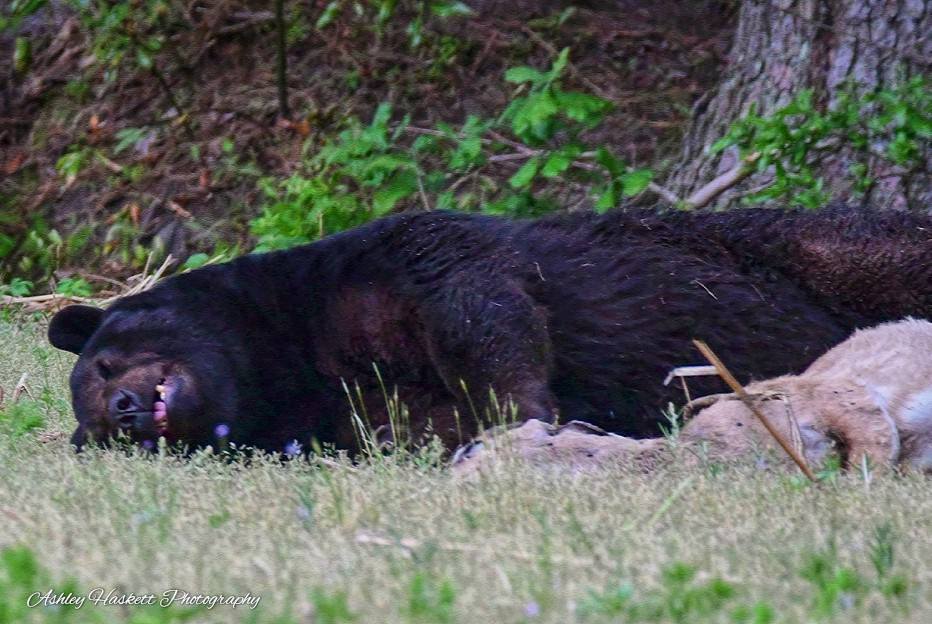 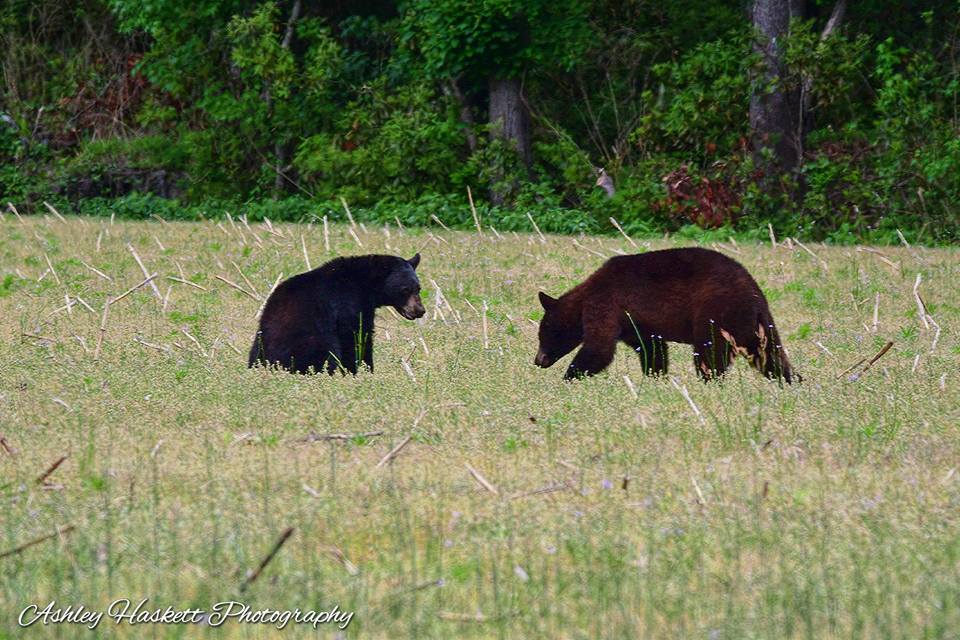 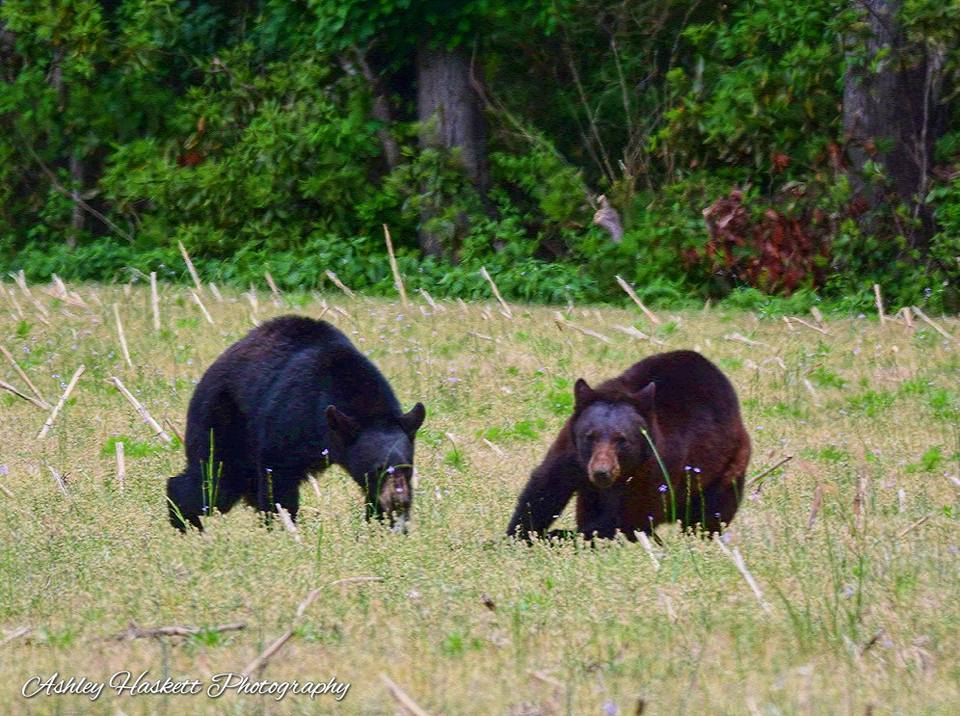 Here is some footage: