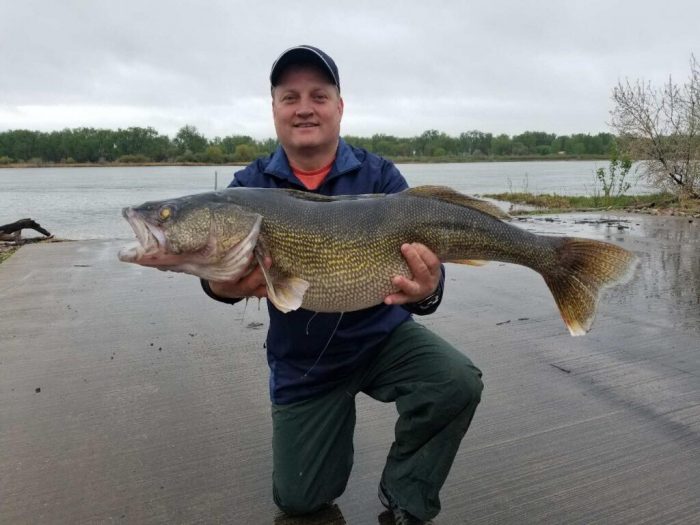 Jason Mitchell Outdoors reported the following North Dakota state record walleye that was caught on the morning of  May 18th near Bismarck.  Nice work, Neal Leier!

A new North Dakota state record walleye was caught this morning on the Missouri River near Bismarck. Congratulations to Neal Leier on an incredible fish and accomplishment! Many anglers, myself included, have waited for this day, as there was some controversy around the old record. The old walleye record was found dead several decades ago and wasn’t caught on hook and line. I always felt that an angler somewhere was cheated of the record. Not anymore! This fish weighed 15.13 pounds and was 32.5 inches long.

Keep in mind this is the largest recorded walleye, as anglers are coming forward stating they have caught larger fish than this, but