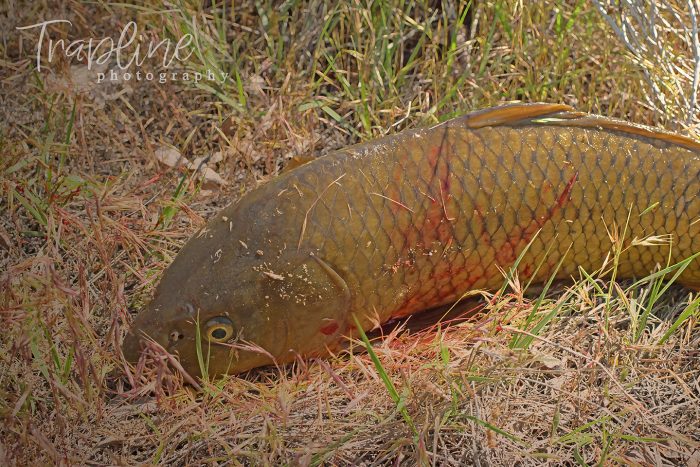 The water was cold, and so was the air

as we began our day on the boat.

Blue skies were how we started our float.

Bundled up and ready to shoot

We began our search for carp.

We scouted some coves and found some fish

We were off to a really great start.

The air warmed up, and we found a few more,

Not long after that, Devin got his,

Jason followed suit and reeled his in

as Katie tried catching some eyes.

I missed two shots and lent out my bow

and had as much fun watching the guys.

Bowfishing ended when the wind picked up,

as the swells reached around four feet.

The wind hit us hard, as we pulled out the boat,

And passed the inspection on the street.

Bowfishing is fun, as it never gets old,

And I could literally do it all day.

I want the job that pays to shoot carp,

If I find one to apply for, I just may.

As with every time I go bowfishing, I had a blast this past weekend at Canyon Ferry.  We had a group of six of us (Jason Maxwell, Devin Hughes, Don Reed, Katie Rowe, Mike Violette and me), with four of the six never bowfishing before.  It was pretty awesome to witness a couple of the newbies get their first carp.  It was also pretty awesome to have somebody along who really wanted to learn how to shoot carp, even though a previous injury prevented her from actually doing it.   She still got some pole fishing in while we were on the boat, though.  We all got plenty of sun during this trip, and the mosquitoes really liked us a lot.  I just love bowfishing, and I want to thank Water Fun Rentals in Helena, Montana (find them on Facebook here) for their accommodating schedule for pick-up and drop-off.   I suggest you give them a call at 406.442.4343 if you are looking to rent a pontoon boat and/or three-seater jet skis.  On top of that, they also rent ATVs in the fall.  Perfect for hunting season!  So, if you find yourself in the Helena area, and you are looking for some fun on the water, hit them up–you will be glad you did!

Back to the story, we bowfished for approximately nine hours on Saturday, and we got off the water just as the wind gusts exceeded 40 mph.  The swells were huge and definitely too much for the pontoon boat, and we were glad we went in when we did.  I just can’t say enough about how fun bowfishing is.  As I mentioned, it is so much fun to see people who have never bowfished want to learn and actually get their first carp, too!  So cool. 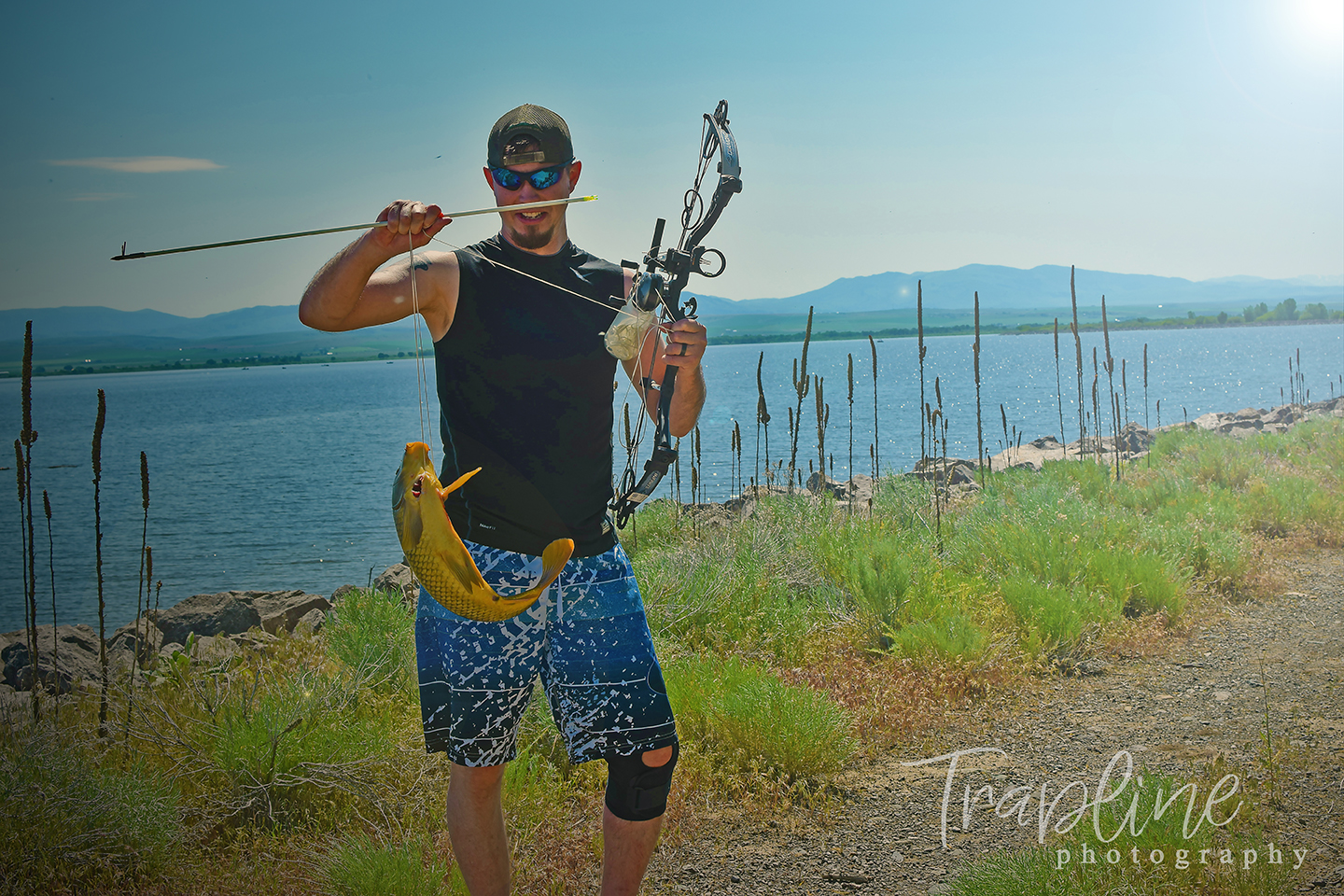 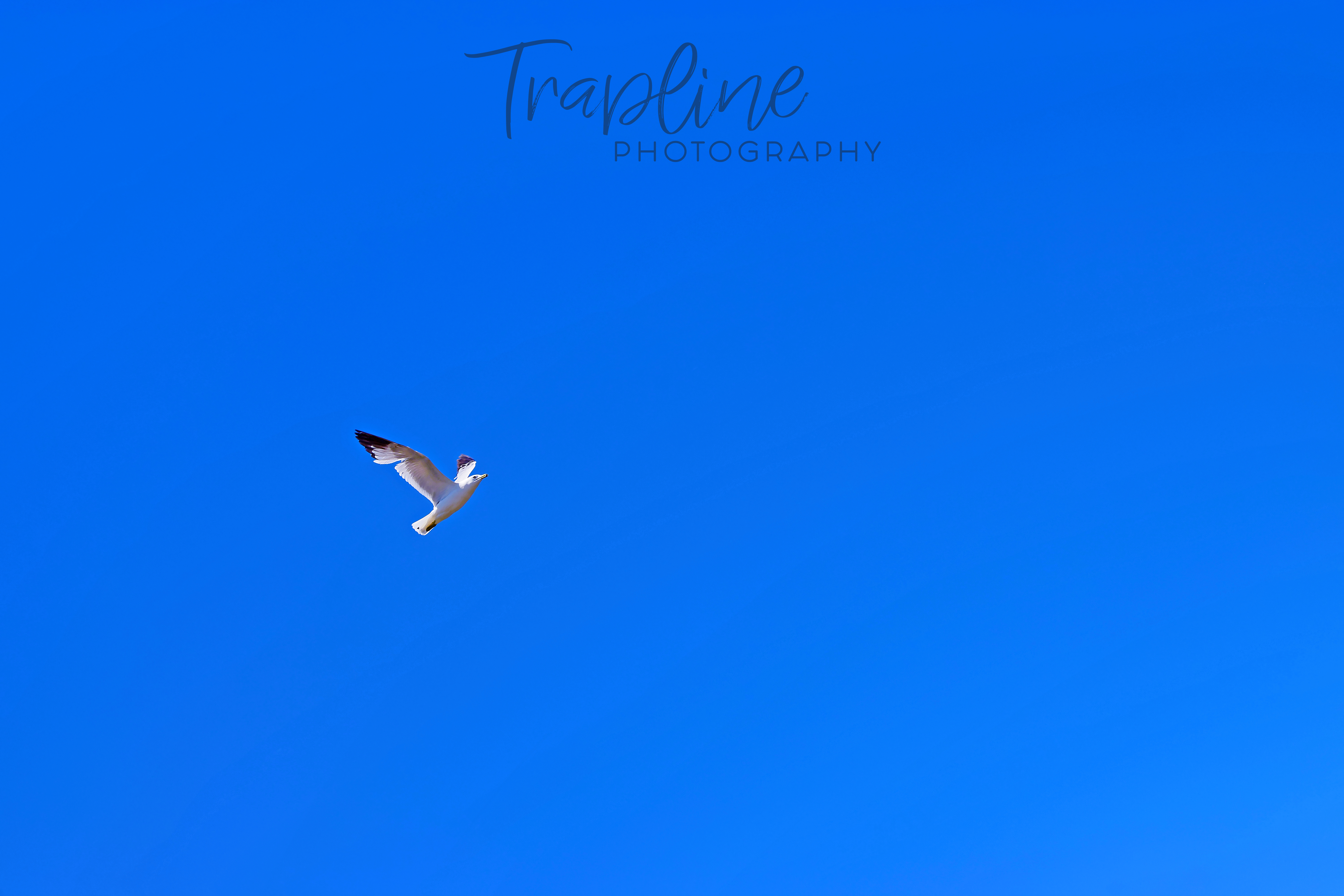 The sky was super blue! 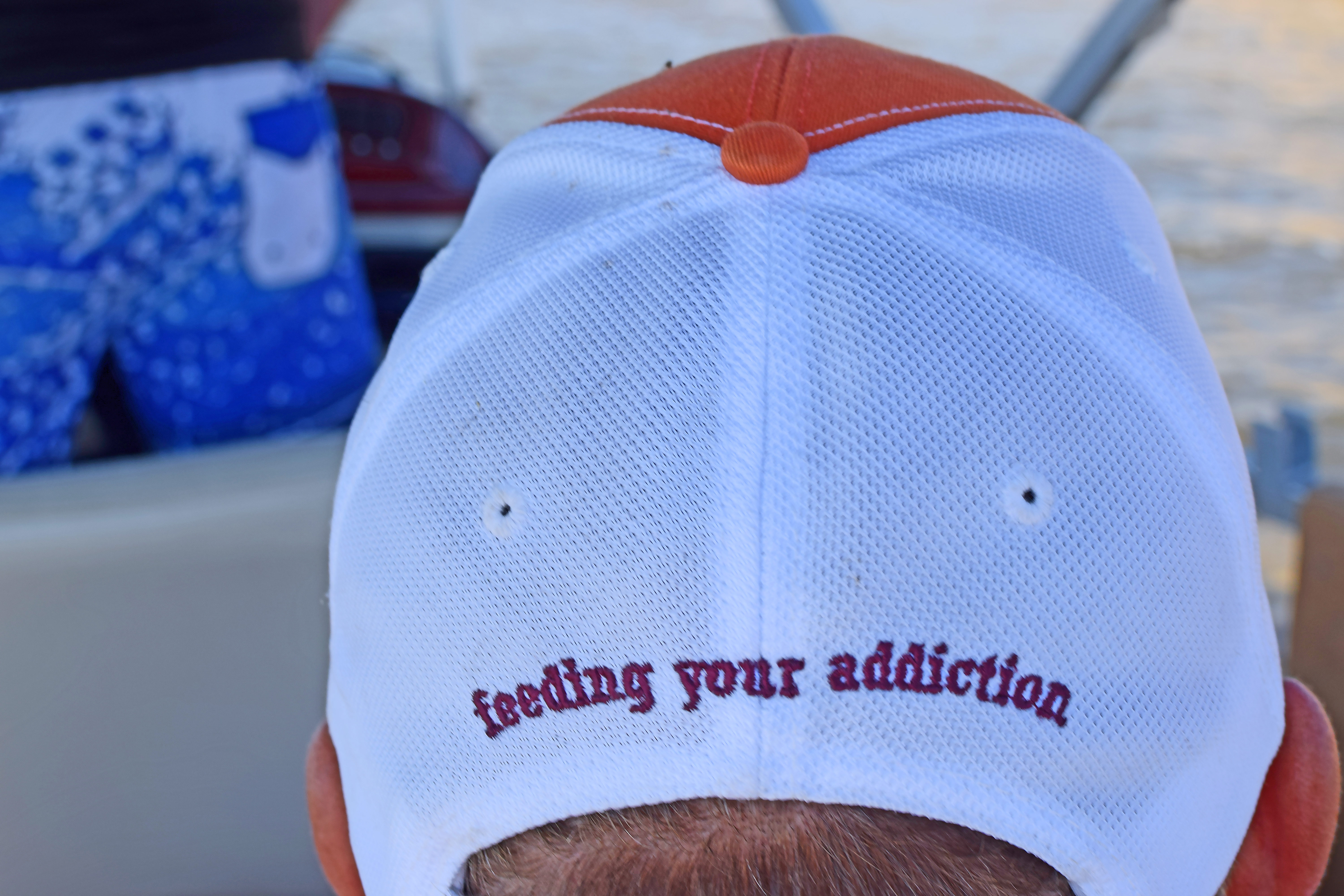 This sums up bowfishing. 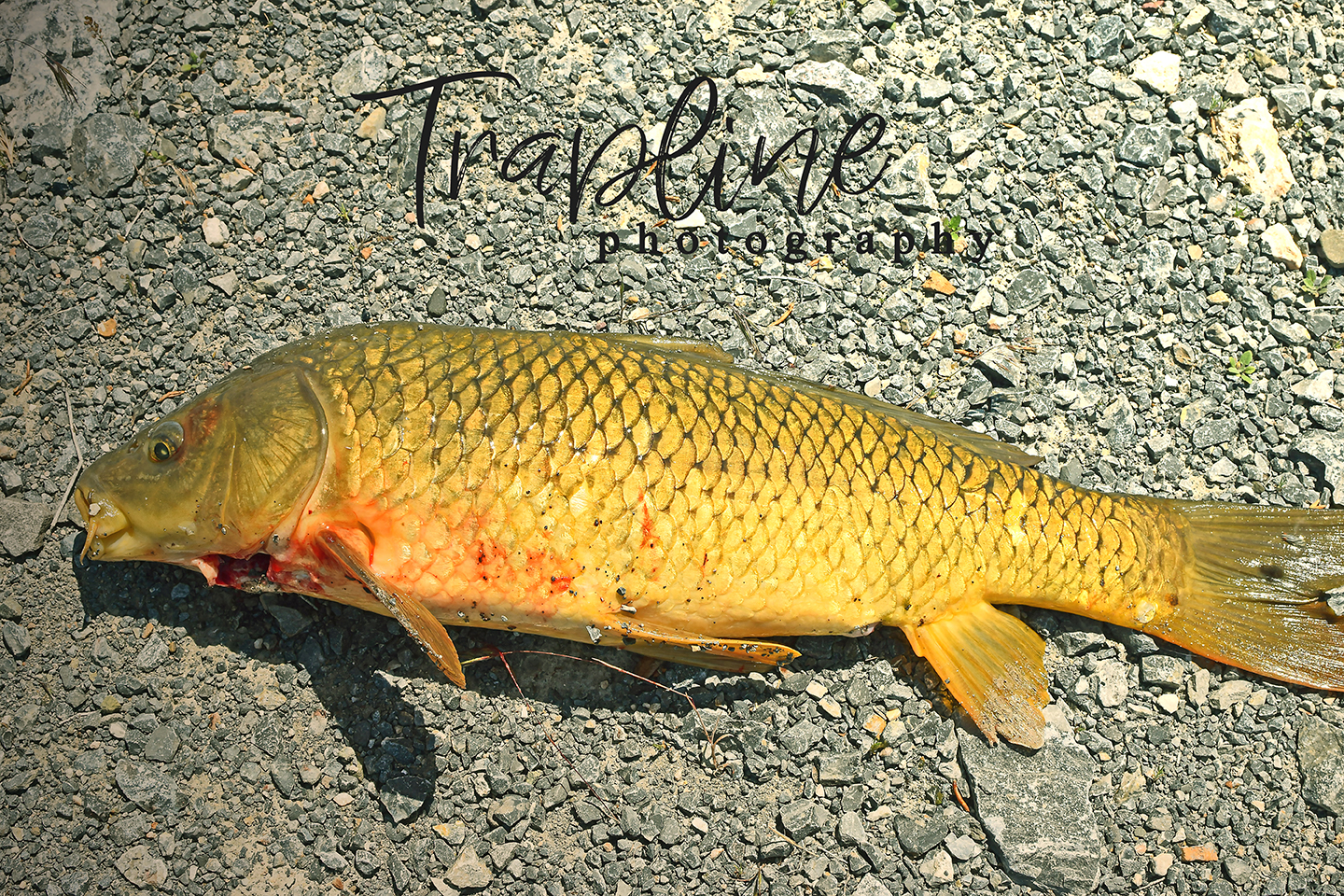 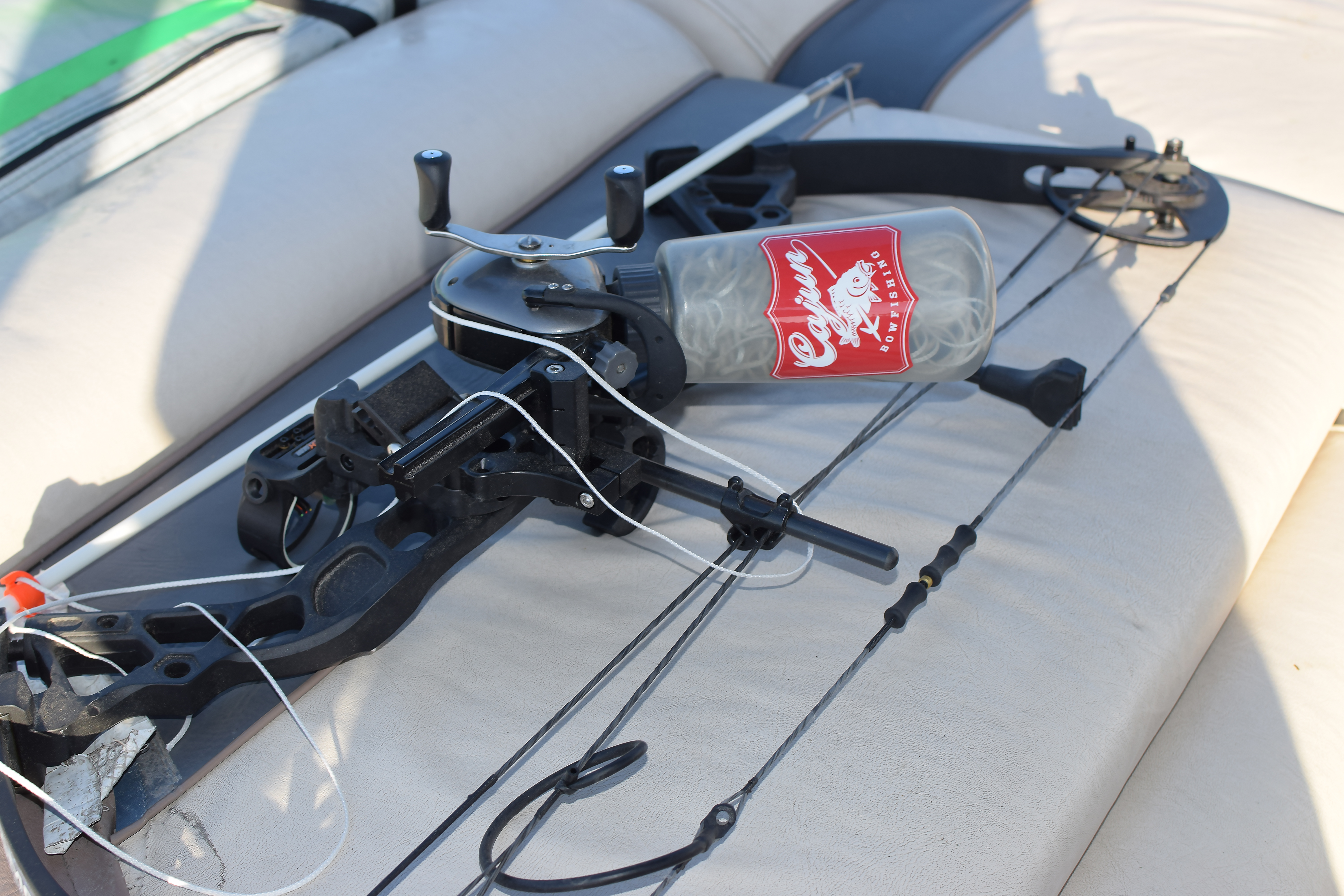 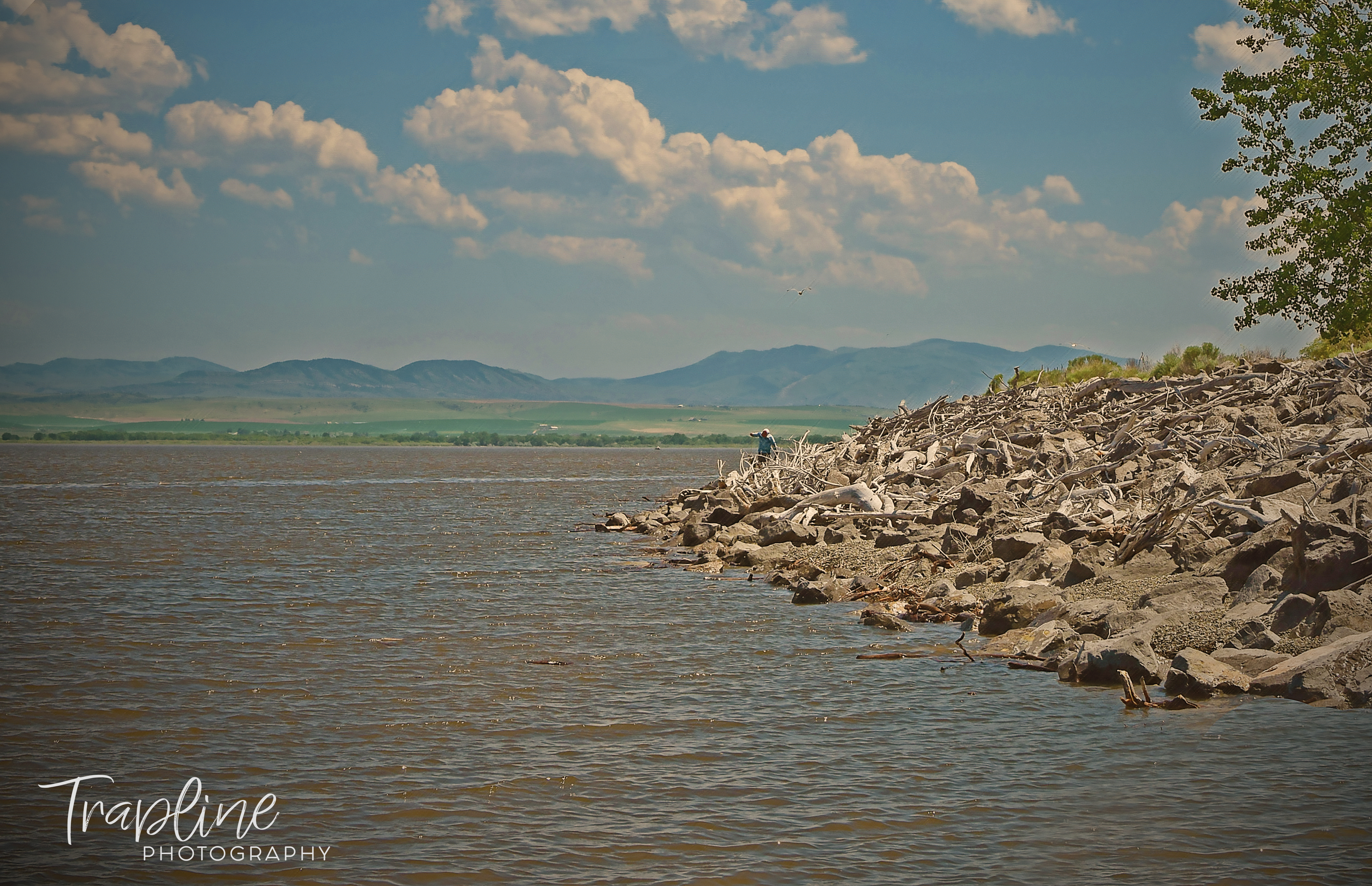 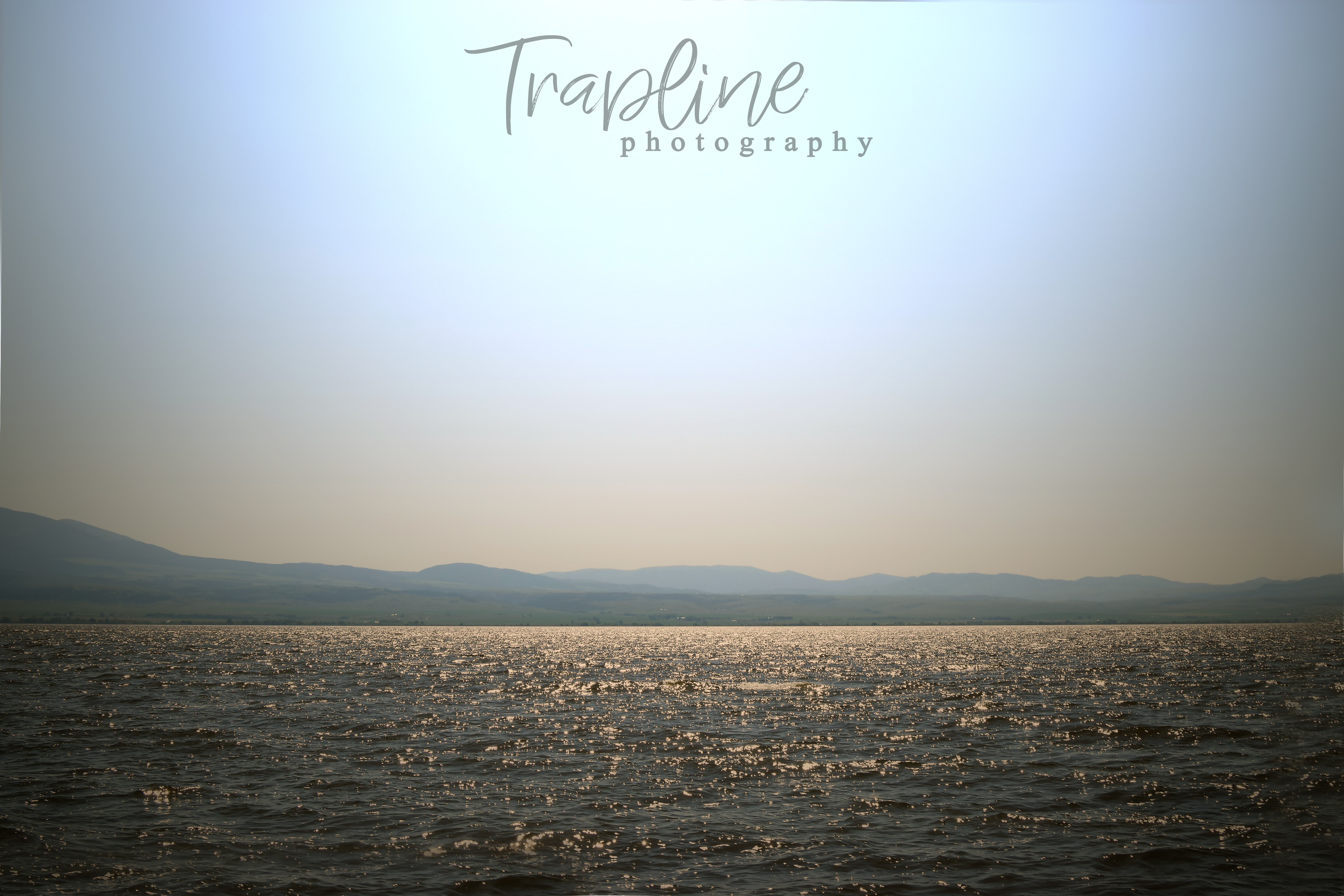 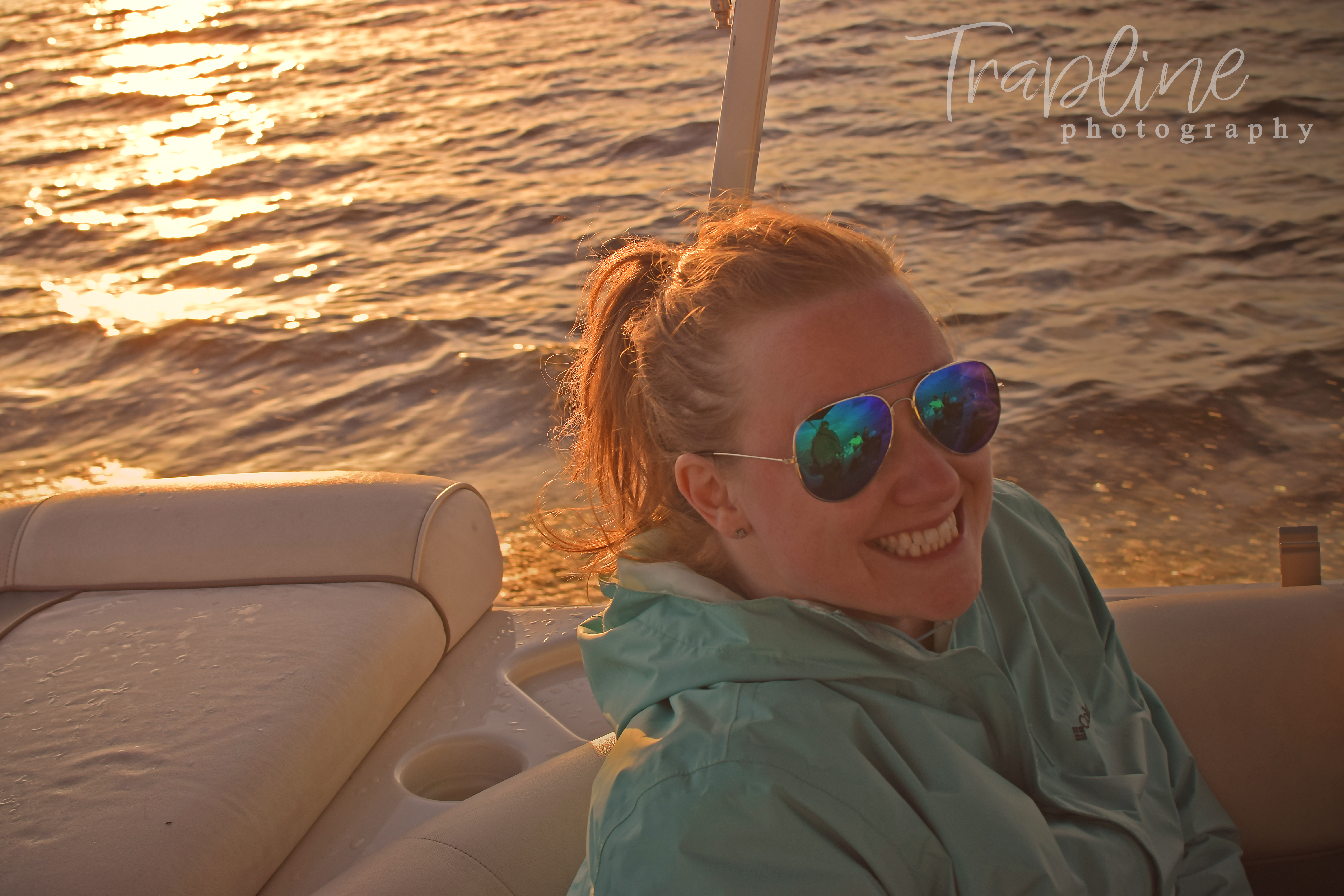 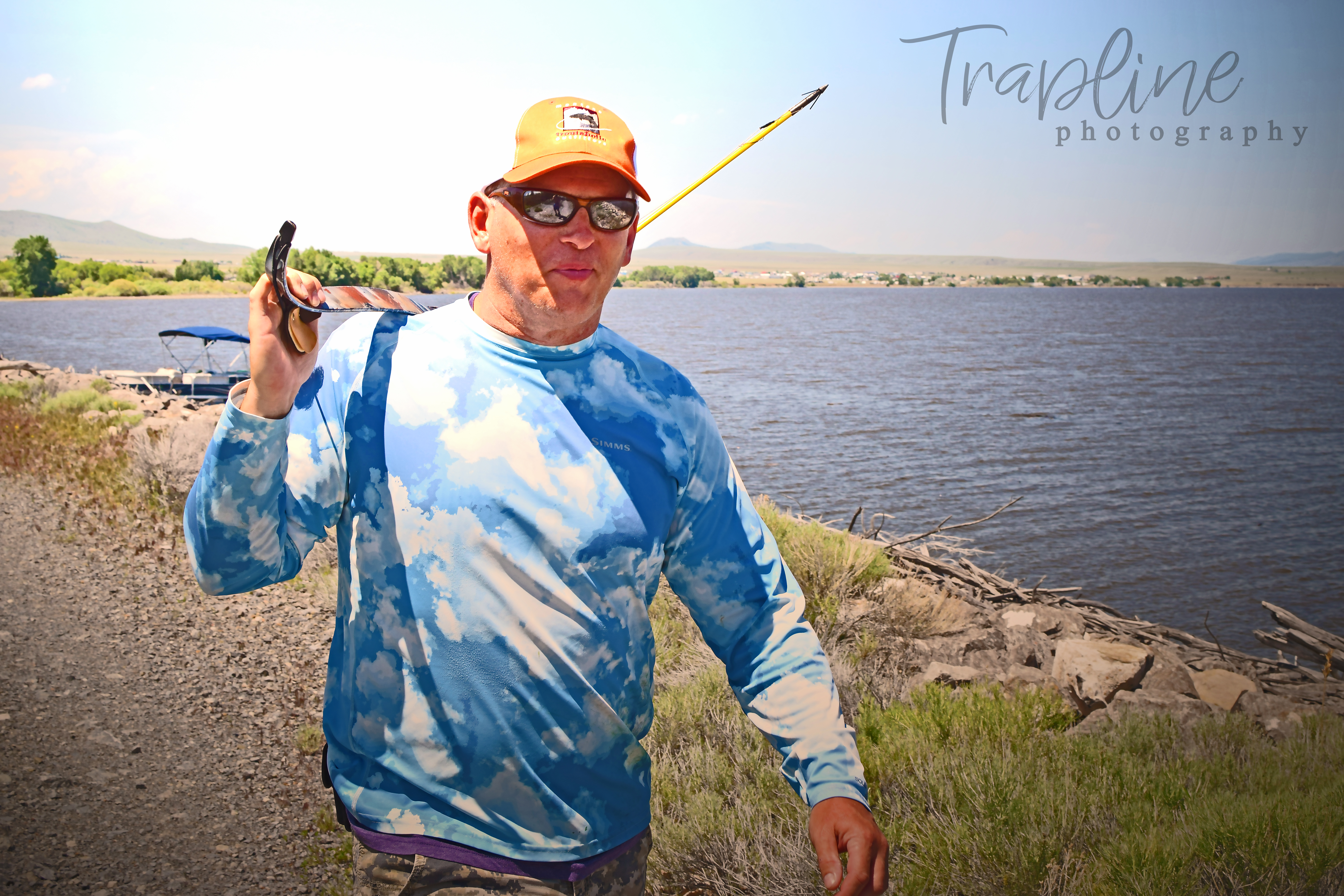 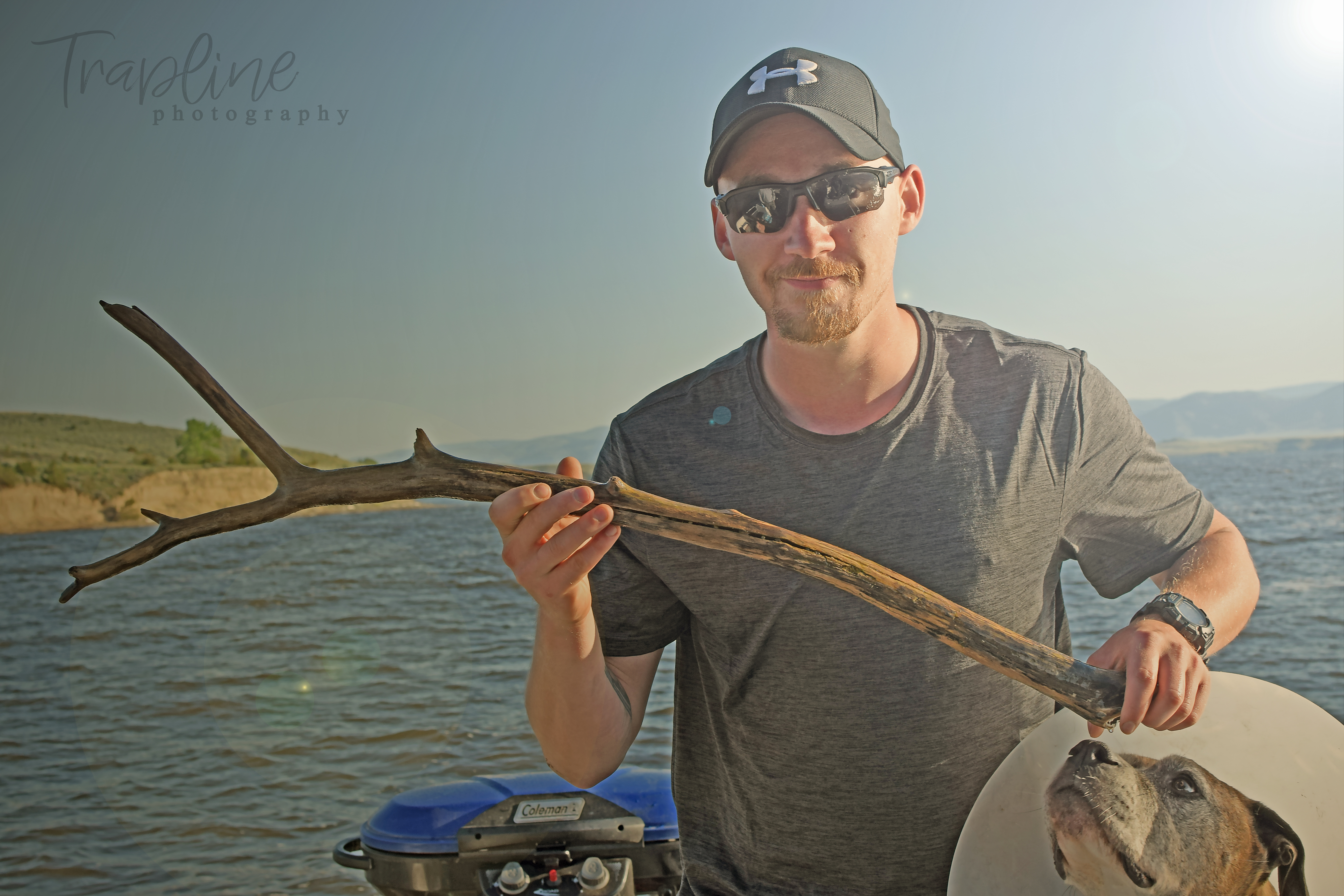 Devin found this antler in the water–okay, it’s a stick, but it sure looked like an antler from afar… 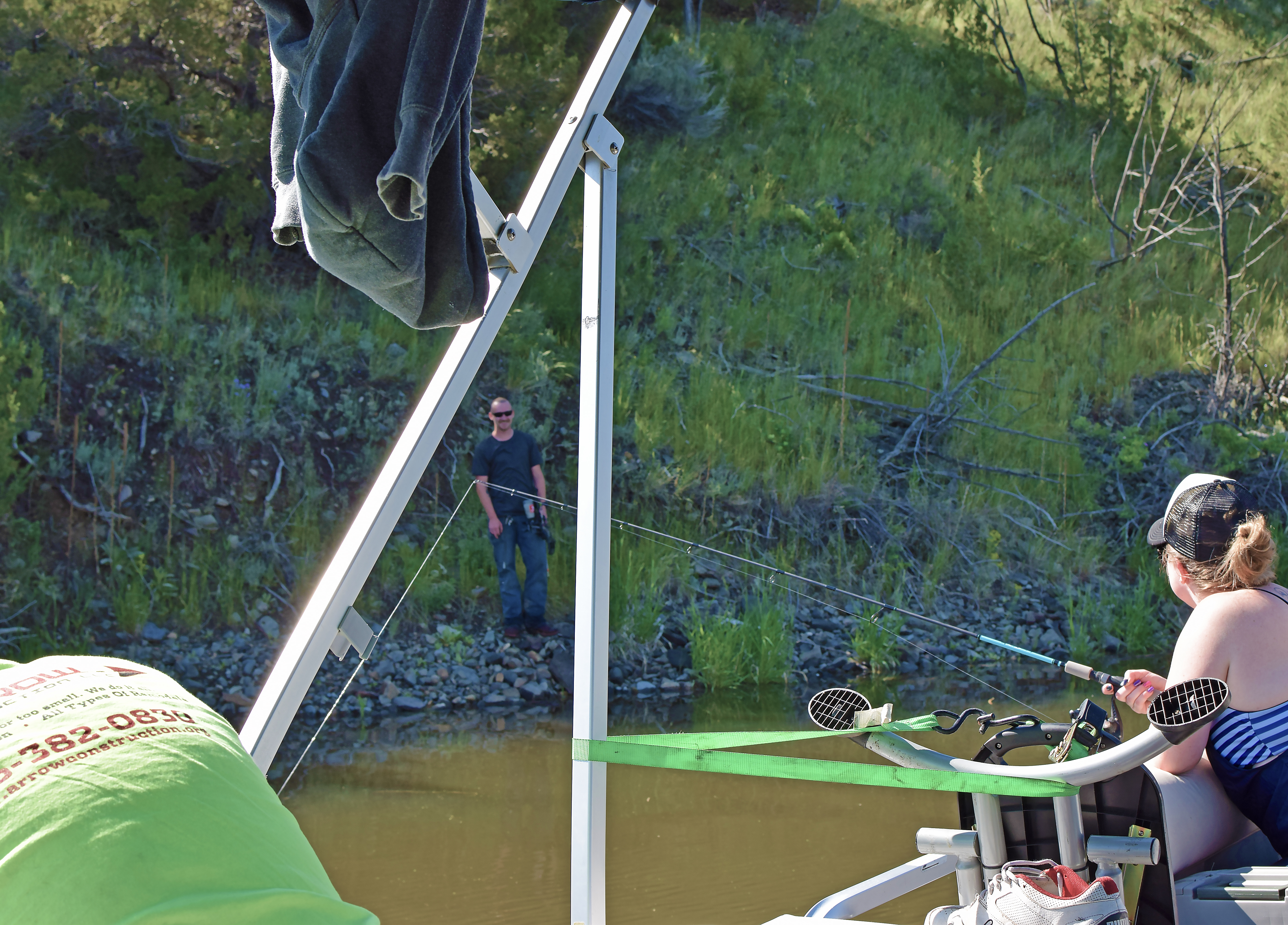 The water was so muddy.. 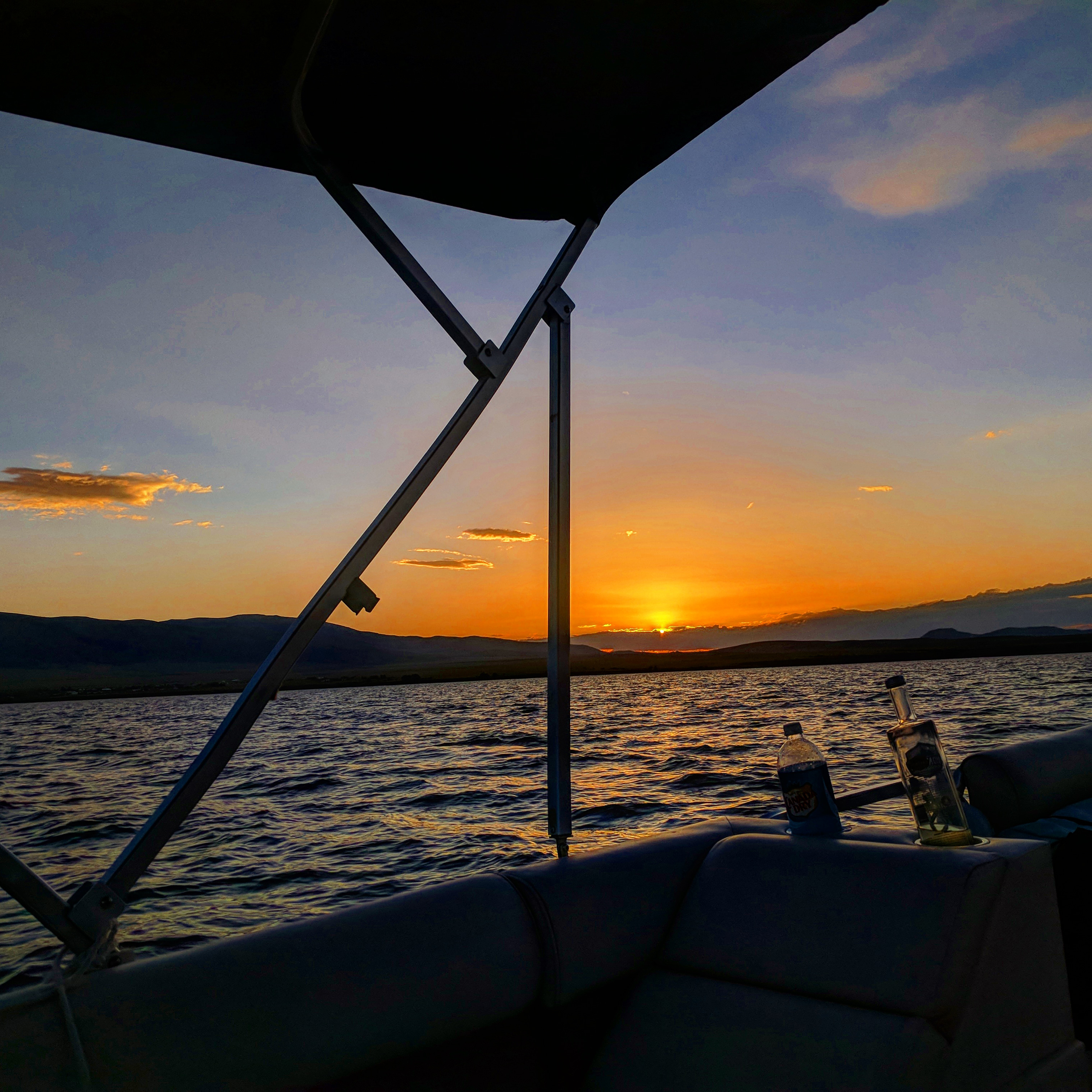 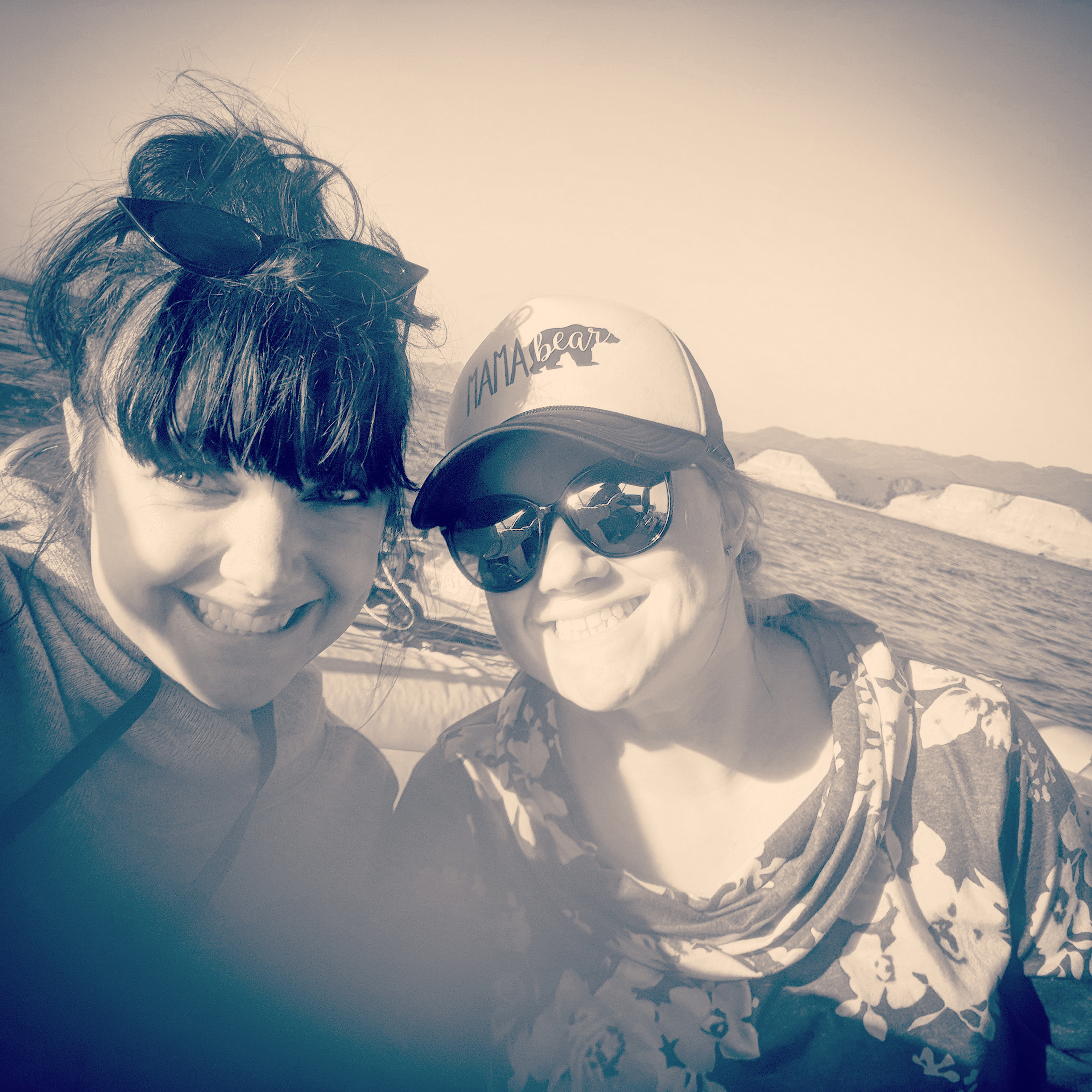 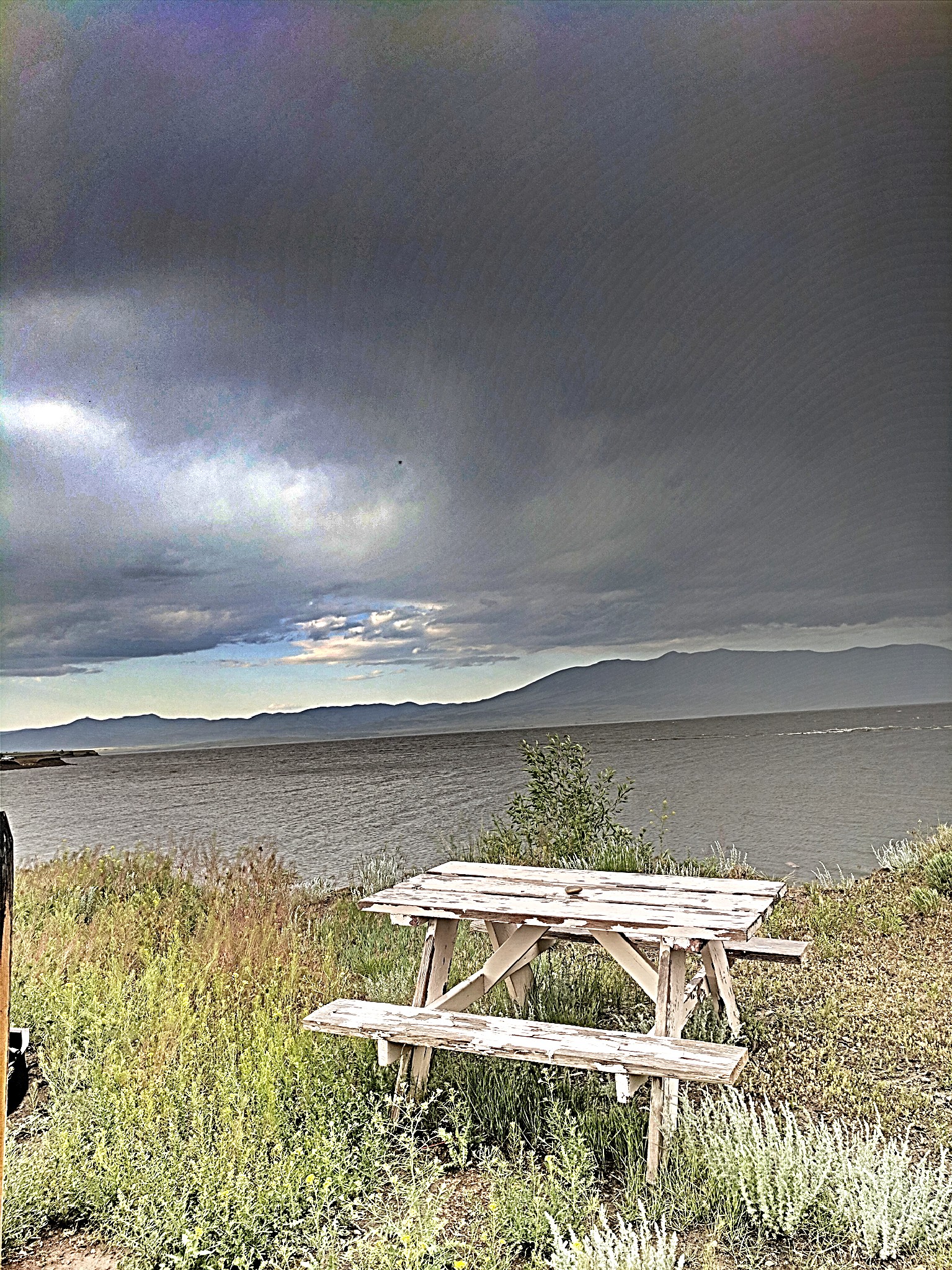 The sky on Friday upon arrival 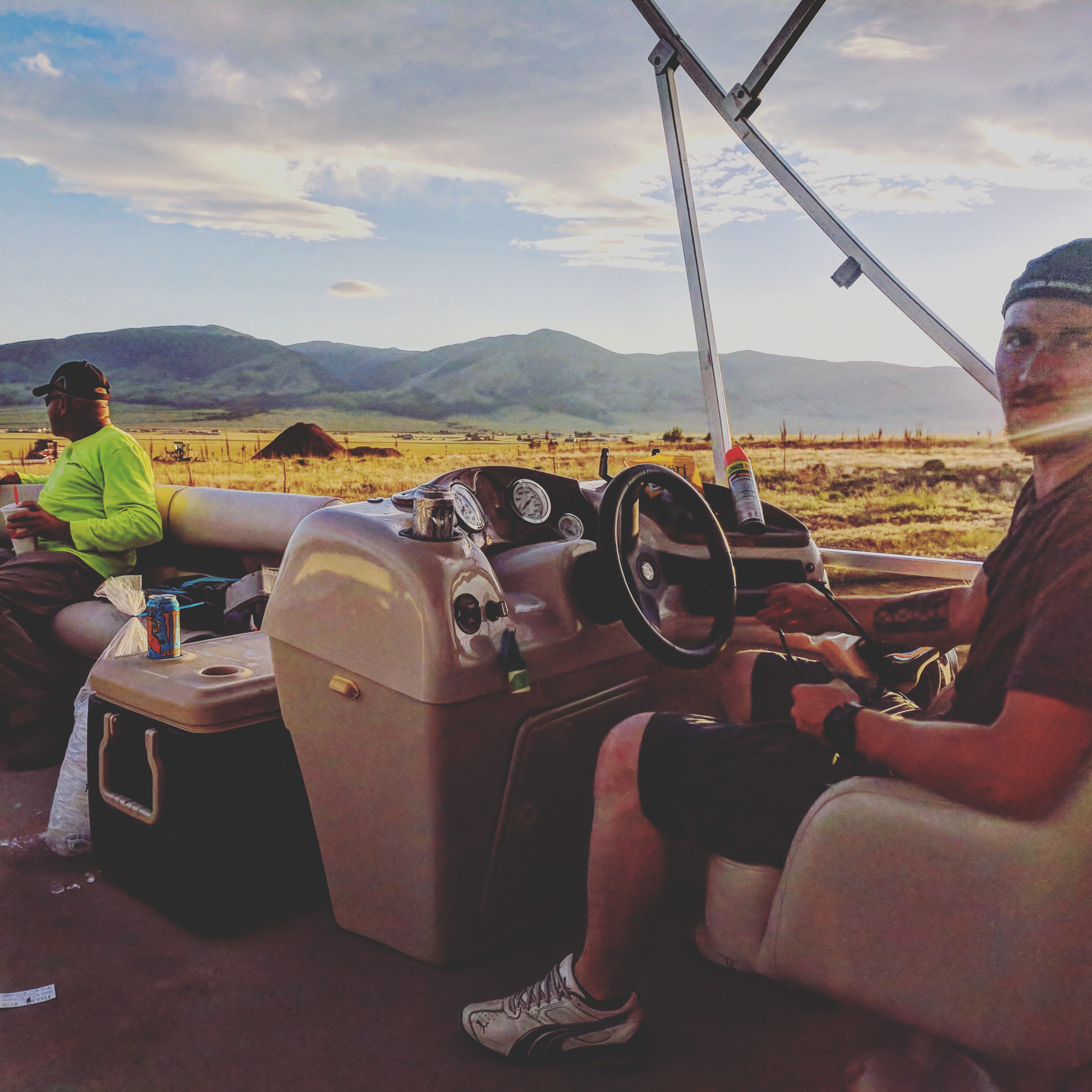 We must’ve forgotten to put the boat in the water. 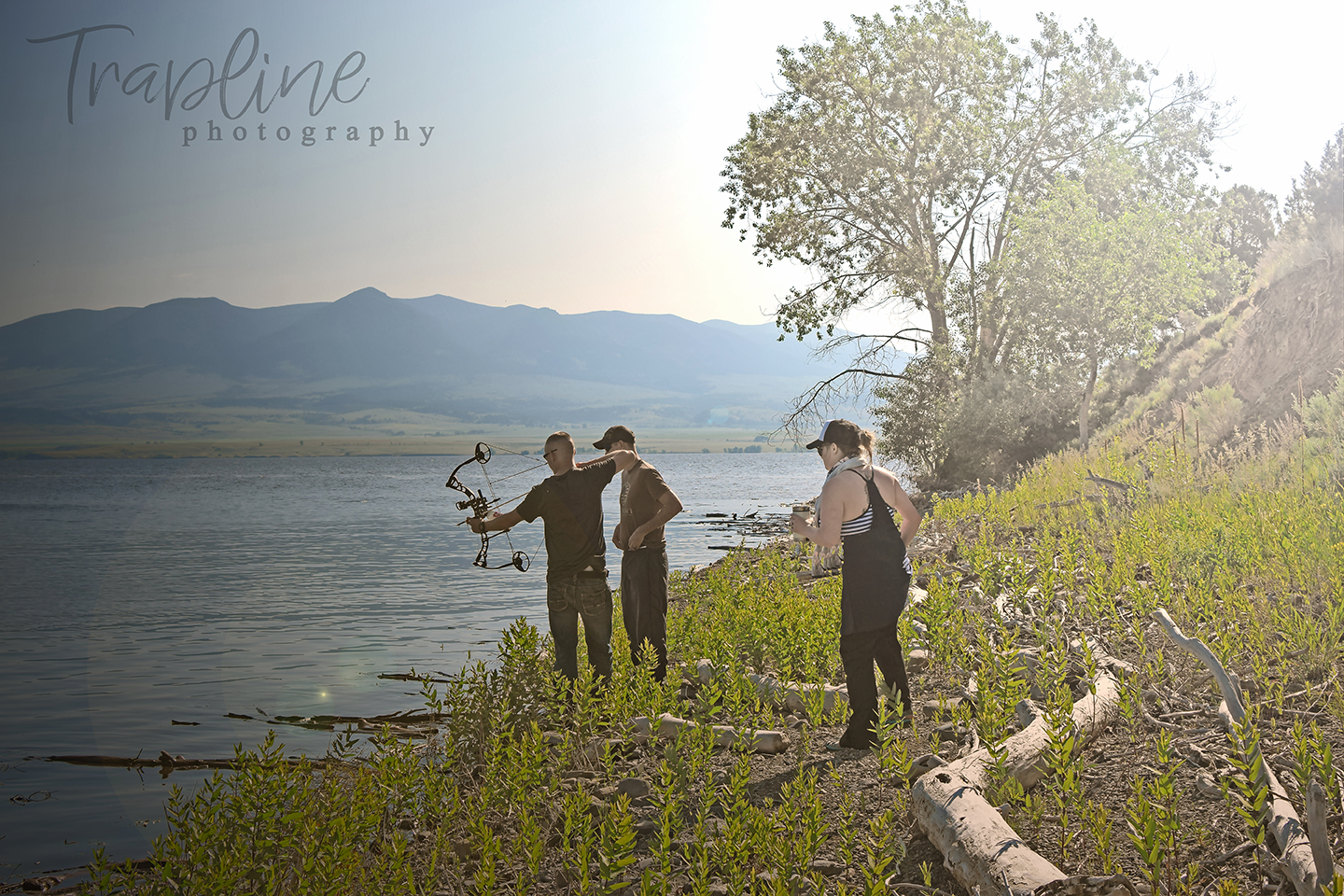 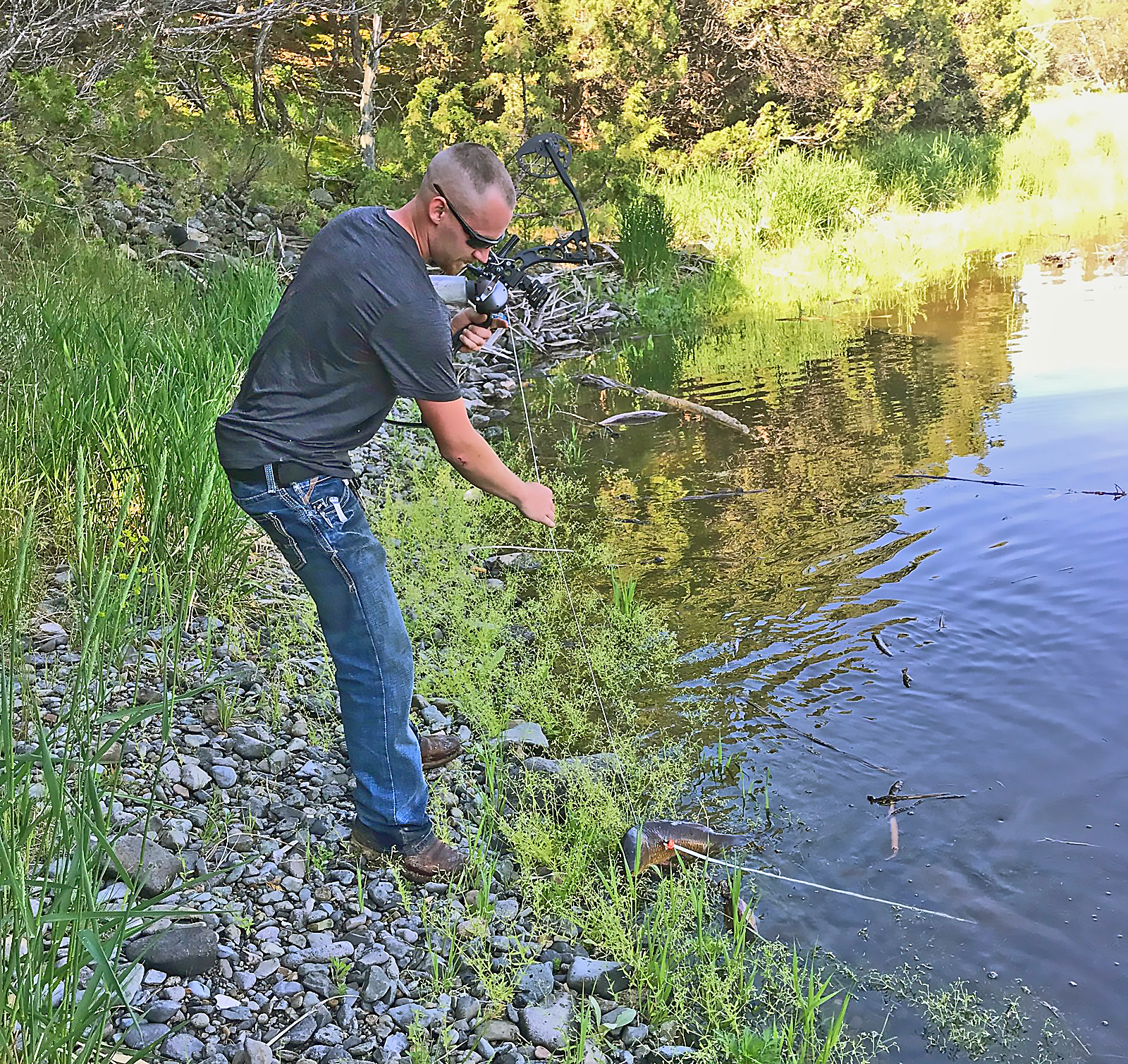 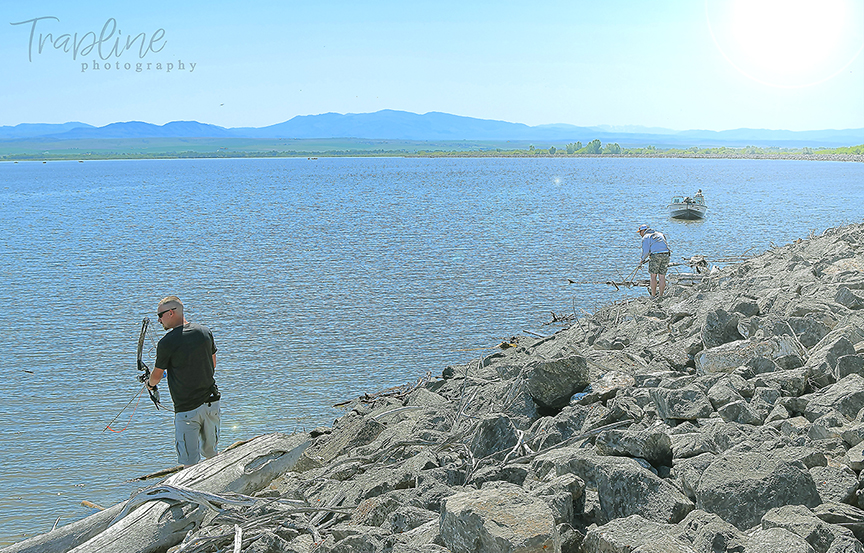 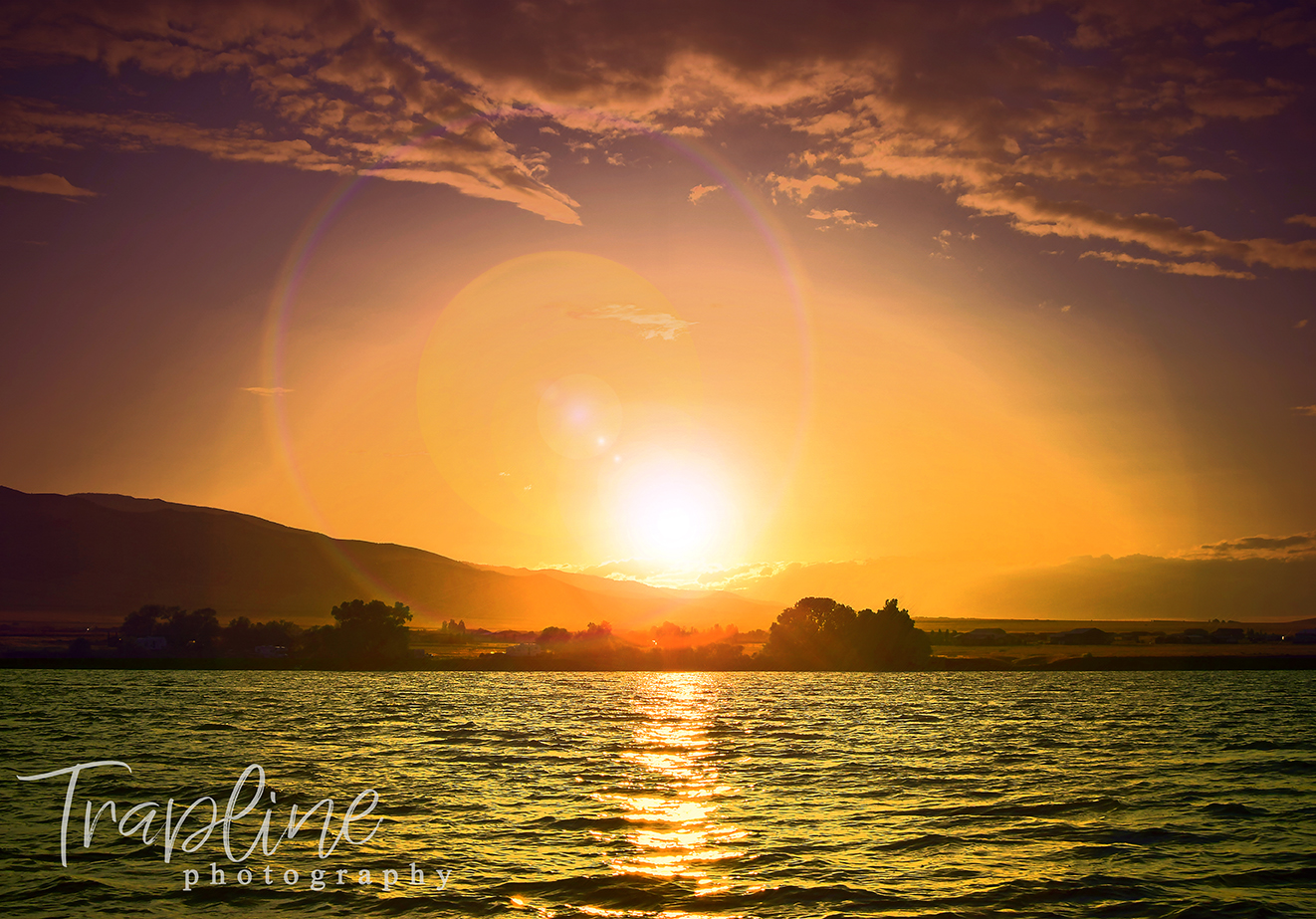