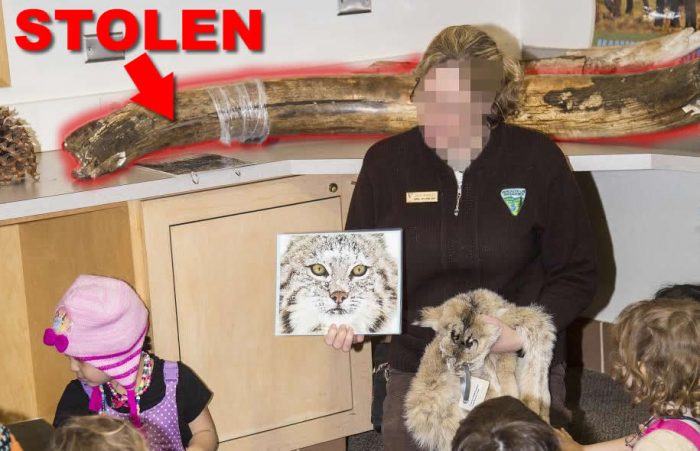 The Bureau of Land Management is asking for the public’s help after a five and a half foot long mammoth tusk was stolen from the BLM Campbell Creek Science Center in Anchorage this spring.

The theft occurred on March 8 when the Science Center was burglarized, according to a BLM news release issued on Tuesday.

The task is eight inches in diameter on the large end and six inches on the small end. It’s “mottled dark and light brown” in color and weighs about 100 pounds.

The tusk has been used an educational tool for generations, according to the BLM. The agency’s law enforcement office is offering $500 reward leading to its recovery.

Hard to believe the tusk will be easy to hide for long. 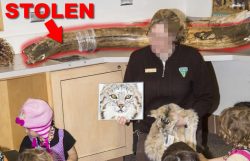