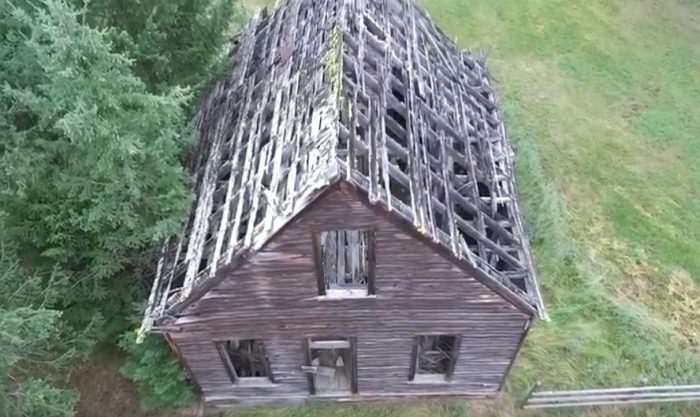 Exploring A Montana Ghost Town Near Superior [VIDEO]
By angelamontana

Have you ever heard of Keystone?  It’s a ghost town near Superior, Montana.  Check this out:

Keystone (formerly known as O’Rourke and Carter) silver lode was discovered in the 1880s in a valley northwest of Superior. Homes, a post office, hotel, boarding houses, butcher shop, miners’ union hall and a school were all built to support the 300-500 people who rushed to the area seeking their fortunes. As with most mining towns Keystone didn’t last very long. Now, only a few ruins scattered here and there remain; its population moved away long ago. Keystone has all but disappeared. This sequence was shot with a DJI Phantom 3 drone, a DJI Inspire drone (thanks Ed) and a Canon HFS-100. Post production was accomplished with Adobe Premier Pro. Music: “Lost Frontier” and “Heavy Heart” by Kevin MacLeod (incompetech.com) Licensed under Creative Commons: By Attribution 3.0 License