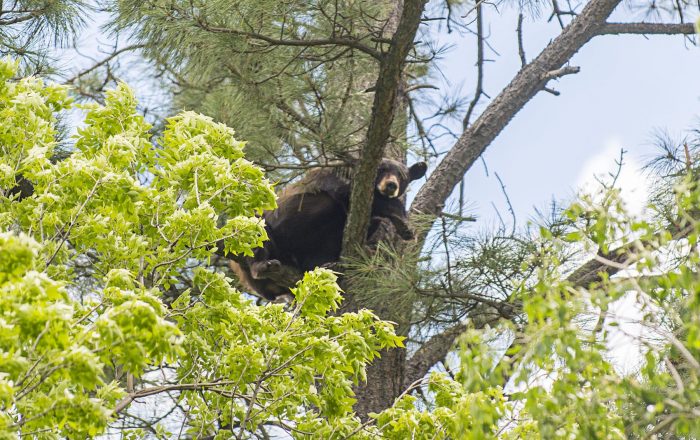 Here’s some recent news from our neighbors…

While many zoo employees are concerned about the captive animals escaping the zoo, a 2-3 year-old wild black bear in Pocatello, Idaho decided it wanted to see what it was like inside the walls of the zoo, according to an article in the Idaho State Journal.

“Our vet came in to do his normal rounds and work with our staff and at seven o’clock I got a call saying, ‘Hey I think we have a black bear out,’” said Zoo Idaho Superintendent Peter Pruett. “I got here at 10 after seven and checked on the grizzly bears who were safely secured. I came down and checked on our black bears and they were safe, too. But just down the pathway this little guy was just standing there in front of the cougar exhibit.”

Apparently, it is still unclear how the bear actually made it into Zoo Idaho in early July, which is one of the only native wildlife zoos in North America, while also being the first bear known to have entered the city limits of Pocatello, aside from a sighting in northeastern Pocatello approximately a month before.

There was a standoff in a sense, as the bear climbed a pine tree and stayed approximately 70 feet high for a while to avoid Idaho Fish & Game who was patiently waiting below with a tranquilizer gun.  The bear eventually climbed down the tree and was tranquilized, tagged and dropped off at a remote, undisclosed location–far away from Zoo Idaho.

To read the full article in the Idaho State Journal, click here.