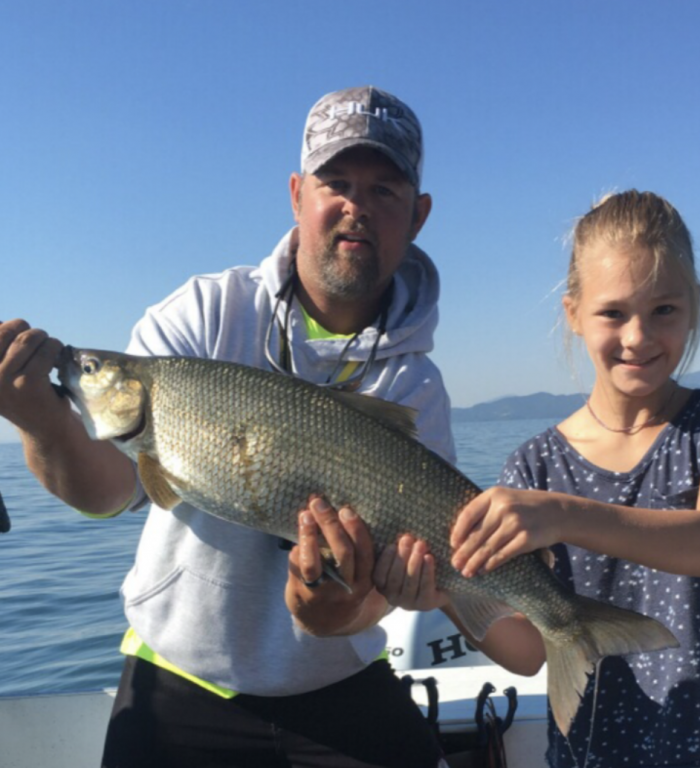 The Flathead Lake Whitefish Bite Is On
By Hookemharry

It’s a Whitefish weekend on Flathead Lake.  Whitefish have been biting all over the lake on the west side points including the Delta
Here is what Ross Tate from Missoula had to say about this mornings bite, “The Whitefish produced on the Delta today in 41 ft of water and many on the  Zimmer fly including the one which came in at just over 6lbs. We caught more than 40 in 2 hours and done before 12 Noon”.
Ross was fishing along side Jim Johnson from Hi Country Snack Foods and his buddy Dennis Peterson from Lincoln.  They also had a good day and caught some nice size lake trout too!

The large whitefish was caught on Mo Fisch Charters by Captain Cameron Hockett’ guest today.  It weighed 7.5 pounds and was 28 inches long
Rattle D Zastor Lures and whitefish flies are available at Bob Wards in Missoula and Snappy’s in Kalispell. 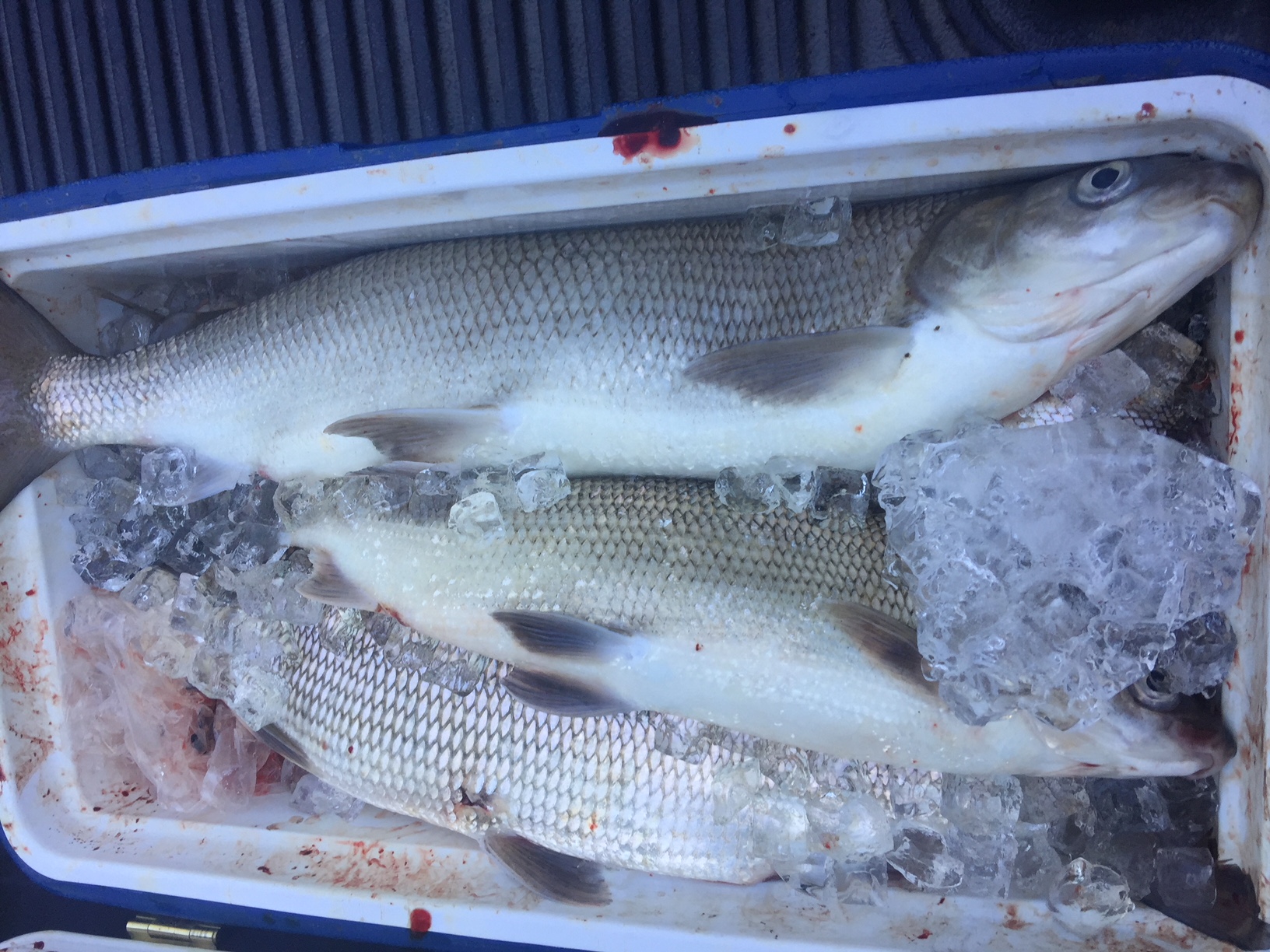 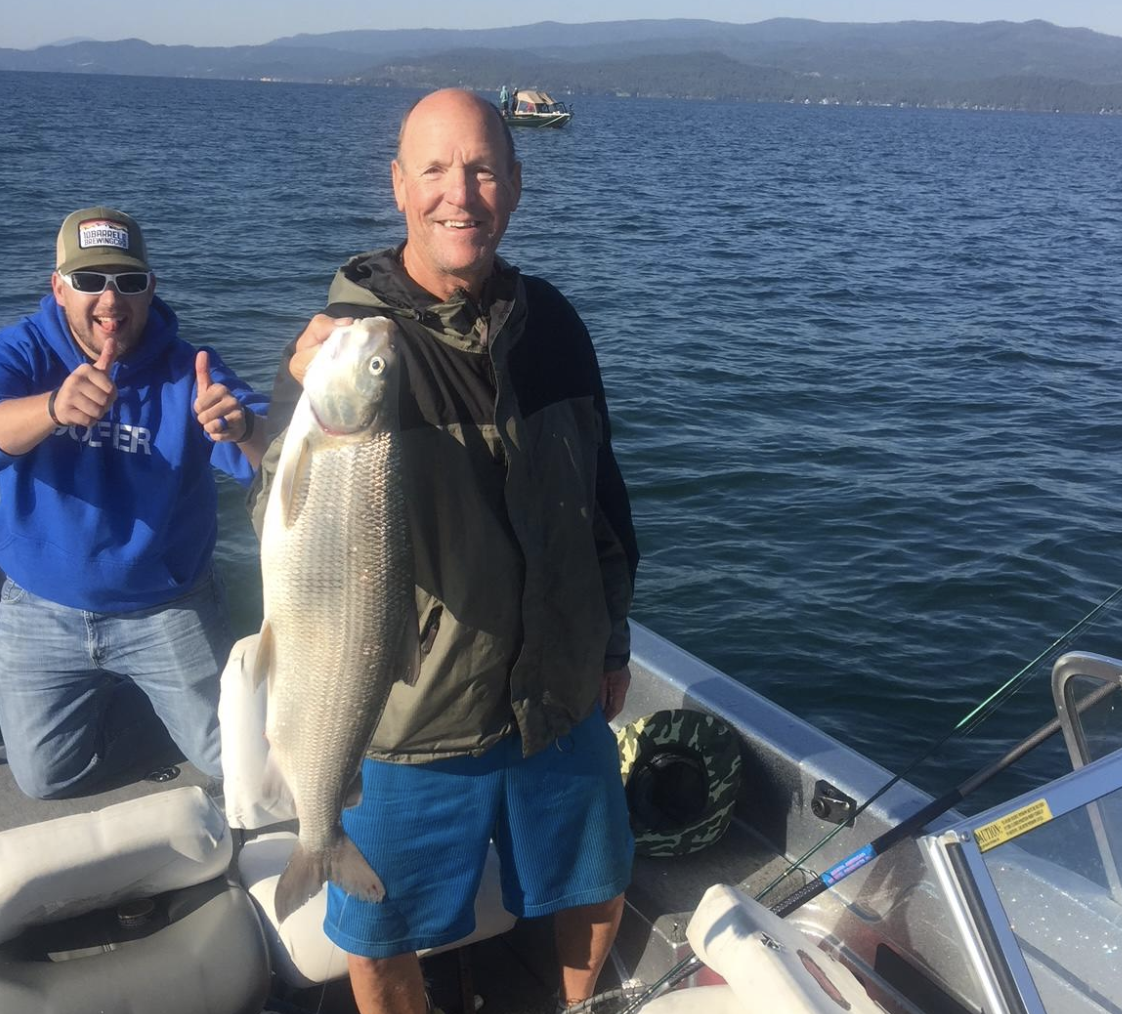 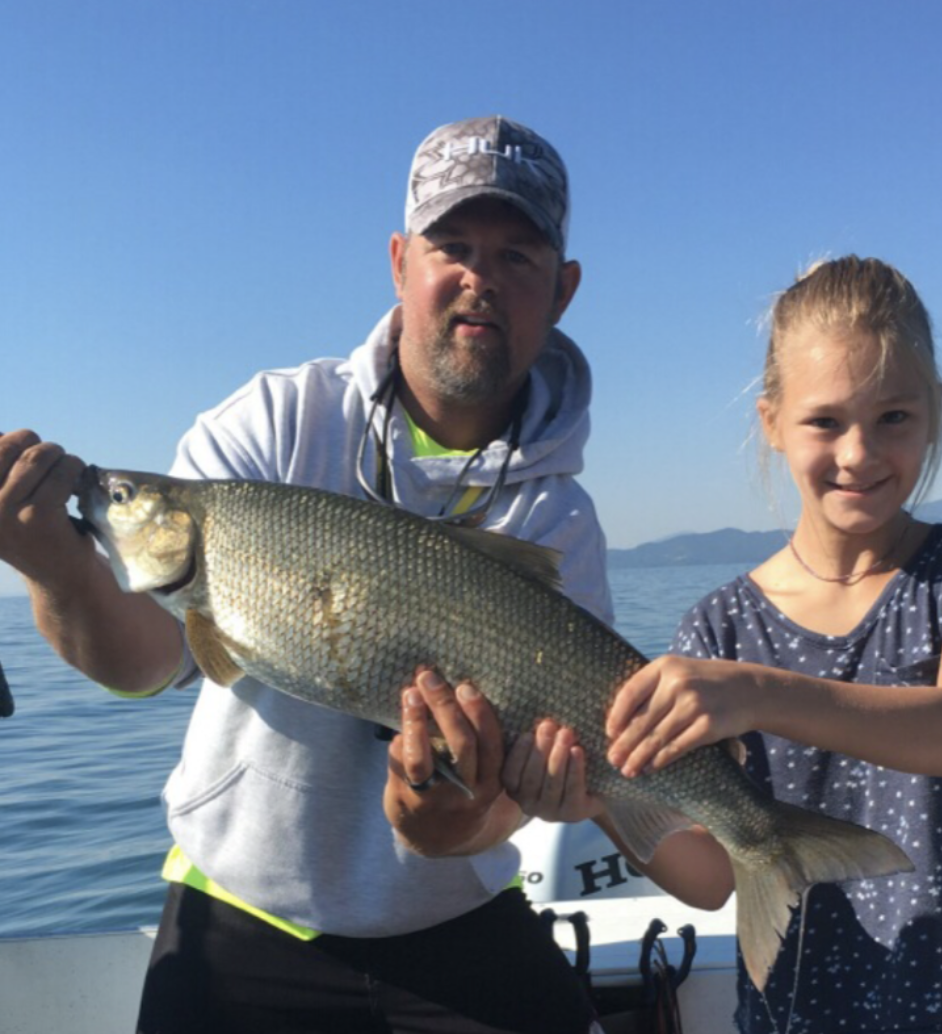