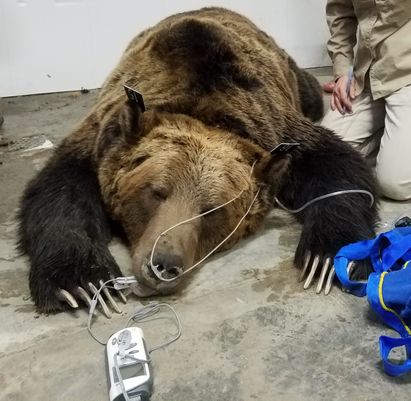 Grizzly Bear Captured in Garage Near Valier (via GFT)
By angelamontana

An article on the Great Falls Tribune site by Jo Dee Black stated that a large grizzly bear was captured inside the garage of a Hutterite family near Valier, Montana.

So the colony members called the bear management specialists from Montana Fish Wildlife and Parks.

“They said the bear wasn’t causing problems, it was just in the wrong place at the wrong time,” said Wesley Sarmento, of FWP.

It apparently took six people to move the bear after it was tranquilized.  To read the full article in the Great Falls Tribune, click here.