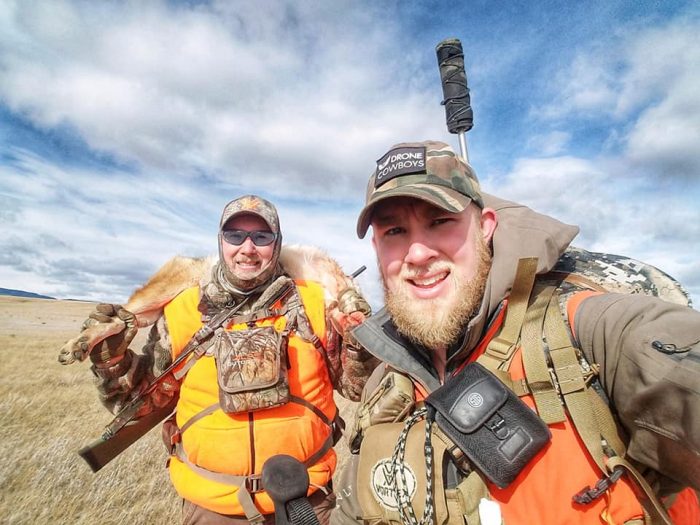 LOPE A YOTE!!!
By Montana Grant 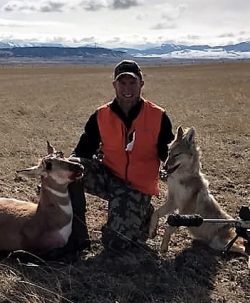 It is not uncommon to see other predators afield. Bears, lions, wolves, “Oh My”, they are hunters too. Coyotes are found in every area we hunt. They hunt alone or in packs. With the increase of wolves, coyotes have moved closer to roads and developed areas. Competition forces them to become less fearful of human activity.

Recently some friends were hunting antelopes along the Musselshell. Our first outing saw few antelopes, but we did see several coyotes. Bones strewn afield showed that antelope had participated in the food chain routinely.

Mike and his brother were sitting and spotting for antelope when a herd of lopes 30 ran within 400 yards. With one accurate shot, his tag was filled. The antelope was down. Suddenly, a coyote came running toward the kill. He must have spooked the herd toward the hunters. A second accurate shot sealed the deal and a “Lope a Yote Day” was born.

Another interesting part of this story was the doe that was tagged. She was the largest antelope in the group and appeared to be a small buck. When examined, he was a she, with cutters on her horns. She also was blind in one eye. What a tough critter. 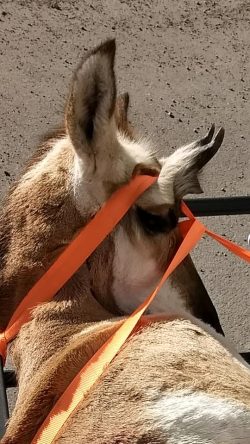 Both the antelope and coyote would be utilized. The balance between predators and prey is important. An ecosystem can only support a certain sized population of wildlife. Wildlife managers determine the population and issue tags accordingly.

Another great day along the Musselshell!

For more Montana Grant, hunt him along the www.montanagrantfishing.com.