A Passion for Firearms: The Winchester Model 70 (with Colonel Smoothbore)
By angelamontana

Like so many baby boomers born in the early fifties, some of my earliest memories were those of movies and the “new” medium, television. Other than my family, race cars and firearms have been my real passions for as long as I can remember. Well, my racing days ended quite a while back, but guns still “light my fire.” Westerns sparked that fire and the guns used by lawmen, bad guys, and cowboys were the firewood that burned in the hearts of young lads like me all across the land. Wyatt Earp, Have Gun Will Travel, Roy Rogers, Bat Masterson, The Lone Ranger, and the two coolest dudes on TV, James Garner as Bret Maverick, (Maverick) and Steve McQueen as Josh Randall (Wanted: Dead or Alive) gave us pups a lot of fodder for our imaginations. As far as the movies, two guys, Alan Ladd and “The Duke,” John Wayne were all that mattered.

I was about 5 or 6 years old when I discovered that we actually had a real gun in our home. This happened when I went on my first hunting trip with my dad. 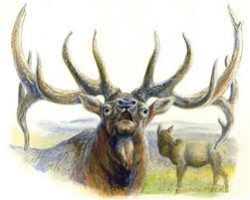 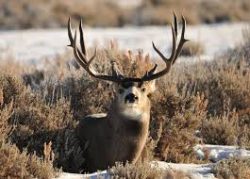 The gun was my Dad’s Winchester Model 70. It was chambered in .270 Winchester, a caliber that was his favorite, and the favorite of the legendary Jack O’Connor. I well remember that gun; it had a Weaver 4x scope, a military style sling, and good old iron sights on the barrel. It was in perfect, like new shape. I wasn’t strong enough to mount it, but Dad did let me touch it and also let me examine the bright gold “bullets” that went inside. For me that gun was truly beautiful, in my mind, a work of art. 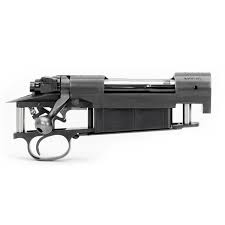 The Winchester Model 70 was introduced in 1936. The sporting rifle perfected the assets of both the Mauser 98 and the Springfield 1903. It featured “controlled round feeding” in a non-rotating claw extractor,  3 position wing safety, a blade ejector that was a major improvement over the Mauser’s, an adjustable trigger, a one-piece bolt, and a cone breeching system that helped prevent bullet damage when loading the chamber. Over the years, the Model 70 became known as “The Rifleman’s Rifle.” It was chambered in nearly every cartridge on the planet and was produced in many models and grades too numerous to discuss here. 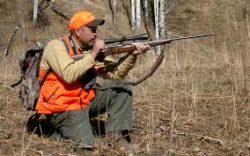 The Model 70 was again resurrected when Browning, a subsidiary of FN Herstal, was licensed by Olin Corp. to make the Winchester brand of firearms. Production was moved to the FN plant in Columbia, S.C. In 2013, assembly of the Model 70 was moved to FN facilities in Portugal. According to the company, this was done so that production could be increased and more rifles would be available to the shooting and hunting public.

Today, I finally have my own Model 70. It is a Featherweight model chambered in .300 WSM. It is one of the first 10,000 to come out of the Columbia plant and is marked as a “Special Edition” on the floor plate. When I get my act together, the rifle shoots very accurately. I’ve worked up a load for this gun and the results have been excellent and more importantly, repeatable. This gun consistently shoots sub MOA with both 180 grain Accubonds® and 150 Ballistic Tips®. The .300 WSM is a terrific caliber, but it does produce a fair amount of perceived recoil. While it is light; about 8 pounds with scope and sling attached, my gun is a joy to shoot. But I will admit to some prejudice when it comes to the Model 70, especially mine that I waited for, for about 50 years.