Peter Paul Mauser was born in 1838 in Oberndorf am Neckar, in what is now the country of Germany. The youngest of 13 children, Paul’s father was a gunsmith employed by the Royal Rifle Factory in Oberndorf. At age 14, Paul Mauser went to work at the same facility along with his father and 5 brothers. His, and his brother Wilhelm’s, aptitude for the craft were immediately evident and they received advanced training almost immediately. Both became adept at designing firearms. In 1859, after some military training and with a highly regarded reputation, Paul was assigned to the prestigious Ludwigsburg Arsenal. Exposed to a Prussian needle-gun in 1857, Paul had immediately realized that the design would be the rifle of the future. In 1860, he and his brother Wilhelm started their own firearms business. Their

The Mauser brothers came up with a new design and tried to sell it to the Austrian government in 1866. They were not successful. One of their older brothers had earlier immigrated to America and found work with the Remington Arms company. One of the brother’s coworkers saw their new rifle and bought the rights to it. After spending time in Liege at what is now FN, the brothers returned to Germany. They had learned a great deal not only about arms production, but also about the arms business. With Paul doing most of the technical work and Wilhelm handling the business affairs, the Mausers scored big when the Prussians accepted the Mauser Model 71 as its military service rifle. In September, 1895, Paul Mauser patented the Gewehr 98, the basic design for the majority of bolt action rifles produced to this day. Somewhat like the Mosin for the Russians, the M98 or its offshoot, the K98, were the standard battle rifles for the German army through both World Wars. Like the Ak-47, it has been produced by countries around the world and, as I mentioned in an earlier column, the U.S., prior to WWI, paid royalties to Mauser for the ’03 Springfield design. 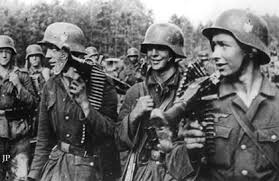 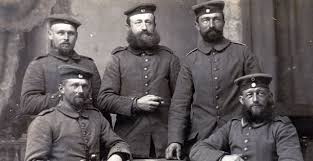 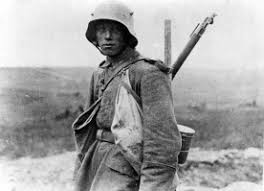 The Mauser 98 design is simple, very strong, and reliable, but fairly expensive to produce. The bolt has 2 large lugs at the front and a smaller 3rd safety lug in the rear. The bolt head and lugs are fixed unlike the Enfield and Mosin designs. The rear lug plays no part in lock-up. It has a rear mounted 3 position safety, cocks on opening, and features “controlled round feeding.” This means that as soon as the cartridge clears the magazine, a very large extractor secures the cartridge rim and holds it until ejection. It is impossible to “double feed” a Mauser. More than one excited dangerous game hunter under the stress of a charge has been saved by this system. The M98 was chambered in the very fine 7.92×57 MM cartridge (more commonly known as the 8 MM Mauser). The magazine can be recharged very quickly using stripper clips. The Mauser 98 is truly one of the greatest firearm designs of all time and we’ll look at some of the “children” of the ’98 in future columns.