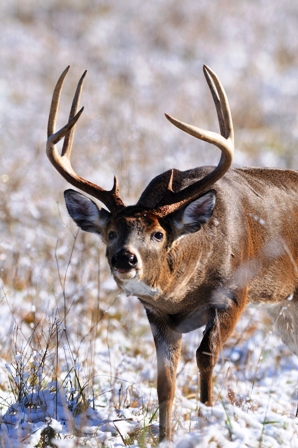 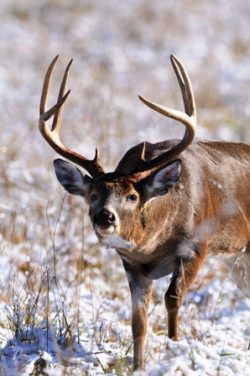 Hunting the Rut is great fun. This is the time when BIG bucks begin to chase does. One buck, or bull, can breed with dozens of females. Normally the males compete for the does so that the best survival and healthiest genes get passed along to the next generation.

Elk and antelope rut are in late August and September. There can be secondary ruts a few weeks after to address any younger females that come into season late. Mule deer don’t come into peak rut until early December. So, what does the Rut mean for the hunter?

Bucks are more active     It is common to see bucks or bulls chasing does around the fields and forests all day long. If there is a full moon, night time action is busy. There is usually 4-6 days when the woods are alive with mating action. Bucks will fight, does will run for their lives, and You can expect to see groups of critters in a mating frenzy. Smart old bucks and bulls that are normally nocturnal, will be vulnerable at this time.

Calls will work       Using a grunt call can bring in a buck. Elk bugling is not as effective as it once was but can still work. Using cow calls and short bull calls and sounds works. You can also use a decoy but beware of other novice hunters that could shoot your target.

Bucks and Bulls travel     During the Rut, males from miles away could show up in your area. They travel quite a bit looking for females. 10-12 miles a day is not uncommon. Bucks and bulls will often run 24 hours a day and loose 20 pounds during this time.

Scents work     Using attractant scents is a good idea. Male deer can smell a doe in season from miles away. Place the scent where you want the buck to come. Never put he scent on you! Use cover scents to mask your smell. Try earth, Apple, sage, pine, or scents that smell like where you are hunting.

The buck will often be on the move    Know how to stop the buck, so you can take your shot. Use a grunt call, whistle, or chirp. Once the critter looks at you need to shoot. If they smell a booger, they will be gone in a second.

Use your nose   Male deer stink during the rut. They urinate on themselves, roll in scrapes and feces, and generally put on Nature’s Perfume to attract the hot doe. When hunting into the wind, you will smell the males before you see them.

Do the Rut Stuff and fill your tag now!