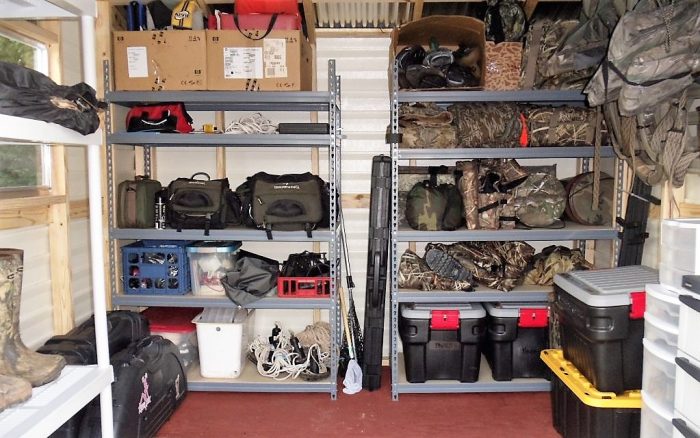 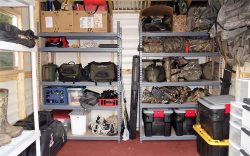 Now is the time to unload and clean your hunting weapons. With all of the rush from Thanksgiving and the end of Big Game Season, you may have missed something.

Years ago, at a Christmas party, a friend was bragging about his wonderful and accurate deer rifle. “ I shot a buck at 600 yards with my great rifle!” The next thing we see is the gun coming out of a cloth case.

The first thing that any good shooter examines is to see if it is loaded. Sure enough there was one round in the chamber and 3 in the magazine. Once we unloaded, we looked down the barrel. It was dirty, and full of debris. His last hunt was in the snow and pine needles and snow had entered the barrel. The rust had begun to form encrusting the needles. His Super Accurate rifle was now in distress.

After seeing his favorite deer rifle, we asked about his other guns used afield this year. No other weapons were loaded but one Browning pump shotgun was put away wet and was covered in rust. We all put our heads and skills together and had a cleaning party during his Christmas party. Fortunately, all the weapons were able to be saved.

Clothing and other gear are also important to address. Wash garments in Baking Soda or non-scent detergent products. If there is blood and guts on your cuffs, mice, rats, insects, and other critters may be attracted. Down filled gear also attracts these critters.

Game calls will be covered in dry spit and any latex inserts may be cracked or damaged. Order new parts as needed. Sterilize any knives, saws, or other filthy gear.

Look at your boots and remove the inserts. Clean, recondition, and store. Give attention to socks and foot liners as well.

Using sealable storage tubs is the way to go. Label your tubs and organize the gear for next year. Seasonal tubs can be stored in the attic, or areas where you can see the labels but are not in the way.

Some gear is great for other sports as well. Keep this gear handy and service as needed.

Be Prepared for next season!

For more Montana Grant, enjoy him at www.monatanagrantfishing.com.