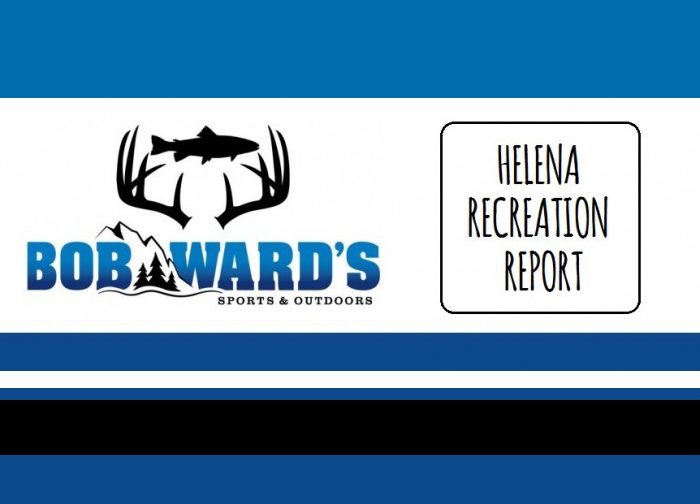 Hauser:  We’re getting some good reports of ice 8+” at White Sandy and a few good reports of guys catching some Rainbows and Walleye there.  Black Sandy also is reported to have about 8+” of ice.  The Causeway has reports of 8+” of ice as well with guys having pretty good luck with Trout and small Walleye.

Helena Valley Regulating Reservoir:  There are also reports of guys fishing out here with ice conditions ranging from 8-12 inches.  Fishing reports are good with guys catching Salmon and Perch.

Holter:  We have reports of 8+ inches of ice right now. Guys have been catching Perch pretty consistently, try fishing in 30+FOW.

Great Divide:  We’ve had a great week of snow with over a foot of new accumulation. The lower mountain currently has 47 inches of snow with 47 inches on the upper mountain.  The hill is open Thursdays from 10am-4pm, Fridays from 10am-9pm, and Saturdays and Sundays from 9:30am-4pm. There is snow in the forecast this weekend so make sure to come up to the hill and make some fresh turns.

Showdown:  The Mountain currently has a 33” base with 47” of snow at the summit. Come on up this weekend and make some turns at Showdown, Montana’s oldest running ski hill!

Whitefish Resort:  The Mountain is officially open! Whitefish currently has a 94” base and there will be 9 lifts running.  It’s time to get out and make some turns at this absolutely gorgeous mountain resort!

Big Sky Resort:  The upper mountain has an 81” base while the mid to lower part of the mountain has about 44-54” of base. Big Sky is currently running 36 lifts and has 300+ trails open so far this season.  It’s definitely time to think about heading to the resort and getting some turns in!