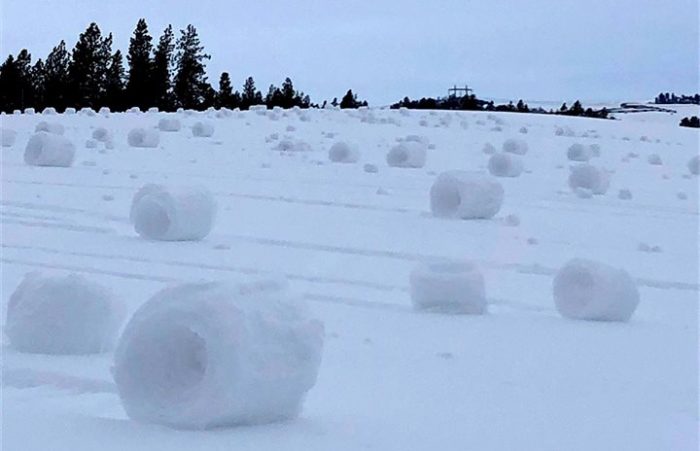 The Snow Roller Phenomenon Appears in Idaho..
By angelamontana

This is something I have never heard of or seen before.  Interesting.

Wikipedia describes a “snow roller” as a “rare meteorological phenomenon in which large snowballs are formed naturally as chunks of snow are blown along the ground by wind, picking up material along the way, in much the same way that the large snowballs used in snowmen are made. They can be as small as a tennis ball, but they can also be bigger than a car. Most snow rollers are a few inches/centimeters wide.

Alternative names for snow rollers include: snow bales, snow donuts, snownuts and wind snowballs. Unlike snowballs made by people, snow rollers are typically cylindrical in shape, and are often hollow since the inner layers, which are the first layers to form, are weak and thin compared to the outer layers and can easily be blown away, leaving what looks like a doughnut or Swiss roll.

The following conditions are needed for snow rollers to form:

Because of this last condition, snow rollers are more common in hilly areas.  However, the precise nature of the conditions required makes them a very rare phenomenon.”

Check this out! Matt Drechsel came across these rare snow rolls this morning in Worley, Idaho! They are a meteorological phenomenon where under the right conditions snow will start to roll itself.  (via KULR8) 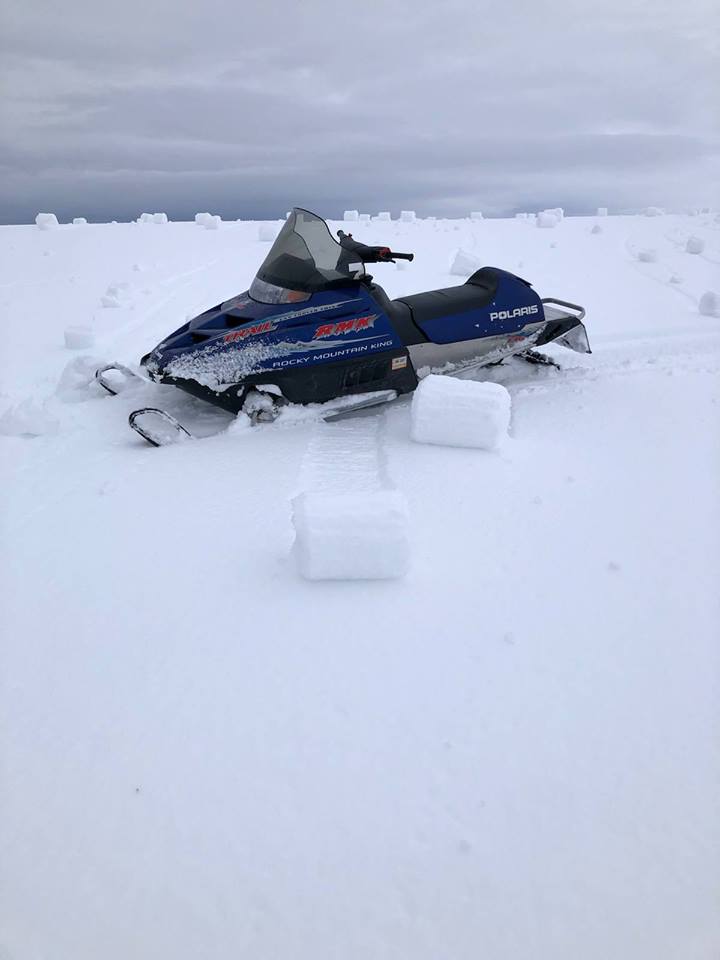