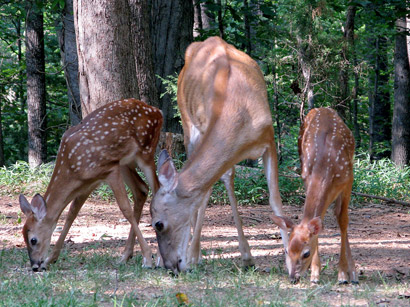 During the 2018 season, FWP collected a total of 1,922 samples from mule deer, white-tailed deer, elk and moose. FWP detected 26 new cases of CWD among wild deer, including 21 cases along the northern border in every county from Liberty County east to the North Dakota border, and five cases within the CWD-positive area south of Billings.

FWP has been conducting surveillance for CWD since 1998, and first detected the fatal disease in wild deer in 2017.

For more information about CWD, including the complete 2018 surveillance report, visit fwp.mt.gov and click on CWD.