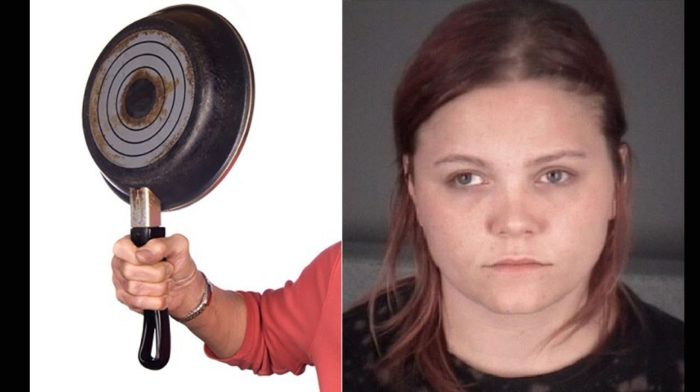 If you’re wondering what is going on in fishing news in other parts of the country, here’s an article that should make you really choose your significant other wisely….

A Florida woman is charged with domestic battery after deputies say she struck her baby’s father in the head with a kitchen pot.

Katie Lou Gottlich, 25, of Wesley Chapel, was arrested Wednesday after investigators say she got into an argument with the father of her seven-month-old baby over the father’s spending time fishing instead of helping raise their child.

The father, also identified as the suspect’s boyfriend, told Pasco County deputies he and Gottlich began to argue at their residence after he had spent “the past couple of days” fishing.

During the argument, the father said as he was walking in the backyard Gottlich threw a kitchen pot at him when he was not looking, striking him in the head.

Read the full article at KWQC.com.

(feature image via The Hunting News)