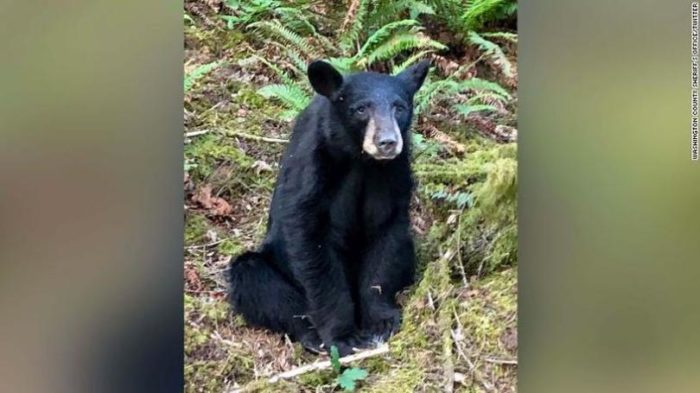 This is Oregon news, but it could happen anywhere…sadly.  A friendly sub-adult black bear, that was familiar with people who fed it and took selfies it on a regular basis, was euthanized, according to an article on CNN.

Since the beginning of June, Oregon police received regular calls about the bear, which was usually spotted near its favorite boat ramp at an Oregon park.

On Thursday, they found the animal surrounded by a pile of trail mix and sunflower seeds that appeared to have been left behind intentionally by some passersby. The police concluded the bear had grown too habituated to human interaction, and could pose a threat to people’s safety, so they made the difficult decision to shoot and kill it.

Police had previously took to Twitter to warn park visitors to avoid from the animal after they found selfies taken with the bear.

The 100-lb bear was between 2 and 3 years old and could’ve been relocated if it hadn’t grown so accustomed to human contact, Rick Swart of the Oregon Department of Fish and Wildlife told CNN.

This is just a reminder to leave wildlife alone, as you could be saving their life by doing so.  Read the full story here.