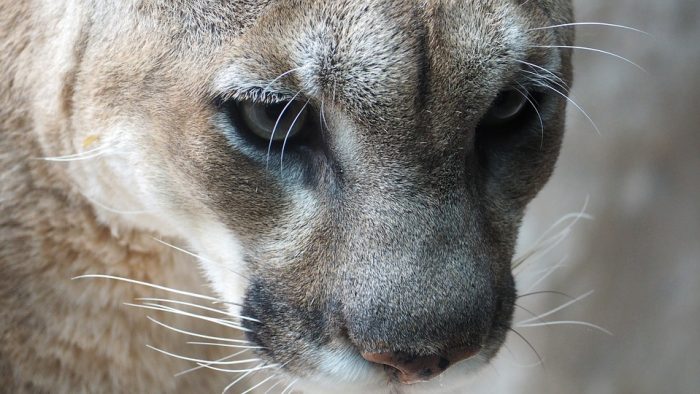 Recent sightings of a mountain lion and two kittens near Castle Rock Lake in Colstrip have prompted Montana Fish, Wildlife & Parks and local law enforcement to close a trail around the southeast side of the lake. Signs have been posted in the area.

FWP is urging people to give the lion time and space to move on. A female lion’s range can cover up to 50 square miles, and a male’s is 100 miles or more. Subadults seeking unoccupied territory can roam much farther.

The Rosebud County Sheriff’s Office has been busy fielding calls on the lion in Colstrip, and on a bear in Forsyth. On Thursday a black bear was successfully trapped near Forsyth and relocated by FWP Region 7.

“The sheriff’s office has been super proactive in getting the public safety message out,” said FWP Region 7 Warden Sergeant Chris Kerin. FWP has been working with both RCSO and the Colstrip Police Department to make the public aware of animals spotted near towns and to advise caution.

Mountain lions are most active at dusk and dawn when their prey is active, but they do travel at any time of the day or night. We do not often see them, but they are out there. FWP offers some tips on how to prevent encounters with lions or how to react if you see one:

-Do not hike alone. Go in groups, with adults supervising children.

-Keep children close to you.

-Do not let pets run unleased.

-Minimize your recreation during dawn and dusk.

-Carry a deterrent device (bear pepper spray). Know how to use it and keep it within easy reach.

-Do not approach a lion.

-Most mountain lions will try to avoid a confrontation. Give them a way to escape.

-Do not run from a lion. Instead, stand and face the animal. Do not turn your back. Make eye contact. If there are small children nearby, pick them up if possible so they don’t panic and run. Although it may be awkward, pick them up without bending over or turning away from the mountain lion.

-Do not crouch down or bend over.

-Appear larger. Raise your arms. Open your jacket if you are wearing one. Throw stones, branches, or whatever you can reach without crouching or turning your back. Wave your arms slowly and speak firmly. in a loud voice. The idea is to convince the mountain lion that you are not prey and that you may be a danger to it.

-Be vocal. Talk calmly and regularly.