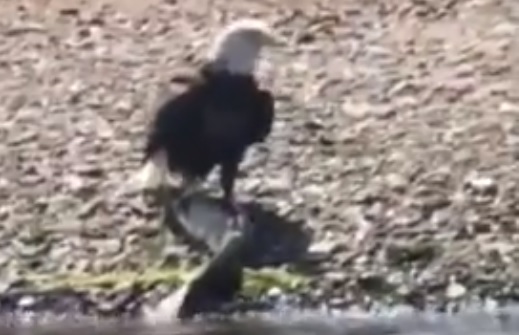 Wow.  Never underestimate the power of a bald eagle!  Dan thought this was an injured bald eagle floating in the water until he saw what it was really doing…

And this was an hour later:

This was an hour later. The musky didn’t have a chance. pic.twitter.com/raDUBRQ2PG