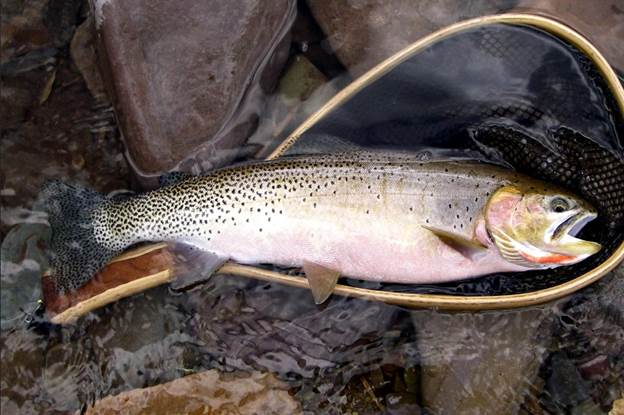 FWP Region 1 staff will be on hand at the following open houses in Region 1:

Additional open houses are scheduled across the state and more info can be found online at http://fwp.mt.gov/news/newsReleases/. On Aug. 15, the Montana Fish and Wildlife Commission will review the tentative fishing regulations before the formal public comment period begins Aug. 19. The public comment period will end Sept. 15. The final regulations will be considered at the October commission meeting.

In Region 1, the proposed changes include restricting terminal tackle to single hook on the Flathead River upstream of Teakettle Fishing Access Site (US Highway 2 Bridge), including Middle, North, and South Forks and all tributaries; and changing the largemouth and smallmouth bass limits on some waterbodies in the Western Fishing District.

FWP biologists are proposing the terminal tackle regulation in an effort to reduce handling stress and hook-related injury to westslope cutthroat trout and bull trout amid increased use and pressure. This change would prohibit treble and double hooks on those stretches of river.

In general, angling pressure has been increasing in all three forks of the Flathead River for the last decade. Population estimates for westslope cutthroat trout in the three forks are relatively low (approximately 300-500 fish per mile), according to recent FWP research. Population densities for larger cutthroat trout (12 inches and greater) are even lower (typically 30-80 fish per mile). While population numbers remain stable, approximately 45 percent of fish greater than 12 inches show signs of repeat catch, which indicates fish are being caught and released numerous times. The combination of low-density fish populations with high levels of fishing pressure could lead to problems for the sensitive fish species, and the proposed regulation would be a proactive protective measure.

Bull trout, a native fish species listed as threatened under the Endangered Species Act, use all three forks as migratory corridors. Angling for bull trout is not allowed in the Middle and North forks but anglers can catch-and-release in the South Fork, and harvest two bull trout per season with a registered catch card. Angler surveys and catch cards indicate increased pressure on bull trout.

FWP biologists conducted a survey of anglers in the upper Flathead River between Blankenship Bridge and Teakettle FAS during March 2015-February 2016. During peak season (June-August), the majority of anglers (57 percent) used fly-fishing gear while 43 percent used other gear, including artificial lures and bait.

The department is asking for public comment on the tentative fishing regulations. Input can be submitted via email at FWPregs20@mt.gov; or via mail to Fishing Regulations, P.O. Box 200701, Helena, MT 59620; or through a survey link, which will be available on the FWP website starting Monday, Aug. 19. FWP will accept public comment through Sept. 15, and the online survey will also be active through Sept. 15.