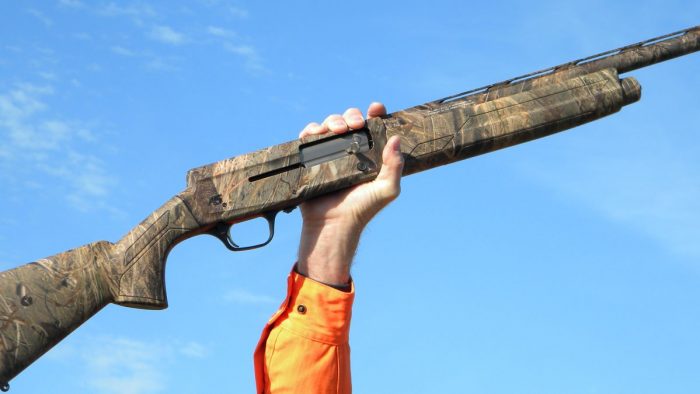 When Deterring a Bear, Shotgun Ammo is an Ineffective Solution with Unnecessary Lethal Outcomes
By angelamontana

Kalispell, MT — On July 15, Montana Fish, Wildlife & Parks received a report of an injured black bear dragging its lower body in the foothills of Kila. The following morning, the bear was euthanized because of its injuries.

Veterinarians at Central Valley Animal Hospital X-rayed the animal and discovered it was shot with birdshot and likely a pistol. The trash contents in the bear’s stomach indicated that it had visited a residential garbage can. The birdshot pellets broke several vertebrae in front of the bear’s pelvis and inflicted extensive damage to the soft tissue surrounding the area. According to the veterinarian, the sciatic nerve was likely disturbed, leaving the bear partially paralyzed.

It is a common misconception that shotgun ammunition is a good way to chase away a bear. In reality, target or bird-hunting shot is an ineffective solution that often leads to unnecessary outcomes. Bears have relatively thin skin and shotgun ammunition can be extremely harmful and even lethal. Also, this class of ammunition is most commonly made of lead pellets, which can be poisonous to the bear as well as any scavenger that consumes it after death.

“Some people are under the false impression that ‘peppering’ a bear with a shotgun is a safe way to discourage a troublesome bear,” said Dr. Dennis Dugger of Central Valley Animal Hospital. “The shot is actually very harmful and often leads to blindness, infection and even death.”

The use of birdshot often results in a debilitating injury that can create an inability for the animal to sustain itself on natural food sources, creating a larger management issue.

It is illegal to harm, harass or kill grizzly bears, which are federally protected as a threatened species. It is also illegal to feed wildlife such as bears.

“I don’t recommend shooting towards bears with firearms or even BB-guns to scare them out of your trash,” FWP Warden Captain Lee Anderson said. “It is often an ineffective hazing tool and depending on the circumstances, it can be illegal. We have investigated cases of people intending to scare bears and inadvertently killing them with small caliber rifles (.22), birdshot from shotguns or ricochets from other firearms.”

The best way to avoid conflicts with bears is to remove or secure food attractants. If a bear does not receive a food reward it is far less likely to show up in the first place or return.

Attractants are often items such as garbage, pet and livestock food, birdfeeders, and fruit trees, but also include livestock, compost, gardens, outdoor food cookers, and beehives.

Deterrents like electric fences don’t prevent bears from smelling the attractant but prevent the animal from obtaining a food reward. It is also possible that you are taking all the proper steps toward deterring a bear conflict, but the neighbor may not be, and a bear could be using your property to access their food source. In circumstances like these, some negative conditioning/non-lethal animal repelling techniques like those listed above could be applicable.

It is very important to always remain at a safe distance – at least 100 feet – from a bear. Often yelling and shouting accompanied by turning on lights are enough to deter a bear and convince them to leave the area. FWP recommends people carry bear spray in the outdoors and know how to use it.