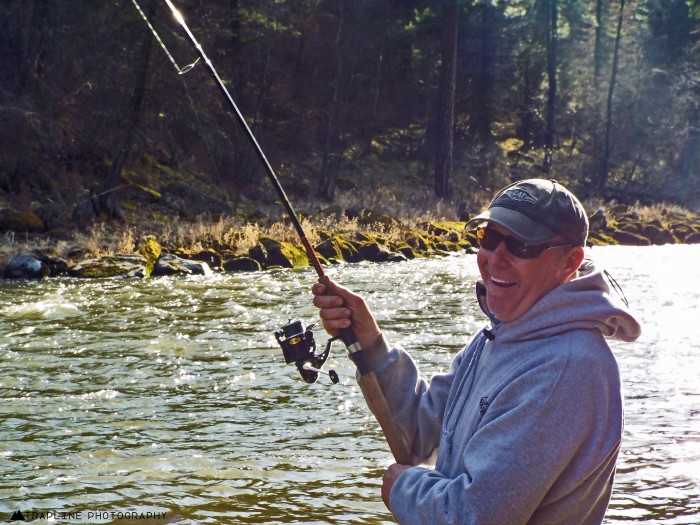 Steelhead angler effort on the upper Salmon River noticeably increased over the past week. Most bank anglers were interviewed downstream of North Fork while boat anglers were more commonly encountered upstream of Deadwater. Angler effort upstream of Salmon, ID in location code 17 remained low. Additionally, effort during the weekdays was higher than the weekend. This was mainly due to cold and windy weather that moved into the area on Saturday.

River conditions remained great throughout the week. On Sunday the river’s visibility was clear and water temperatures were in the low 40s. Currently the Salmon River near Owl Creek is flowing at 1,920 cfs which is 96% of average for today’s date.