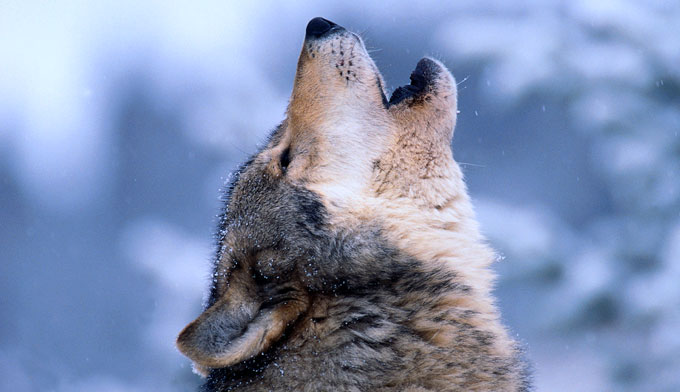 ALL BARK, NO BITE!!!
By Montana Grant

Was the finding of the latest wolf survey in Yellowstone Park. For the first time in 24 years, it was found that 2018 was the first year that there was no evidence of wolves killing each other!

This data and review can be found in the 2018 Yellowstone Wolf Project Annual Report. Detailed information about packs, pups, survival, and mortalities can be reviewed.

Seven wolf deaths were recorded among park packs in 2018. The most reported death was of a female wolf, tag #926F, killed by a hunter near Silver Gate, the Northeast Park Entrance. This legal harvest was condemned in the national news.

Another mortality was documented of a hermaphrodite, near Cougar Creek. This wolf was identified as 1116U. The wolf was shot outside of the park. When the wolf had been previously tagged, the “U” denoted that it was neither male nor female. This was the first time that this trait was recorded.

When populations grow, more conflict and wolf on wolf deaths occur. The largest packs in the Park are around 20 wolves in size. Their population changes annually as the result of age, disease, migration, and competition. Male bears also tend to kill bear offspring.

Wolves target elk as their main food source. They also recorded the death of a Grizzly Bear from wolves. The documented wolf buffet consisted of 95 elk, 25 bison, 11 mule deer, 2 coyotes, 2 antelope, and a few unidentifiable kills. The elk that were killed were 22.1% calves, 6.3% yearlings, 22.1% adult females, 37.9% adult males, 3.2% unknown sex, and 8.4% unknown sex and age. This data is a result of actual kill site examinations by the research team. 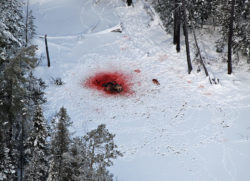 In 2019, several large wolf litters were observed. This rebuilding year saw litters as large as 11 pups. This Slough Creek den was down to 3 pups at the end of the Summer. It is unknown how the other pups died.

Its rough being a wolf!

For more Montana Grant, bark at him at www.montanagrantfishing.com.