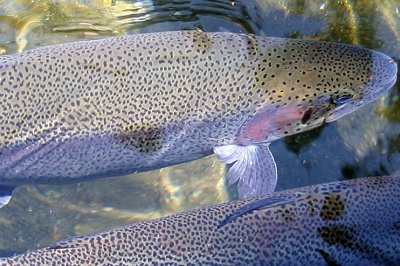 Big Bill, the huge rainbow trout, at the Ennis hatchery has been avenged. Apparently 2 juveniles were arrested for the vandalism, crime, slaughter, and murder of Big Bill, and his schoolies.

The trout hatchery south of Ennis cares for adult rainbow trout that are used for brood stock. Ennis is the largest brood stock hatchery in their system. 23 state and tribal hatcheries receive their eggs from this important facility. 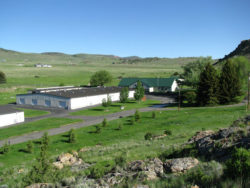 Big Bill was one of these trout that has helped spawn millions of eggs over his 7 years in the program. At 12 pounds, Big Bill was well named. The Ennis Hatchery produces 20 million eggs annually. 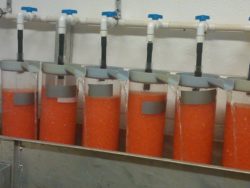 Montana has been one of the last best places where we could leave doors and gates unlocked. Sadly, times are changing. Gates and security cameras have now been upgraded and monitored. This people friendly facility is now under lock and key.

The Madison County Sherriff’s office have charged the 2 suspects with felony aggravated animal cruelty and misdemeanor criminal mischief. The two vandals entered the facility on a yellow ATV. Once in, they used ice chopping tools, and hoes to chop, slash, and mutilate the large trout in the confined troughs. The tools handles were all broken from the aggressive assault.

The incident happened on Oct. 27th between 8:30 and 10am. The culprits were driven off by a resident employee, but not until several dozen trout were killed, or injured. Big Bill was targeted due to his massive size.

For more Montana Grant, hatch him at www.montanagrantfishing.com.